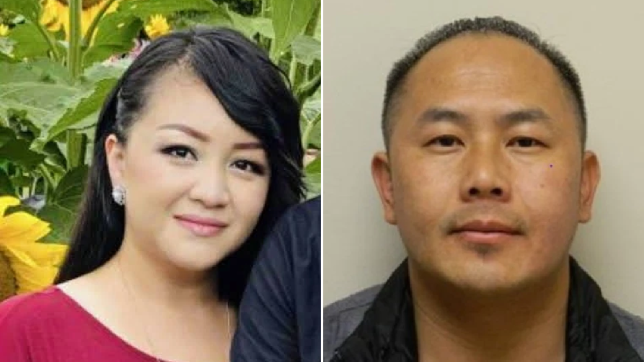 Bao Yang (left) and Doua Por Lao (right) were killed in a murder-suicide at her home. (Pictures: Vichai Vang/City of St Paul)

A freed ex-rape suspect allegedly murdered his ex-girlfriend before fatally shooting himself. Convicted sex offender Doua Por Lao, 39, found Bao Yang, 39, at her home on Saturday and committed the murder-suicide just 19 days after a judge freed him from bars.

Police discovered Lao and Yang both with gunshot wounds outside her home in St. Paul’s Greater East Side neighborhood, the St. Paul Pioneer Press reported on Monday.

Lao died at the scene, while Yang, a nurse and mother of two, died at a hospital.

Yang in August 2019 accused Lao of pushing his way into her home, throwing her on a couch and raping her. She claimed he shaved her head with clippers after saying he saw a video online of a man doing the same to a woman who cheated. Yang decided against pressing charges but changed her mind after other incidents with Lao.

But after a judge let Lao out of jail, he tracked her down at her home one final time, it is claimed.

Yang’s 21-year-old son Vichai Vang said his mother’s life ‘was taken away due to domestic violence.’

‘Her life was taken too soon and we are all still grieving and in shock,’ stated in a GoFundMe fundraiser. ‘Words can’t describe what my family and I are going through.’

Yang also had an 11-year-old son and worked two to three jobs while going to school to become a registered nurse, which she was licensed for a few years ago.

‘She was always smiling and always laughing. She was so full of life,’ Vang wrote. ‘All she ever wanted was to raise my little brother in the best life she could give him.’

Lao was a Level 3 sex offender – the most dangerous type – who ‘held a known female teenager against her will and engaged in sexual contact,’ Minnesota’s sex offender registry shows.

Is YOUR toddler gifted? Look for these signs including being curious, sleeping less than others their age & high energy