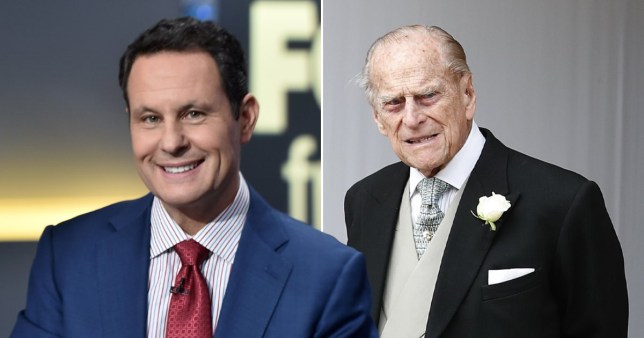 A Fox News presenter has come under fire for suggesting Harry and Meghan’s Oprah interview contributed to Prince Philip’s death.

The Duke of Edinburgh died today, after four weeks in hospital and a procedure for a pre-existing heart condition. While he was in hospital, Harry and Meghan’s bombshell interview aired and rocked the Royal Family.

The Duke and Duchess of Sussex were criticised for the interview’s timing by presenters such as Piers Morgan, who said at the time: ‘I think the damage she’s done to the British monarchy and to the Queen, at a time when Prince Philip is lying in hospital, is enormous and frankly contemptible.’

Today, as the news about Prince Philip broke, Brian Kilmeade made reference to this on Fox and Friends and quoted reports which suggested the Duke was ‘enraged’ at the claims made by his grandson and wife.

He said: ‘There are reports that [Philip] was enraged after the interview and the fallout from the interview with Oprah Winfrey, so here he is trying to recover and he’s hit with that.

‘Piers Morgan was saying on his morning show, which he famously walked off of, is like “Really? Your grandfather is in the hospital, you know he’s not doing well, is this really the time you have to put out this interview?” Evidently, it definitely added to his stress.’ 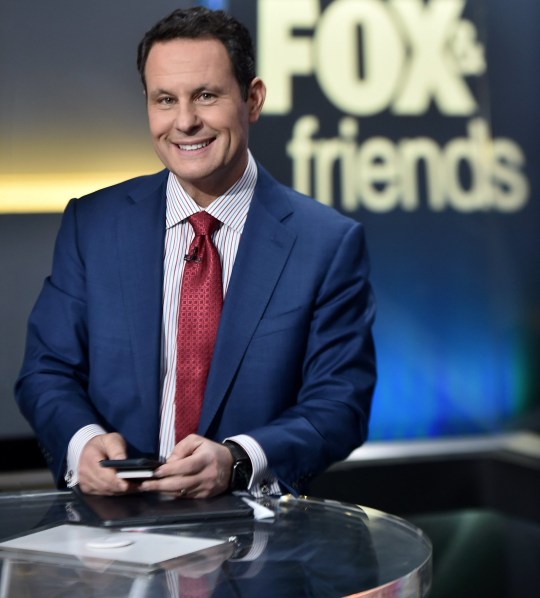 Brian Kilmeade referenced Piers Morgan as his source for Prince Philip being enraged at the interview (Picture: Getty Images) 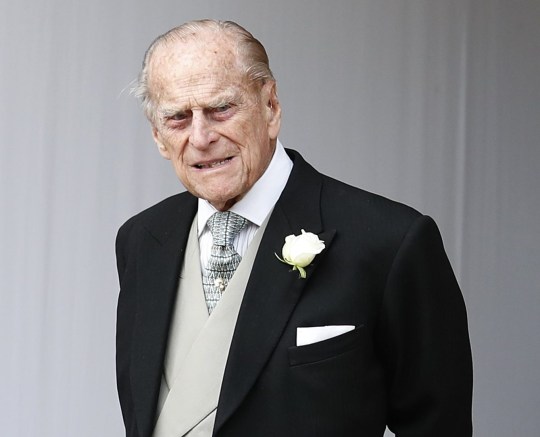 Many have hit back on Twitter, with Derek Cortez, from Kentucky, quipping: ‘“A 99yr old man is dead, 2 months shy of his 100th birthday. And it’s that colored gals fault” – Brian’.

American author and art director, Majid M Padellan, said: ‘Happy Friday to everyone except Brian Kilmeade because hoo boy that is one seriously racist asshole blaming the death of decrepit Prince Philip on Meghan Markle.’

Happy Friday to everyone except Brian Kilmeade because hoo boy that is one seriously racist asshole blaming the death of decrepit Prince Philip on Meghan Markle.

Referring to Virginia Giuffre’s allegations against Prince Andrew, healthcare advocate Kendall Brown tweeted: ‘“He could handle his son turning out to be a pedophile, but a Black woman being out in the world, living her life was just TOO FAR.” -Brian Kilmeade basically’. 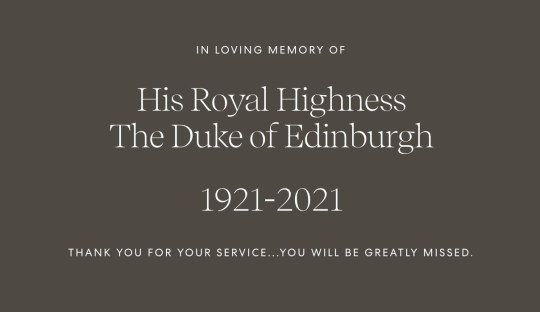 Harry and Meghan have paid tribute to the Duke of Edinburgh on their Archewell website (Picture: archewell.com)

Harry and Meghan have paid tribute to the Duke on their Archewell website with a message that reads: ‘In loving memory of His Royal Highness The Duke of Edinburgh. 1921-2021. Thank you for your service… you will be greatly missed.’

The MailOnline quoted a source close to the family as saying Prince Harry would return to the UK, for the first time since quitting as a working royal, for his grandfather’s funeral.

They said: ‘Harry will absolutely do his utmost to get back to the UK and be with his family.

‘He will want nothing more than to be there for his family, and particularly his grandmother, during this awful time.

‘Meghan is obviously pregnant so she will need to take advice from her doctors about whether it is safe for her to travel, but I think Harry will definitely go.’

Harry was reportedly close to Prince Philip who is said to have taken Harry and William under his wing when Diana died.

In a recent interview with James Cordon, Harry joked about Zoom calls with Philip who just slammed the laptop down when he was finished with the chat instead of pressing ‘leave meeting’.