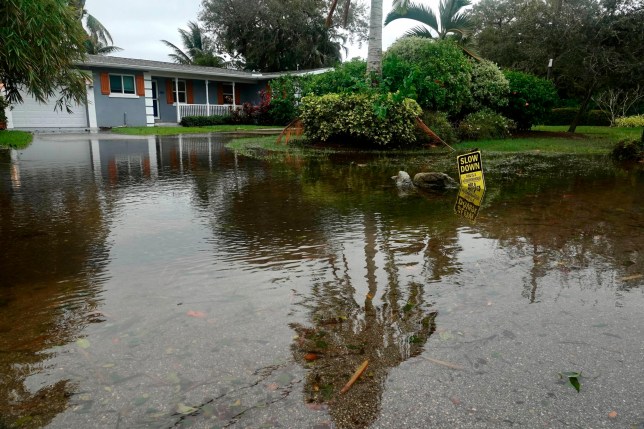 Tropical Storm Nicole left four dead and hundreds of thousands without power as it moved north of Florida on Thursday night (Picture: AP)

The four people reported dead were all in Orange County, officials said on Thursday. Orange County is located in central Florida and is home to the city of Orlando.

‘To date, we have four probable storm related deaths in Orange County,’ Mayor Jerry Demings stated at a press conference on Thursday.

Two people were electrocuted by downed power lines, the mayor confirmed. They were killed while getting out of their car around 9.30am on Thursday morning. 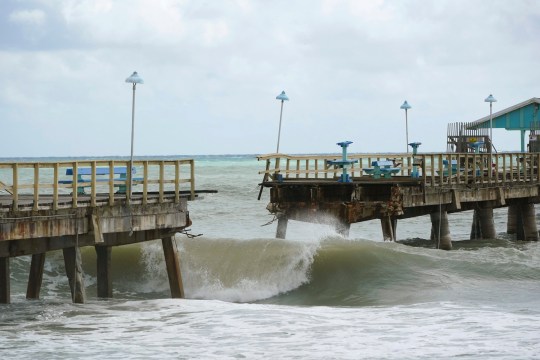 Part of Anglin’s Fishing Pier is shown after it collapsed into the ocean after Hurricane Nicole arrived in Lauderdale-by-the-Sea (Picture: AP)

‘This really is a reminder to use extreme caution while out after a storm,’ Demings said. ‘Never touch a downed power line, always assume it is a live wire.’

The other two deaths occurred as part of a ‘crash related incident’ on the Florida Turnpike, the mayor said. The Florida Highway Patrol is investigating the incident. 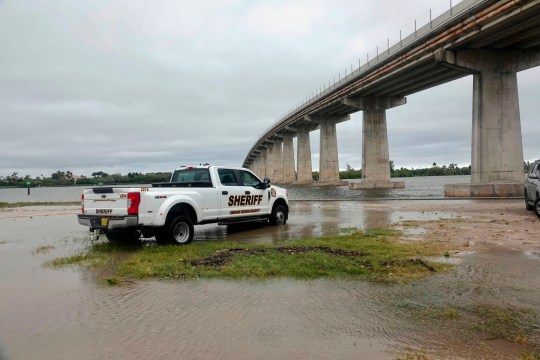 At least 25 single family homes were evacuated along the beach after being declared structurally unsafe in Wilbur-by-the-Sea, Volusia County Sheriff Mike Chitwood said on Thursday morning.

By Thursday afternoon, the sheriff shared video footage of collapsed homes along the city’s coastline.

‘The devastation is almost impossible to comprehend,’ Chitwood said in a social media post.

Nicole also devastated the state’s power grid. About 330,000 customers – 2.9% of the state’s total – were without power on Thursday, Governor DeSantis confirmed. After declaring a state of emergency earlier this week, the governor’s office mobilized 16,000 linemen to respond to downed power lines across the state.

Nicole began as a subtropical storm forming in the Atlantic Ocean north of the Bahamas on Sunday. As it moved south into the island nation, it gained power and was reclassified as a category 1 hurricane. 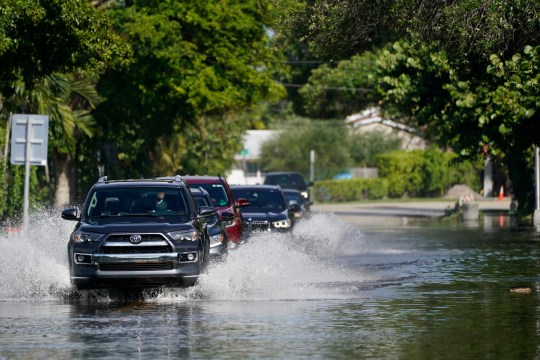 Cars make their way along a stretch of State Road A1A that was flooded after Hurricane Nicole in Pompano Beach (Picture: AP)

Nicole made landfall on the continental United States on Thursday near Vero Beach, Florida. Shortly after it began moving up the Sunshine State, it was downgraded again to tropical storm.

The massive storm system with a radius of 450 miles from its center moved up the peninsula slowly all day on Thursday. By late Thursday night, it was downgraded again to a depression.

Who was Tia Sharp, when was she murdered by Stuart Hazell and what has her father Steven Carter said about her death?

Black Panther 2: Everything you need to know, including credits scene