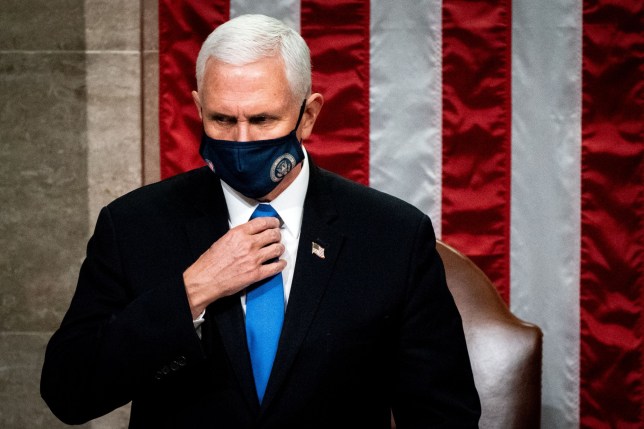 Former Vice President Mike Pence had surgery to implant a pacemaker after he experienced a slow heart rate, his office revealed on Thursday.

Pence, who served under President Donald Trump, had been feeling symptoms linked to a slow heart rate for the past two weeks and followed his doctors’ advice to have the procedure on Wednesday, his office said in a statement. The procedure was performed at Inova Fairfax Medical Campus in Falls Church, Virginia.

‘The routine surgery was successful, and he is expected to fully recover and return to normal activity in the coming days’, the statement from Pence’s office read.

While governor of Indiana and the Republican vice presidential nominee in 2016, Pence disclosed his medical history. It included a diagnosis of asymptomatic left bundle branch block.

Pence in a statement said: ‘I am grateful for the swift professionalism and care of the outstanding doctors, nurses and staff at Inova Heart and Vascular Institute. He named Dr Brett Atwater and Dr Behnam Tehrani, as well as his longtime physicians in Indiana, Dr Michael Busk and Dr Charles Taliercio.

‘My family has been truly blessed by the work of these dedicated healthcare professionals’, Pence stated.

Pence is rumored to be exploring a bid for president in 2024. Since leaving Washington, DC, Pence has delivered speeches, joined conservative groups, written op-eds and launched an advocacy group hailing the Trump administration’s accomplishments.

His relationship with Trump became rocky at the end of their terms in office, after he refused to follow Trump’s request that he overturn the November presidential election results. Pence presided over the counting of electoral college votes that officially made Joe Biden president.

Meanwhile, Trump also appears to be eyeing a run for president in 2024, and recently received early endorsements from senators including Marco Rubio, Rand Paul and Ron Johnson.