The secret deals and hidden assets of some of the world’s richest and most powerful people have been revealed in the biggest trove of leaked offshore data in history.

Known as the Pandora papers, the cache includes 11.9m files from companies hired by wealthy clients to create offshore structures and trusts in tax havens such as Panama, Dubai, Monaco, Switzerland and the Cayman Islands.

They expose the secret offshore affairs of 35 world leaders, including current and former presidents, prime ministers and heads of state. They also shine a light on the secret finances of more than 300 other public officials such as government ministers, judges, mayors and military generals in more than 90 countries.

US sees drop in Covid cases and hospitalizations

San Francisco’s famous cable cars returned to service in September after many months on pause because of Covid. Photograph: Anadolu Agency/Getty Images

A dramatic drop in Covid hospitalizations and a 29% fall in confirmed cases have been welcomed as a sign that the Delta wave has peaked in the US.

The downward trend has been attributed to increased immunity – because of vaccination or natural infection – and because of more risk-averse behavior. However, seven states have reported at least a 14% increase in cases over the same period.

In the US, the vaccination rate has slowed owing to a mix of political and religious opposition, fears over safety, and concerns from communities of color wary of previous racist treatment by healthcare institutions. The proportion of the population fully vaccinated is 56%.

An oil spill of at least 126,000 gallons (572,807 liters), one of the largest in Southern California’s ignominious sea life protection history, fouled popular beaches and killed wildlife off Orange county.

The oil created a miles-wide sheen in the ocean and washed ashore in sticky, black globules along with dead birds and fish – causing a four-mile beach closure as strong fumes from the oil were carried on the sea breeze.

Officials canceled the final day of the annual Pacific air show that typically draws thousands of spectators to Huntington Beach. The oil slick originated from a broken pipeline connected to an offshore oil platform known as Elly, according to an official.

Sanders urges progressives to be firm in Biden agenda battle 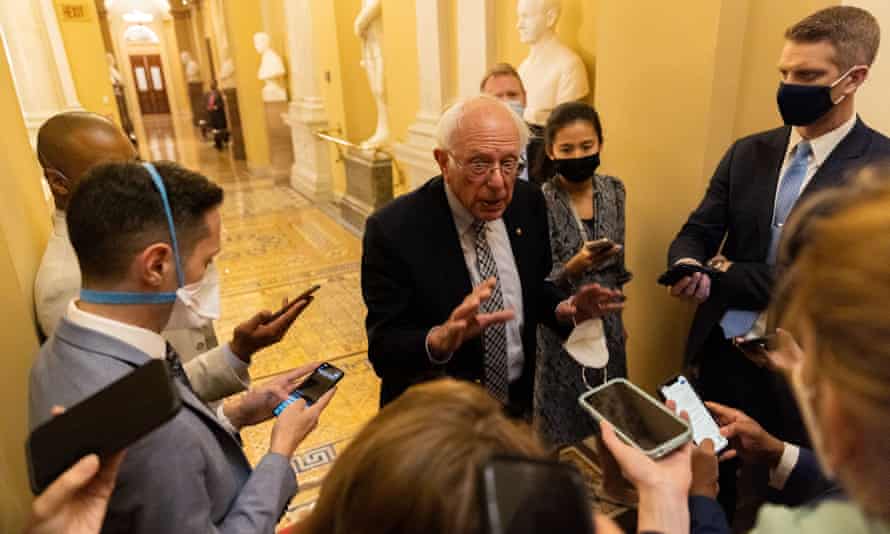 The senator Bernie Sanders has said the outcome of the next few weeks will be critical not just for the future of American working families but also for the country’s political future, amid uncertainty over whether two massive legislative bills central to Joe Biden’s economic and social policy agenda would pass.

Biden’s two key legislative measures – the $1tn infrastructure bill and the $3.5tn social and environmental plan – hang in the balance amid skepticism from a handful of Democratic centrists. 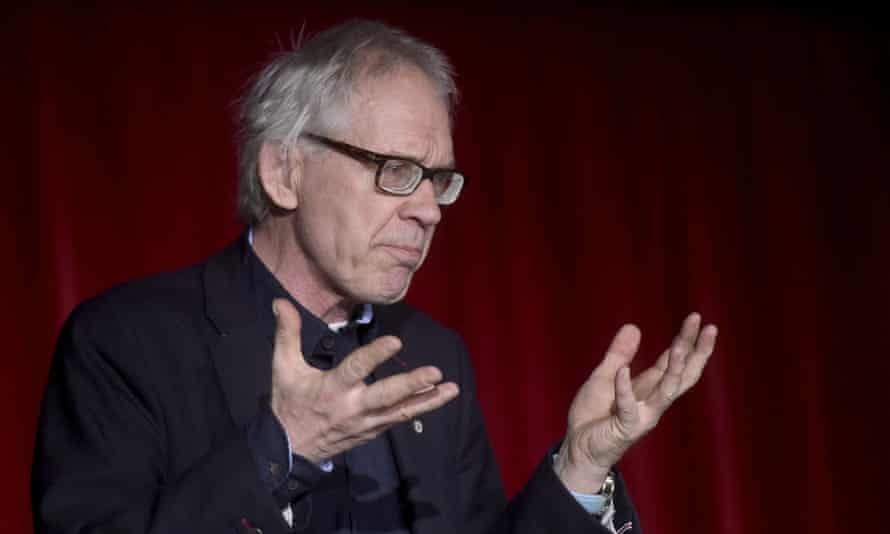 Lars Vilks was largely unknown outside Sweden before the Muhammad drawings were published. Photograph: Lehtikuva Lehtikuva/Reuters

Stat of the day: teacher vacancies rise up to 67% in some states 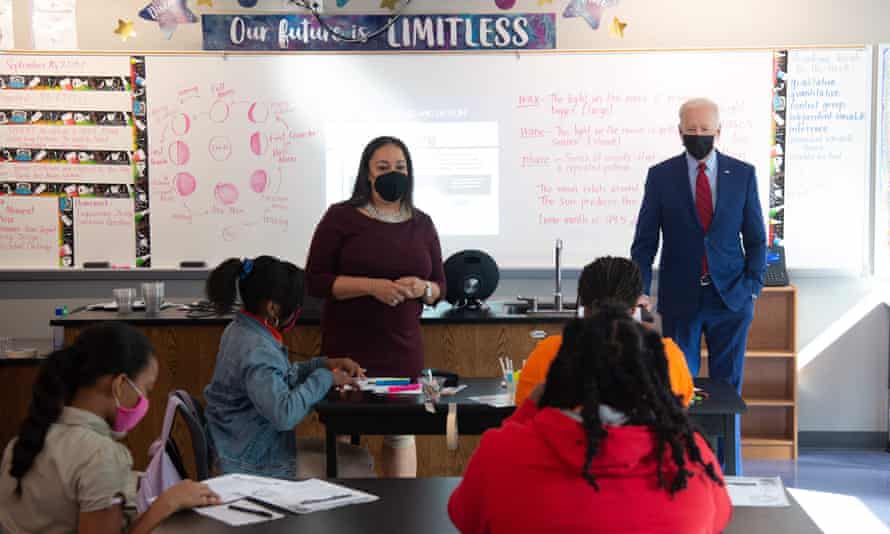 Teachers around the US are quitting or retiring early amid frustrations about Covid. In Florida, teacher vacancies increased by more than 67% compared with August 2020, with a 38.7% increase from August 2019. Elsewhere, public schools in Michigan recorded a 44% increase in midyear teacher retirements this past school year compared with the 2019-20 school year. In Fort Worth, Texas, the school district had 314 vacant teacher jobs at the beginning of this school year, compared with 71 in 2019.

Don’t miss this: how Covid changed the way we see our faces 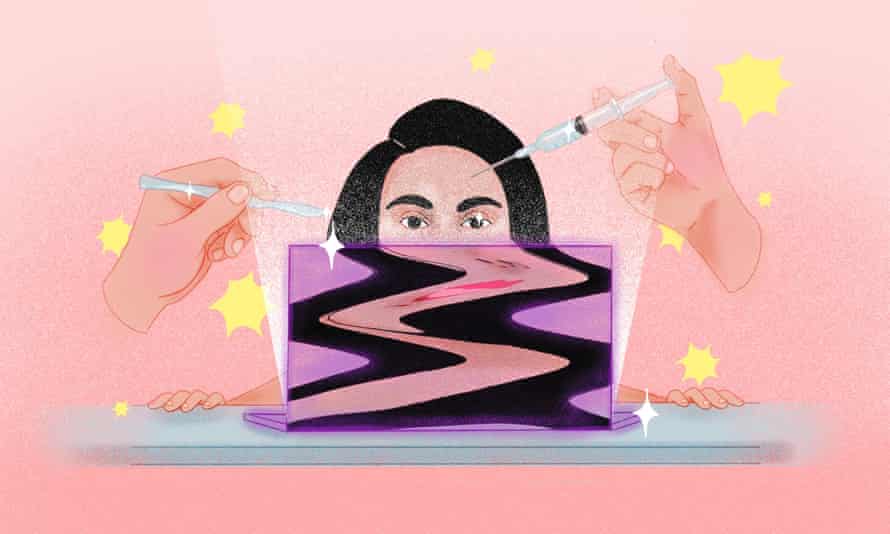 ‘It feels juvenile as a 40-year-old woman to think about my looks like a teenager, because there are bigger problems in the world.’ Illustration: Ulises Mendicutty/The Guardian

A Massachusetts dermatologist who coined the term “Zoom dysmorphia” amid a rise in remote meetings during the pandemic has said that even with the return to workplaces for many, consultation requests for cosmetic procedures are not slowing. After her clinic reopened for in-person appointments last summer, Shadi Kourosh noticed a huge rise in demand for cosmetic procedures such as Botox, injectable fillers, laser resurfacing and chemical peels. 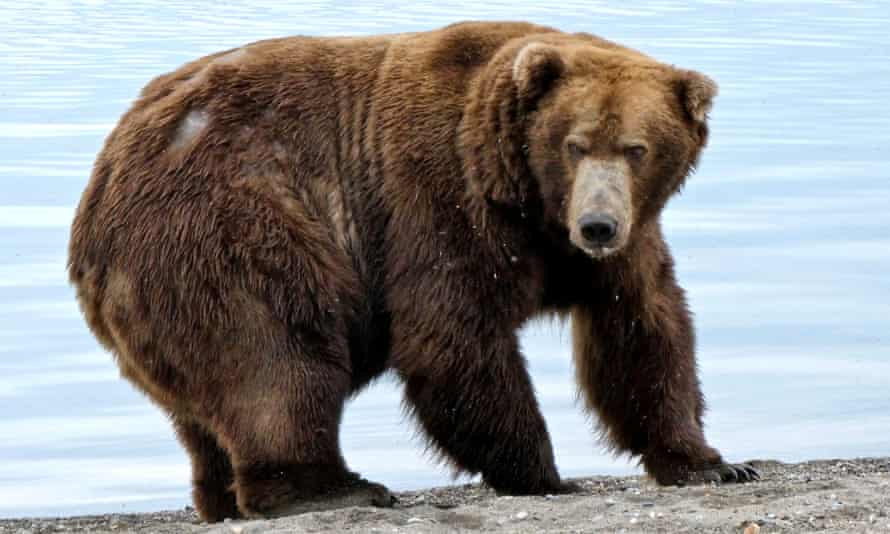 A seven-year-old competition held in October to choose the fattest, most gorged and hibernation-prepared bear in Katmai national park and preserve in Alaska is to go ahead as part of Fat Bear Week. The interpretation and education program manager at the park said dominant adult males might catch and eat more than 30 fish a day and weigh more than 1,000lb by winter. “When you look at how much weight bears need to gain to survive six months of famine, you can’t help but cheer them on,” she said.