The FBI has confirmed that human remains found along the border of Grand Teton national park are those of 22-year-old Gabby Petito, who disappeared while on a cross-country road trip, and that her manner of death was homicide.

Petito disappeared while on a cross-country road trip with her fiance, who is now being sought by authorities in Florida. The FBI requested for anyone with information about Brian Laundrie’s role in Petito’s death to contact the agency.

The disappearance and death of Petito and the police hunt for her boyfriend have generated a whirlwind online, with a multitude of armchair detectives and others sharing tips and theories.

Kamala Harris on expulsions at US border: ‘Human beings should never be treated that way’

Kamala Harris and Chuck Schumer have added their voices to criticism of the treatment of Haitian migrants at the US-Mexico border who were corralled by US border patrol agents riding horses and allegedly wielding reins such as whips.

Asked on Tuesday about footage of the incident, the vice-president said she supported investigations of the matter and intended to speak to the homeland security secretary, Alejandro Mayorkas.

Harris said: “What I saw depicted, those individuals on horseback treating human beings the way they were, was horrible … Human beings should never be treated that way,” she said. “And I’m deeply troubled about it.”

On Tuesday in Washington, Schumer addressed himself to Joe Biden, saying the images of Haitian migrants being treated with violence was “completely unacceptable”, and said Biden needed to seek accountability. 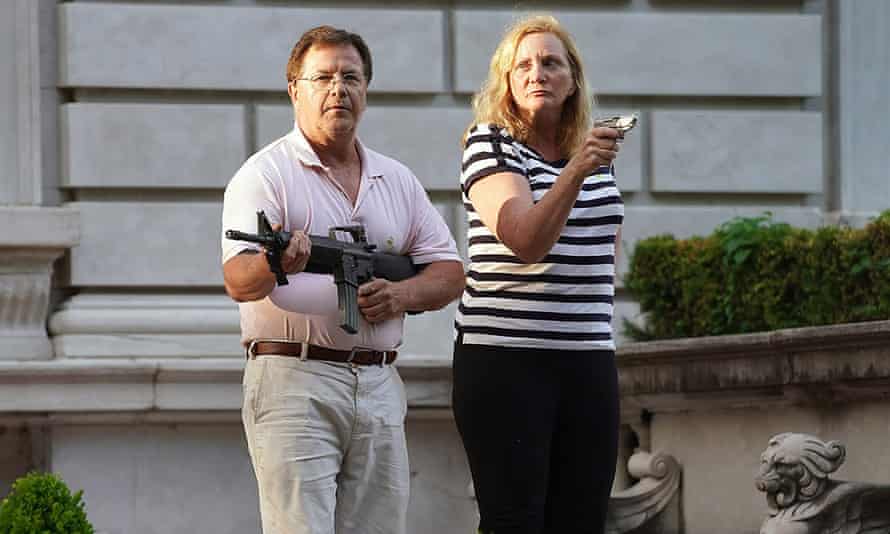 Mark and Patricia McCloskey, a Missouri couple who pointed guns at protesters marching for racial justice last summer, could have their law licenses revoked.

In June 2020, protesters demonstrating about the murder of George Floyd were walking through the gated community on their way to the house of the then mayor of St Louis, Lyda Krewson. Widely circulated video showed Mark McCloskey pointing an AR-15 style rifle at them and his wife holding a semiautomatic pistol.

Willie Garson, Sex and the City and White Collar actor, dies at 57 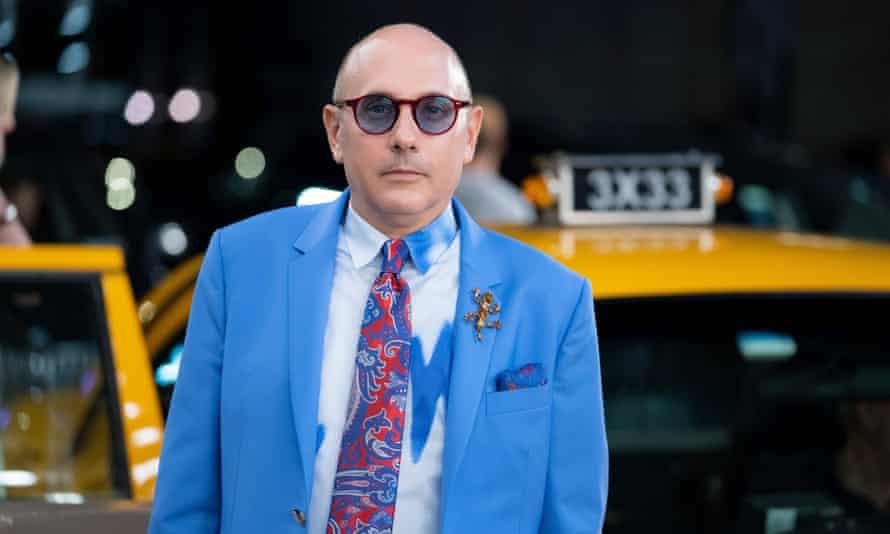 Willie Garson, the actor best known for his role as Stanford Blatch in the original series of Sex and the City, has died at the age of 57.

Garson won the hearts of fans of the popular HBO series, which first aired in 1998 and ran for six seasons, playing Carrie Bradshaw’s closest male friend, the talent agent Stanford. Garson also appeared in the follow-up films, Sex and the City, and Sex and the City 2. He was recently reprising the role in a reboot of the TV series, And Just Like That, which is currently in production.

Information about the cause of Garson’s death has not been officially released, but Michael Patrick King, the executive producer of Sex and the City and And Just Like That, said in a statement on Tuesday that Garson had been sick.

“The Sex and the City family has lost one of its own. Our amazing Willie Garson,” King said. 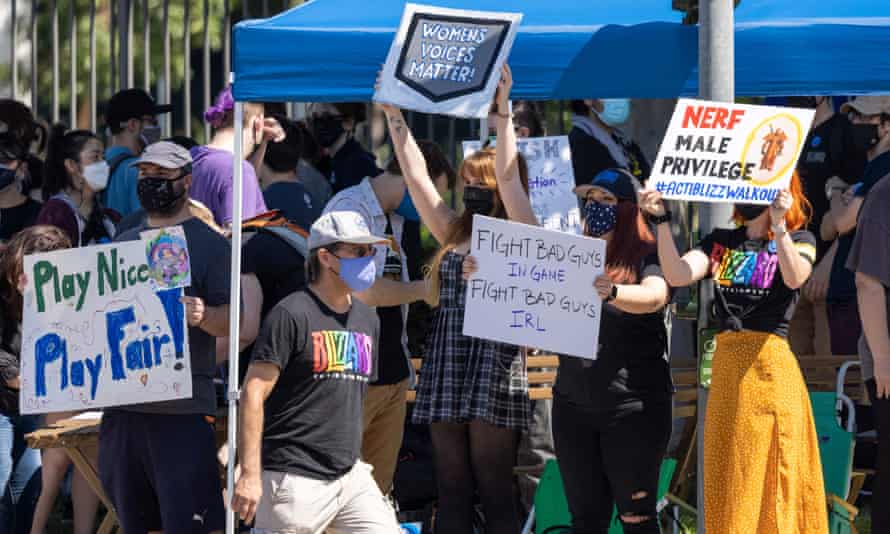 Activision Blizzard employees call for changes in conditions for women and other marginalized groups, in Irvine, California, in July. Photograph: David McNew/AFP/Getty Images

Stat of the day: Boris Johnson admits he has six children 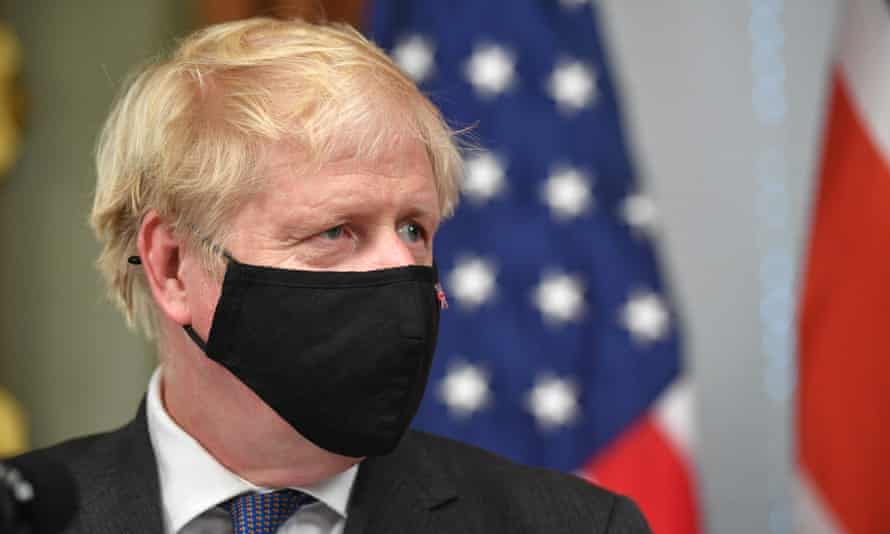 Johnson has a one-year-old child, Wilfred, with his wife, Carrie Johnson. The couple are now expecting another baby. Photograph: Mandel Ngan/AFP/Getty Images

The British prime minister has admitted for the first time that he has six children, claiming in an interview on US television that he “changes a lot of nappies”. Johnson, who has previously tended to avoid questions about his notoriously complex family life, has been divorced twice, and conceived a daughter during an extramarital relationship. It has been reported that Johnson could have conceived another child or children beyond those known about, but he has refused to discuss this. But when an NBC interviewer put to him that he has six children, he replied: “Yes.”

Don’t miss this: How did America end up with the world’s largest tiger population? 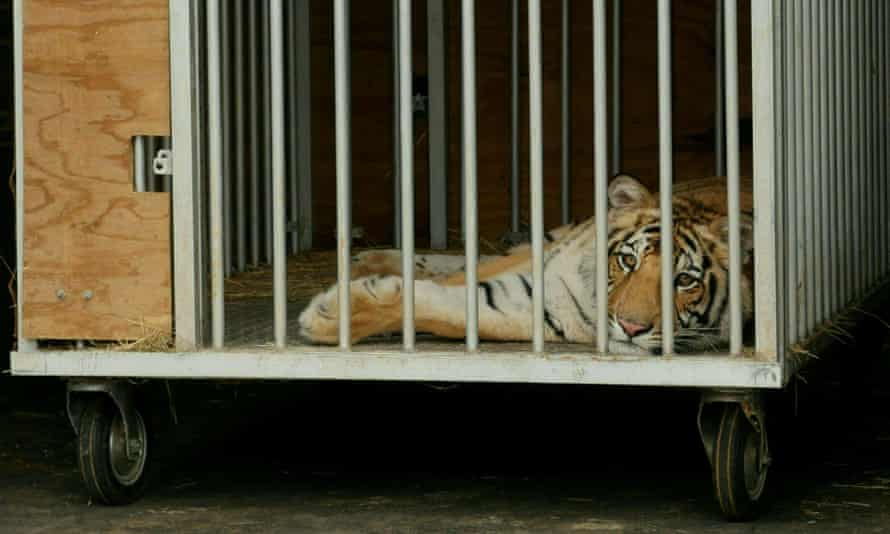 A nine-month-old Bengal tiger, which was seen roaming the lawns of suburban Houston, in a cage after being captured by authorities in May 2021. Photograph: Francois Picard/AFP/Getty Images

There are about 10,000 tigers in the US. Thirty states allow private ownership of predatory exotics such as tigers. The requirements are deceptively simple: a USDA conservation label form and a $30 license. Nine states require no permit or license whatsoever. This allows virtually anyone to own, breed and sell tigers. While listed as “endangered” under the federal Endangered Species Act, the law allows private possession of captive-bred tigers as long as they’re used for “conservation”, but experts say no tigers bred in captivity are ever released. In 1900, there were about 100,000 tigers in the wild. Today, about 4,000 remain in a handful of nations. If none return to the wild, how does private possession of the feline benefit the species?

Climate check: The Dixie fire is almost out, but its inhospitable ‘moonscapes’ remain 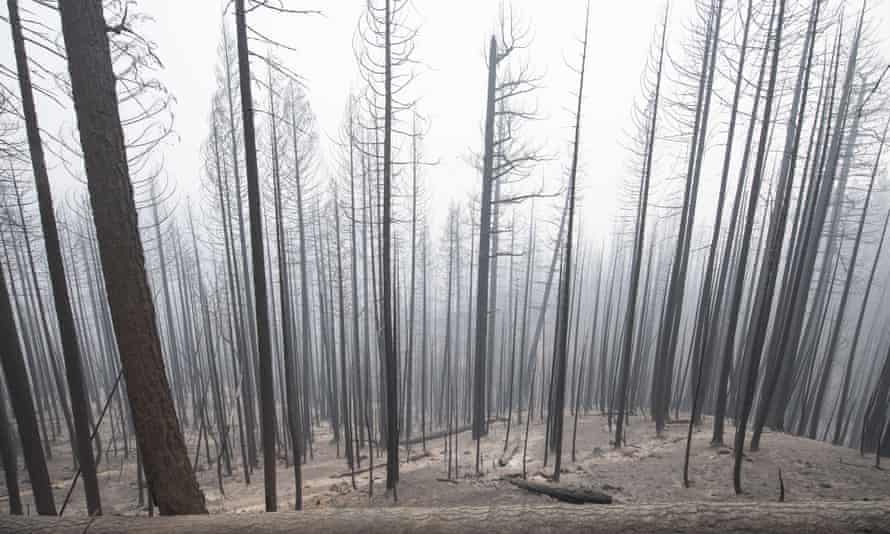 The charred forest outside Greenville, California. The Dixie Fire has burned over a half million acres. Photograph: Terry Schmitt/UPI/REX/Shutterstock

After more than two months, the battle to contain the Dixie fire – a behemoth blaze that swept nearly 1m acres, leveling mountain towns and blackening the conifer-covered landscape – is nearing its end. But even after the fire crews pack up, threats remain for the plants and animals that call this area home. Scientists are warning that the severity of today’s wildfires – which are fueled by warmer, drier conditions and an overabundance of parched vegetation – is making the recovery process increasingly challenging, sometimes for years after the flames are put out.

Last thing: Mathematicians discover music really can be infectious – like a virus 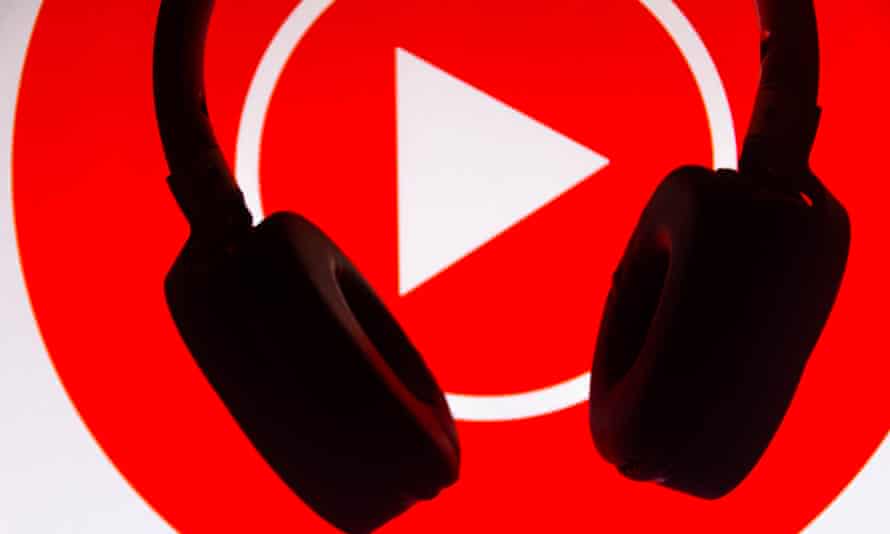 Electronica appears to be the most infectious music genre, according to the research. Photograph: Rafael Henrique/SOPA Images/REX/Shutterstock

New music download patterns appear to closely resemble epidemic curves for infectious disease, according to research. Dora Rosati, lead author of the study and former graduate in maths and statistics at McMaster University in Ontario, Canada, along with colleagues, wondered whether they could learn anything about how songs become popular. The research, published in Proceedings of the Royal Society A: Mathematical and Physical Sciences, found mathematical tools used to study infectious diseases performed just as well when describing song download trends as it did when describing the spread of a disease through the population. 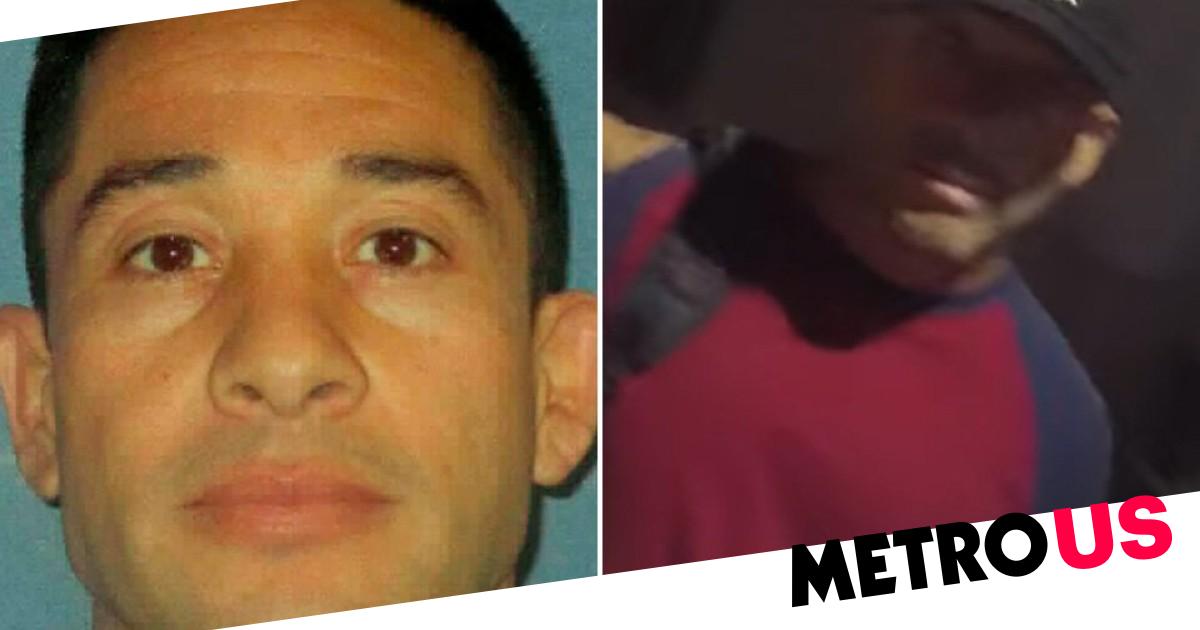 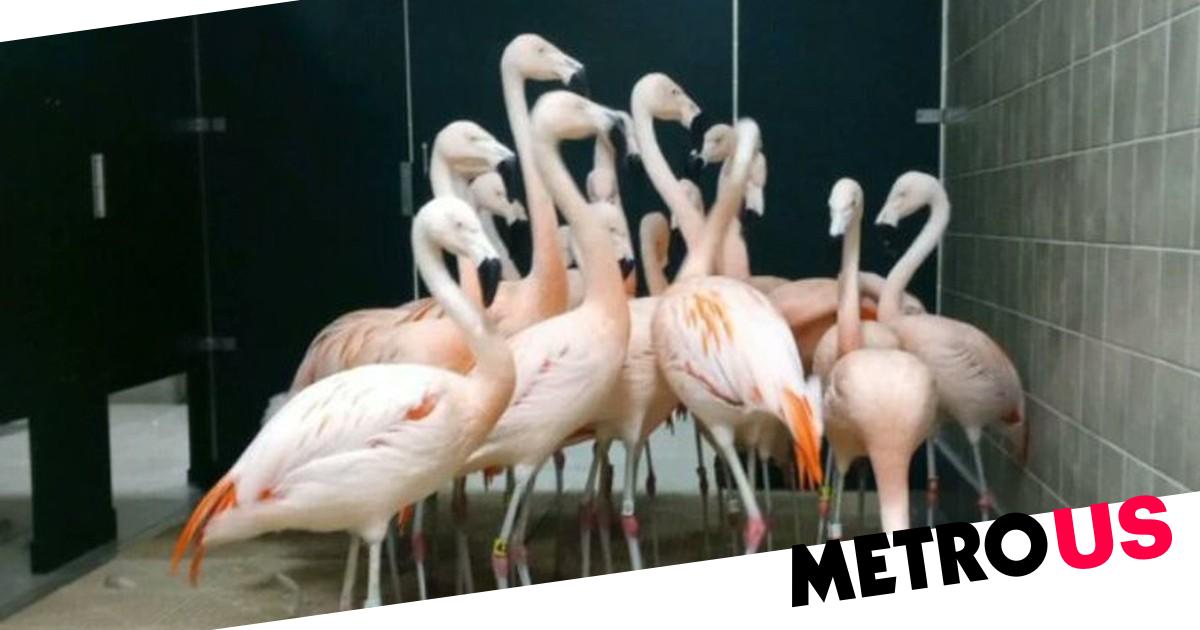 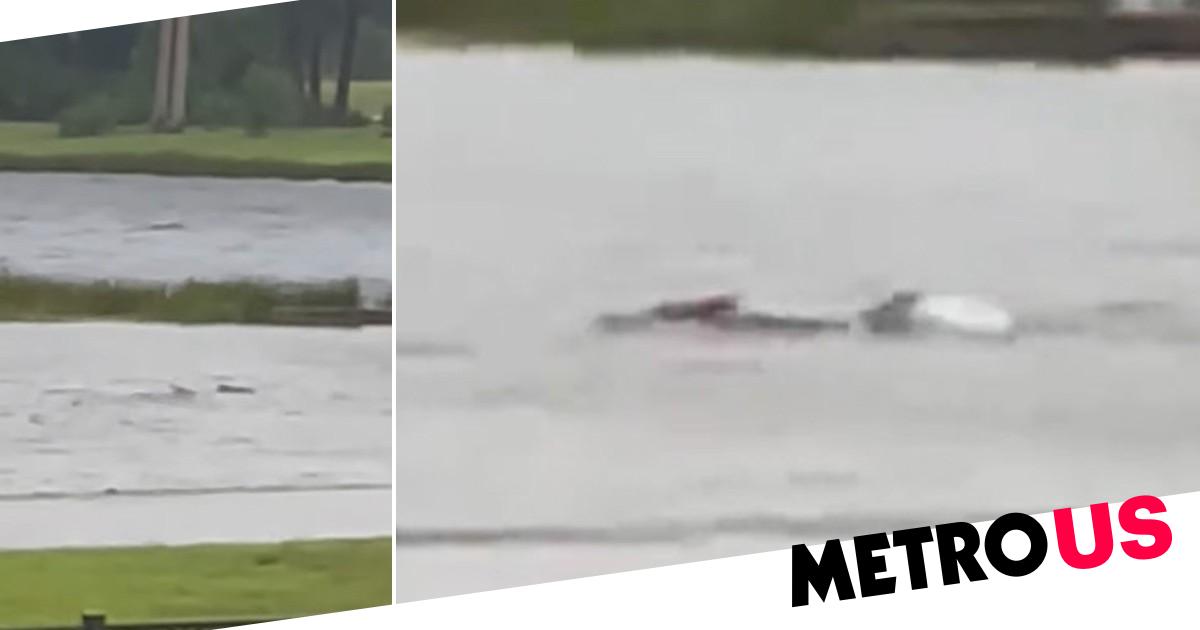