Femicides in the US: the silent epidemic few dare to name | Gabby Petito

Her boyfriend, Matthew Lewinski, immediately admitted to the police he strangled her last December, keeping her mutilated body in the basement of the home they shared for months.

The same week, down in Starkville, Mississippi, William Chisholm was convicted of capital murder in the death of his ex-girlfriend Dr Shauna Witt. One month following her breaking up with him, Chisholm stormed the Walmart eye clinic where Witt worked as an optometrist and shot her dead.

Over in Baltimore, Maryland, Gomezgeka Chisala was that same week being held without bail after confessing to the killing of his ex-girlfriend Shaunya Green, a life-loving nurse and mother of two who once traveled to Africa to walk among elephants. Earlier in the month, Chisala had driven to Green’s home with a gun, entered into an argument with her and shot her dead.

The heart-wrenching confirmation that the remains of Petito had been found in Wyoming, and the search for Laundrie, deemed a “person of interest” in what has now been ruled a homicide, begs for scrutiny not only the circumstances of Petito’s devastating disappearance, but draws sorely needed attention to a form of widespread gendered deadly violence in the US that has long been hiding in plain sight.

According to analysis of FBI data, of all female homicides accounted for in 2018 where the relationship between perpetrator and victim could be identified, 92% of cases involved women or girls killed by a man they knew, 63% of whom were killed by current husbands, ex-husbands or current boyfriends.

This puts confirmed American female intimate gendered killings happening at a staggering rate of almost three women every day. Those circumstances are drastically different to men’s, who are killed by other men in three quarters of cases, and in over a quarter of cases by strangers. 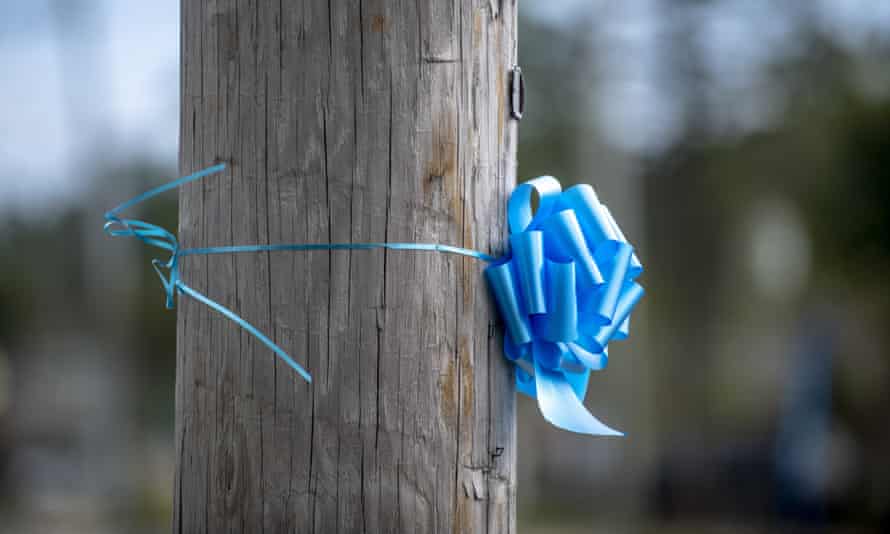 Blue ribbons in memory of Petito are scattered across her hometown of Blue Point, New York. Photograph: Brittainy Newman/AP

Yet this particularity – and predictability – receives barely any attention domestically.

While in France, the word femicide, or féminicide, is now used as a way of describing the epidemic of women killed by men in intimate settings, the term is barely understood outside of niche circles in the US. This, in spite of the fact that there are 10 times more women killed in this way in this country than in France (1,014 confirmed intimate acquaintance killings of women in the US in 2018 compared to 120 that same year in France). Adjusting for population size, the problem is twice as bad in the US than it is in France.

In Turkey, where so-called “honor killings” are reportedly still practiced, and where the murder of a 27-year-old woman by her ex-boyfriend last summer sparked globally-covered protests, the rate of women killed is also below that of the US. There, 474 women were killed in 2019, compared to 2,991 women in the same year here. Even accounting for the fact that the US is four times larger in population than Turkey, the proportion of femicides here remains distinctly larger. 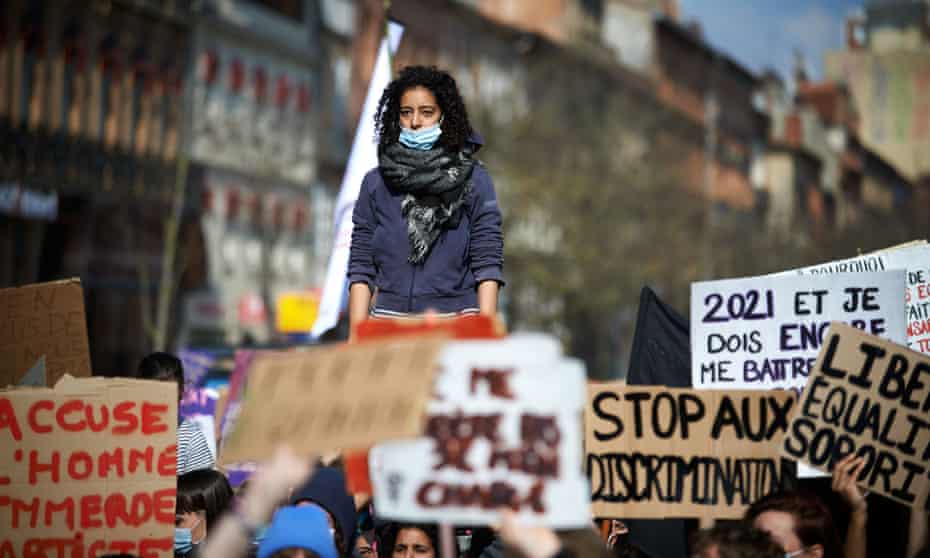 When Americans do recognize the term femicide, they often think of it as a problem happening in other countries, or in already marginalized communities at home.

There is some merit to those thoughts. According to the National Indigenous Women’s Resource Center, the homicide rate for Indigenous women and girls in the US is six times higher than it is for white women and girls, and 94% of cases are attributable to former or current partners. But the severity of this mostly flies under the radar. Half of Indigenous homicide reports are missing from FBI data, the center says, meaning many lives lost are ignored in much of the official counting.

When Indigenous women are reported missing, less effort is put into finding them across the board, numbers suggest. In Wyoming, where the remains of Petito were found eight days after she was reported missing, white people are found in 81% of cases after a week of being declared missing, compared to only 61% of Indigenous people in the same timeframe – a difference of 20%.

Laws protecting Indigenous rights in the US, which gives power to tribal courts and federal courts, but not state courts, can complicate matters too. 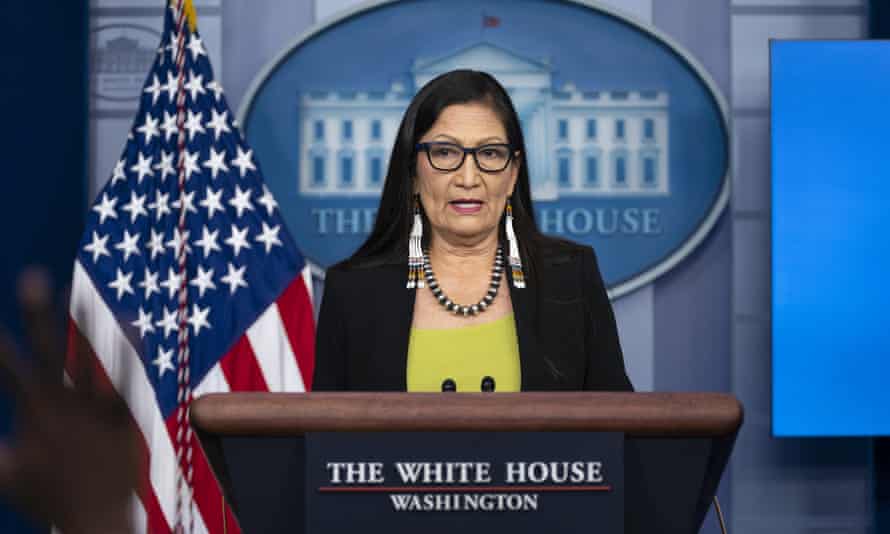 Deb Haaland said media coverage of the death of Petito should be a reminder of the Native American women who are missing or murdered. Photograph: Evan Vucci/AP

At the end of 2019, two months after 17-year-old Faith Lindsey went missing in Pauls Valley, Oklahoma, her boyfriend, Tanner Washington, was arrested for first-degree murder by local authorities after being found with Lindsey’s blood on his shoes, pants and phone. But charges were later dismissed because of the alleged crime happening on tribal land.

While federal charges were brought this year, the trial has yet to happen, and Faith’s body was never found – meaning she is yet another Indigenous woman unaccounted for in official femicide counts while her family awaits answers.

“It’s a hard time because not knowing where she’s at, not knowing if she’s still here or if she’s gone. We don’t know,” her sister Justice said last fall.

While nationwide homicide data for 2020 and 2021 have yet to be released, anecdotal evidence suggests the problem got worse during the lockdowns associated with the Covid-19 epidemic.

Scott Colom, a district attorney in north-east Mississippi, tells me there has been an undeniable uptick in domestic violence incidents. In the last four months alone, in the relatively small four-county area he serves, where the population is about 140,000, three Black women have been killed, with current or former intimate partners facing charges. Their names were Lisa Brooks, Whitney Taylor and Kaliyah Brooks.

Of all the women captured in FBI homicide data, Black women and girls are being murdered by male offenders at a rate of almost three times more than white women.

Colom says part of the problem is how the system addresses daily occurrences of domestic violence incidents before they turn lethal. He explains that with the strengthening of violence against women laws, including mandatory arrest laws, arrests are almost certain when someone is accused of domestic violence. But as the system focuses on arrests, charges and convictions, the victim’s needs and wishes are paradoxically often brushed to the side.

As things stand, after a complaint or an arrest, there is no formal follow-up with an accuser, and in the months in between an arrest being made and them being bid to court, the accuser has very often dropped charges. This happens because the accuser may rely on the accused for money or housing, because he may be the father of her children, or because she is emotionally attached to him and doesn’t want to be the cause for him going to jail. 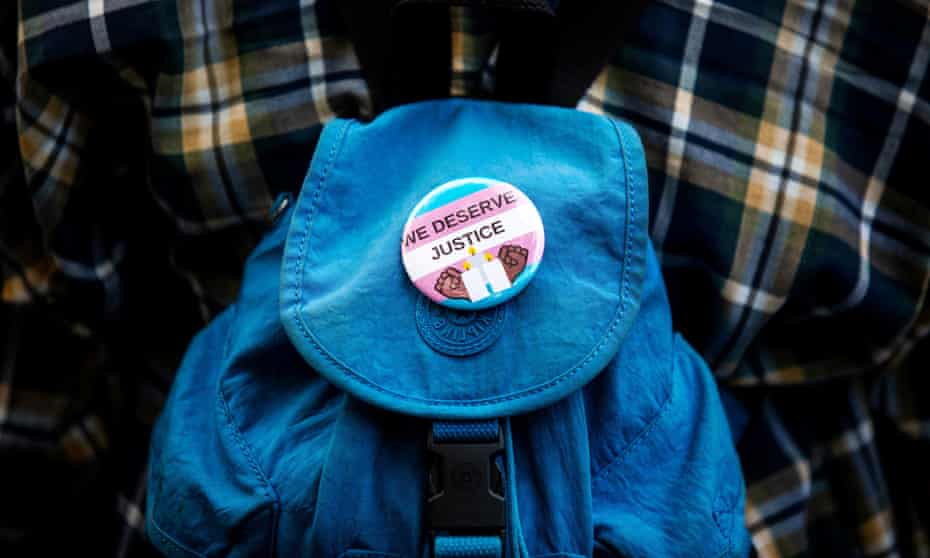 This week, a middle-aged woman ended up in hospital having to undergo surgery in one of the counties Colom serves after her husband beat her with a crowbar. She was able to call her son during the incident to help de-escalate, but when investigators talked to her, she explained leaving him was not an option. She understood her husband was a threat to her, but she needed him to pay rent and couldn’t afford a divorce.

“This is a huge problem in our system: that we are not equipped to give her what we need for her to feel safe, and for her to have the ability to get away from this guy. There needs to be a lot more support for women who are victims of domestic abuse to help them get out of their situation,” Colom says, adding that domestic violence response is “one of the worst things we are doing in this system”.

Sarah Fair George, a state’s attorney in Vermont who serves a majority white, mostly middle-class constituency, explains that while domestic violence is one of their most common charges, it is also among the most complicated.

“The dynamic of intimate partner violence is by its very name intimate. So there are very rarely witnesses, very rarely corroborating evidence. There’s the complicated factor of control and manipulation, financial dependence, isolation – all of those types of things that come from being in an abusive relationship that make the proving something beyond a reasonable doubt difficult,” George says.

When considering reporting intimate partner violence, these factors play into account in accusers’ minds who may be reluctant to either denounce or follow through on an accusation, while the person committing violence might take advantage of these factors, with the situation escalating.

“That’s why so many ultimately end up in this extreme of homicide. Because there’s build up over time behind these closed walls. The person gets more and more violent without any intervention and it ends up being fatal.”

George says it is “alarming” to her that while Vermont’s homicide rate is consistently in the single digits every year, she can think of three incidents of women being killed by current or former intimate partners in the last couple of years in her county alone.

She believes a more holistic approach is needed: one that would spend more time and resources on addressing the root problem, discouraging recidivism and truly listened to victims.

Colom agrees: advocating for a more reparative system in which counsellors would meet with victims, assess needs and wishes and provide immediate access to material support – including housing, money, or jobs. If women decided to stay, a more reparative system would focus on making the landing as safe as possible, working with men towards growth and change.

But there is barely any funding for these types of services – just federal funding for arrests and convictions.

The other, essential and consistently missing part of the puzzle precedes physical violence, and has more to do with power, and male entitlement over women.

“Historically, there’s been a problem with how men have been taught to view women. And some of that manifests itself in what we see with these murders,” says Colom, who was the prosecutor in the case of the Walmart fatal shooting of the optometrist that involved two middle-class white people, and is quick to point out that “toxic masculinity does not know class, that’s for sure”.

“What I see is that they are treating women like their property. Like, ‘This person belongs to me. If I can’t have her, nobody can have her. If I am not happy, it’s her fault.’ It’s a frame of mind of toxic masculinity that I see all the time,” Colom says.

Teaching men to get out of this frame of mind is crucial. Without doing this, we are left living in a country that has silently accepted femicide as a byproduct of its structure – to the extent that it doesn’t even bother naming it.

Old man in a hurry: Biden must act quickly to save his presidency | Simon Tisdall