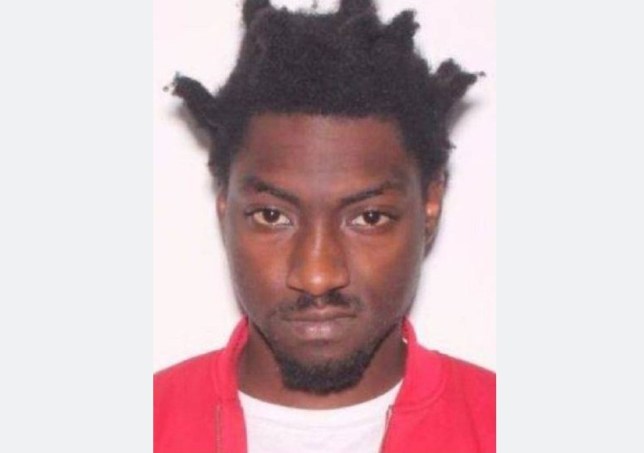 A father allegedly hit the mother of his unborn child – and then beat her pit bull puppy to death. Tyson Pierre Louis, 20, was ordered by a court to stay away from the woman but was out of jail on a pretrial release, and now being searched for by police.

An arrest affidavit for Pierre Louis states that police were called to a Shell gas station in Hollywood, Florida, on Saturday night. Officers found an unidentified woman with ‘visible injuries’ on her face, said the Hollywood Police Department in a press release obtained by the Miami Herald.

The woman, who is 16 weeks pregnant, told cops that Pierre Louis’s father gave her a ride to her vehicle but stopped to pick up his son along the way. She claimed that she told the father to drop her off at the next exit but that he continued to the Shell station, the report states.

At the gas station, Pierre Louis allegedly grabbed the woman’s cell phone and threw it on the ground, thinking she disrespected his father, according to the report.

‘As she was trying to get out of the vehicle the arrestee struck her with a closed fist in the face, which caused a contusion to her right eye’, states the officer in the report.

Pierre Louis then reportedly took her nine-week-old puppy and ‘threw it from one pump to another’, the report states. The suspect said ‘he can do whatever he wants to’ the dog because he bought it.

The woman apparently got out of the car to help her dog, Bai Bai, at which point Pierre Louis and his father drove away, police said.

Anyone with information on Louis’ whereabouts is asked to contact the police department.