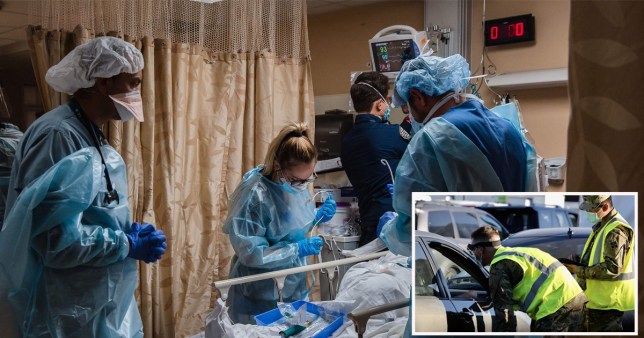 The Californian variant spreads faster than other versions of the virus (Picture: Getty/Rex)

The Californian variant of coronavirus, dubbed ‘the devil’ by scientists, is more dangerous than others, studies show.

Researchers have said the strain, which most likely emerged in May, is 40% more able to infect cells, creates a higher risk of death and lowers the antibody count, provided by vaccines or previous infections, by two times.

But Dr. Charles Chiu, the author of the study which has not been published in a scientific journal yet, said it was not yet clear if vaccines are less effective on the Californian variant.

The study from the University of California, which looks at the rise in coronavirus cases and deaths over Christmas, concluded that the variant is ‘on par’ with the UK’s Kent mutation which is 70% more transmissible than the virus’s original form.

Dr. Charles Chiu told the LA Times: ‘I wish I had better news to give you — that this variant is not significant at all. But unfortunately, we just follow the science. The devil is already here.’

The infectious diseases researcher and physician led a team that looked at 1,272 virus samples from the period between September 2020 and January 2021.

They found that the strain, officially called B.1.427/B.1.429, had become the dominant one in California by late-January because of its ability to spread more aggressively. 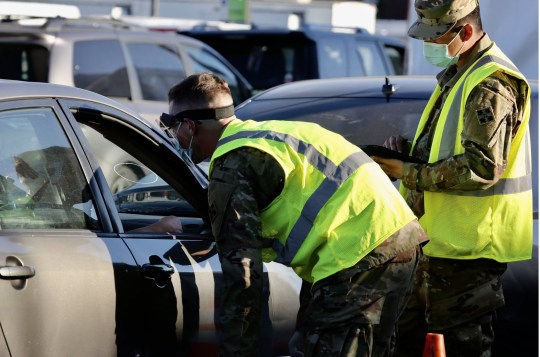 The National Guard has started to help test for coronavirus at the University of California (Picture: Rex) 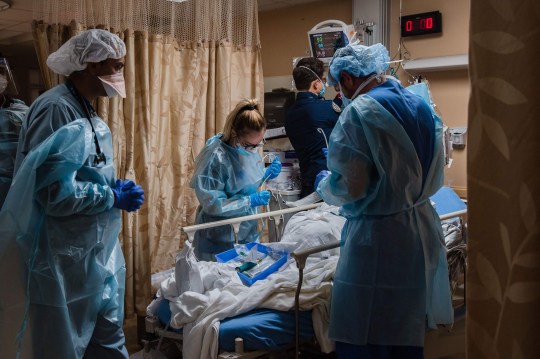 Although it was a small sample size, the study showed people with the Californian strain were more likely to die (Picture: Getty Images)

Cases caused by this mutation are doubling every 18 days, according to the study’s estimations.

The team analysed 300 positive cases of the strain to see if there was a higher rate of death compared to those infected with other variants.

Whilst they found that this was the case, this study sample, 12 deaths, is too small for this to be completely conclusive.

Mr Chiu was also careful to point out that his findings do not mean the mutation was the biggest reason for growing infections and deaths over Christmas.

Rates had begun to spread in some counties long before the new variant was around.

Although the variant definitely ‘contributed’ to the spread, it is difficult to take into account other factors including ‘travel, holiday gatherings and restaurant dining’, immunologist and founding director of the Ragon Institute in Boston, Dr Bruce Walker, said.

Some scientists disagree about the dangerousness of this new coronavirus version altogether, with Harvard epidemiologist William Hanage telling The New York Times that it is ‘not in the same ball park’ as the UK’s variant.

Dr Chiu worrying about the UK’s strain spreading in his state was the reason his team discovered the Callifornian one.

They were looking through samples for traces of the British mutation and ended up finding that a quarter of his samples had unknown sequencing in them and found the new version.

The UK’s Kent variant has been found in the US and scientists are fearful of the two strains mutating together.

The US has only reported one case of this hybrid.

The UK has not reported any sign of the Californian variant but it has been found in Australia, Denmark, Mexico and Taiwan.