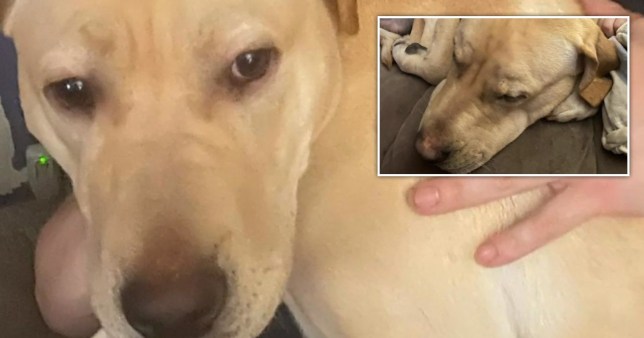 A police officer fatally shot a family dog while responding to an accidental 911 call in Massachusetts (Picture: WHDH)

A police officer shot and killed a family dog on Monday while responding to an accidental 911 call from a child.

A police officer in Wayland, Massachusetts responded to a 911 hang-up on Monday in a residential neighborhood. When the officer arrived at the home, he began talking to the homeowner outside on the doorstep.

Shortly after they began talking, a yellow dog ran out of the home and bit the officer multiple times, police said.

According to police, the officer tried to run back to his car, but the dog kept chasing and biting him. The officer then shot and killed the family pet. 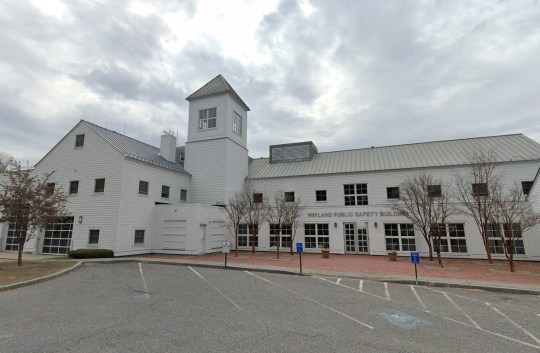 The incident took place in the town of Wayland, Massachusetts (Picture: GOOGLE)

‘Get me another car, a dog shot,’ the officer told dispatch. ‘I just shot a dog, need an ambulance for a dog bite, for myself, ASAP.’

The officer was taken to a hospital and treated for bite wounds.

The family said the dog’s name was Blaze. He was under two years old, reportedly gentle and protective of his family. They identified Blaze as a Labrador retriever mix, but police stated he was a pit bull mix.

Police said the dog’s owner was not nearby when the shooting occurred, but the family disputes this. 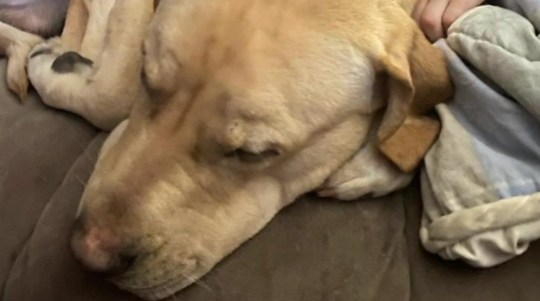 Blaze’s family said their beloved family pet was getting training and treatment before the fatal shooting (Picture: WHDH)

‘I had a leash and I had a cookie, and I was coming out the door, next thing I hear, I heard boom boom boom!’ a distraught family member told WHDH.

Police claimed that neighbors had complained about Blaze in the past, and he previously sent two other people to the hospital. The family said they were ‘trying really hard’ to train Blaze, and were also giving him anxiety medication to help with his problems with strangers.

Later, police determined that the initial 911 call was placed by a child, who hung up immediately after realizing the mistake.