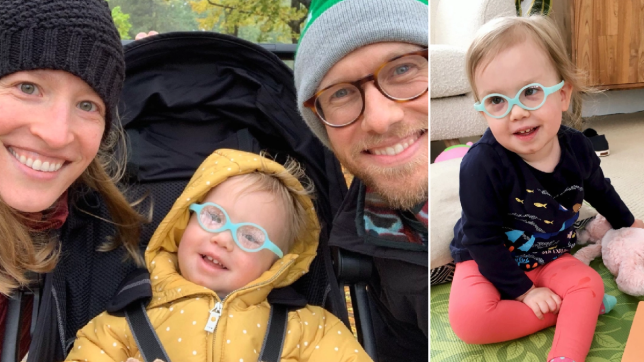 Mitch and Sara Peterka are devastated after being told the only drug they say keeps daughter Emma, 2, alive, is being discontinued in October (Pictures: Brave Like Emma)

A family is distraught after learning the only drug they say is keeping their sick two year-old toddler alive is being discontinued. Emma Peterka’s mother Sara and father Mitch were horrified to learn experimental drug adrabetadex is being axed in October.

Emma suffers from an extremely rare and incurable neuro-degenerative disease called Niemann Pick Type C (NPC), with Sara and Mitch insistent that fortnightly adrabetadex injections are keeping her alive. Sara, from Minneapolis, said of the news: ‘It was absolutely devastating.’

Mitch added: ‘Ultimately, she will die without this medication.’ Emma was diagnosed with NPC – of which there are only around 500 cases worldwide – in September.

The diagnosis came after the toddler’s parents noticed her development had stalled, that she was struggling to move and communicate, and that her eyesight was deteriorating.

Sara said: ‘We honestly weren’t sure what Christmas was going to be like because she had been deteriorating so much.’ An expert on NPC at the prestigious Mayo Clinic in Cleveland, Ohio, referred the Peterkas to a program at Rush University Medical Center in Chicago.

That saw the family travel there every other week for an injection of abrabetadex into Emma’s spine. Mitch says that the drug dramatically improved Emma’s eyesight, happiness and overall health.

He told CBS Minnesota: ‘She’s gotten stronger. She’s able to sit up on her own nice and straight. 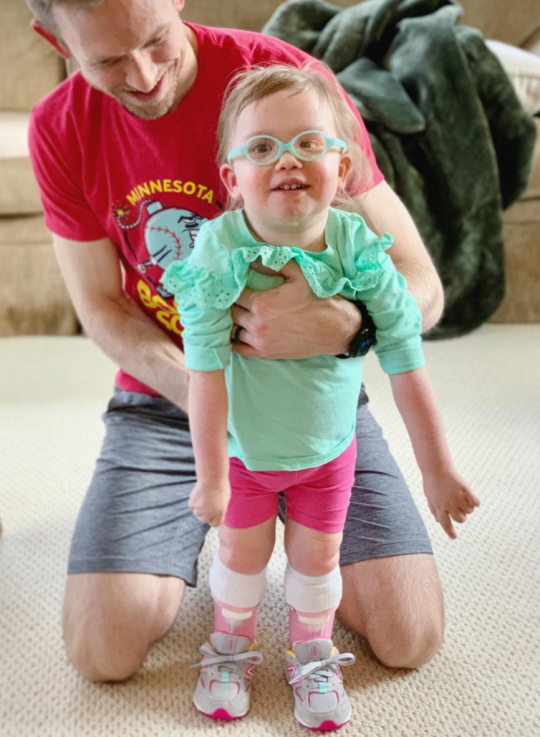 Emma’s family say the drug – abrabetadex – has brought dramatic improvements to her health. But its manufacturer says there is no clinical proof that it helps children living with her condition (Picture: Brave Like Emma)

But the Peterkas were floored in January after pharmaceutical company Mallinckrodt, which makes abrabetadex, said it would be discontinuing the drug from October.

They have now set up a Facebook page to raise awareness of Emma’s plight.

Bosses said that despite anecdotal evidence of improvements in NPC patients, ‘exhaustive’ analysis of clinical data showed no proof that abrabetadex actually improved their health.

A spokesman said: ‘An independent data and safety monitoring review board evaluated these data and outcomes and agreed with our assessment.

‘This decision was difficult for Mallinckrodt as we recognize the critical need for new treatment options for NPC and know how hopeful the NPC community was that adrabetadex would become available for widespread use.’

The Peterkas NPC specialist Dr Elizabeth Berry-Kravis, from Rush University Medical Center, has vowed to help Emma and her family as much as she can.

Families of NPC sufferers are now fundraising to try and pay another drug company to continue manufacturing the drug, and hope to lobby the US Food and Drug Administration for approval of that drug if successful.

To find out more about Emma and other NPC sufferers, click here

Harry Kane to score first boosted ahead of kick-off