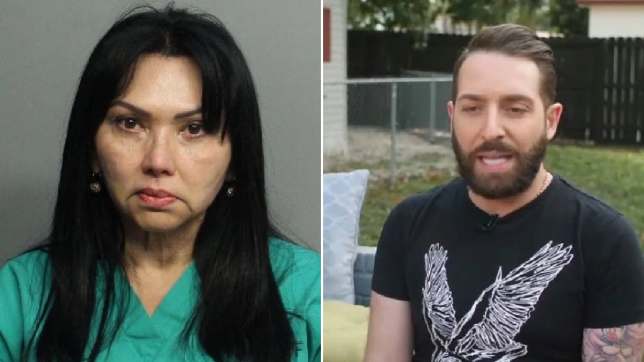 A fake plastic surgeon was arrested mid-way through an operation after allegedly leaving a previous patient with a ‘deformed’ nose.’

Alcalira Jimenez De Rodriguez, 56, has been charged with practicing medicine without a license after leaving Vincenzo Zurlo with a deformed nose in Doral, Florida. Police have confirmed that Rodriguzez is not a licensed practitioner following her arrest yesterday.

Doral Police have said they were contacted in mid-February by a man who says he had rhinoplasty surgery at a clinic in the city, a year earlier, and that the operation went wrong.

The patient, Vincenzo Zurlo, told police the surgery in February 2020 had left his nose disfigured, and that when his nose failed to heal properly over next few months, he met with the doctor again on May 30, for a repeat procedure. Both operations cost the alleged victim $2,800, according to detectives. 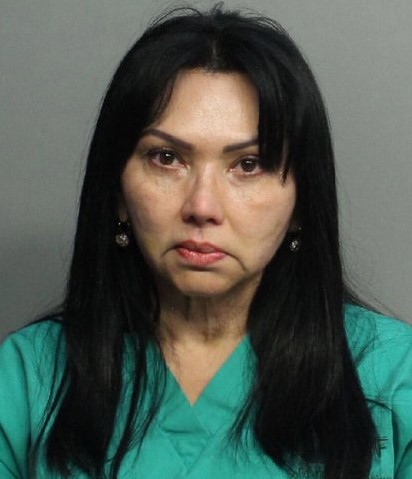 For a second time, he saw his nose was not healing well and was deformed, according to police. He called Jimenez De Rodriguez and asked for her medical license number and her medical malpractice insurance information, but she did not give it, according to the police report.

Zurlo then called law enforcement and the Florida Health Department, who investigated his claims and following an investigation, authorities determined that De Rodriguez was not licensed, reports NBC Miami.

Police later had an undercover agent meet with Jimenez De Rodriguez for a consultation about a medical treatment, officials said.

Zurlo said he was in extreme pain and unhappy with the surgery. He added that she prescribed him painkillers and antibiotics under another doctor’s name, which raised red flags, according to police. 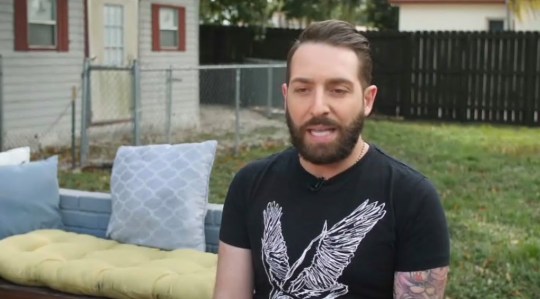 Speaking to NBC Miami, he said: ‘She cannot do my nose right, she prescribed me the medication from another doctor, she cannot find a solution to my pain so something is wrong, something has to be wrong.

‘She was the one that with that surgery that day, she ruined my life.’

Jimenez De Rodriguez is being held at the Miami-Dade County Jail on a $6,000 bond and is charged with practicing medicine without a license and resisting arrest without violence. The first charge was elevated to a second-degree felony because of the patient’s disfigurement, police said.