An explosion at a gender reveal party rocketed homes in two US states and triggered a wave of earthquake reports.

A large blast shook parts of southern New Hampshire and northern Massachusetts at around 7pm on Tuesday evening.

Residents described it as ‘earth-shaking’ with some reporting it cracked the foundations of their homes.

Police in Kingston, a town not far from the Massachusetts border, responded to Torromeo Industries to investigate and found the boom was caused by an explosion of about 80 pounds of Tannerite. 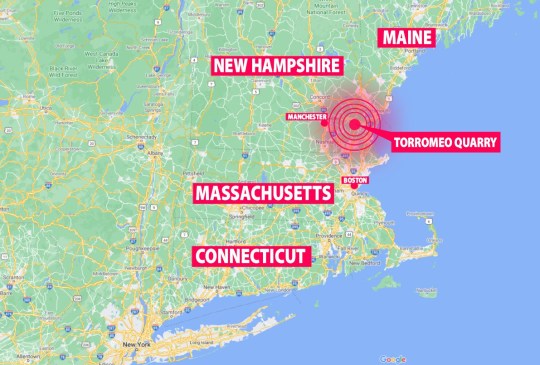 Officers said the family thought the quarry would be the safest spot to light the explosive, which is typically sold over the counter as a target for firearms practice.

Nearby residents said the blast was so extreme it rocked their homes, caused damage to their properties and knocked pictures off walls.

‘It knocked pictures off our walls … I’m all up for silliness and whatnot, but that was extreme.’ 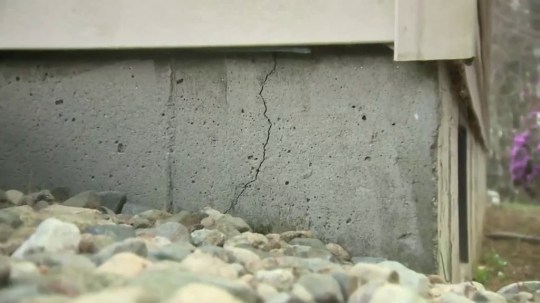 Some residents said the blast cause the foundations of their homes to crack (Picture: WMUR) 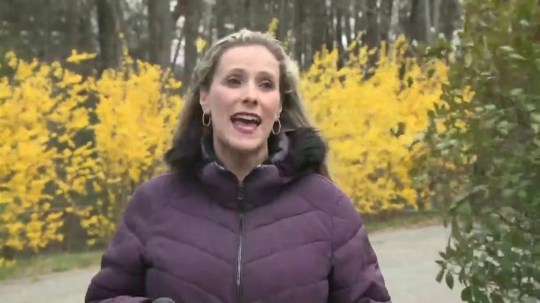 Sara’s husband Matt added that neighbours reported cracks in the foundation of their homes from the explosion.

Doorbell camera footage obtained by WBZ4 showed buildings shudder as a boom echoed through the air.

Some nearby homes also noticed their tap water had turned brown after the blast.

Police said no injuries were reported and that the person who bought and detonated the explosives has turned himself in to police.

He was not identified and an investigation is ongoing to determine what charges could be pressed.

Police said that they had seen a video of the reveal and could confirm that the child was a boy.

Gender reveal parties have made headlines in recent years after a series of hazardous and even deadly accidents. 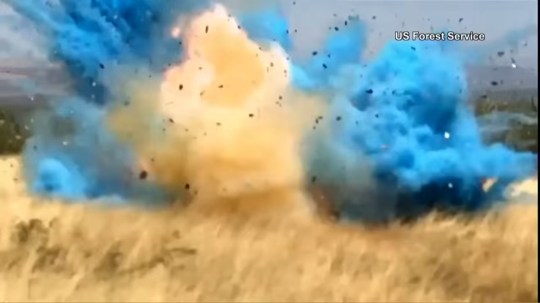 The moment a gender-reveal party sparked a wildfire in Green Valley, Arizona, in April 2017

Most recently, two pilots were killed when a plane crashed into the waters off Cancun, Mexico last month.

The plane was streaming a pink substance while the parents-to-be and friends watched from a boat, according to Fox News.

A firefighter also died while battling the El Dorado fire that was started by pyrotechnics at a gender-reveal party in Southern California.

Gender reveals – which see expectant parents announce the sex of their soon-to-be-born infants in elaborate ways – became popular about a decade ago.

In July 2019 one of the pioneers of the gender-reveal movement, Jenna Karvunidis, said it was time to re-evaluate the practice and that her own daughter – announced to friends through a cake with pink icing inside, had begun to explore her gender and defy gender norms.