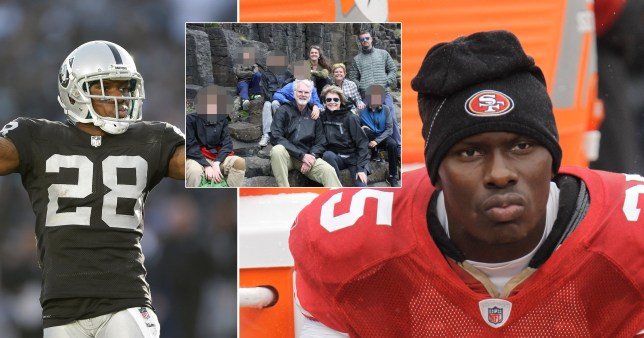 Dr Robert Lesslie, front and center, and wife Barbara, in sunglasses, their two young grandsons and a fifth victim were murdered by ex-NFL star Phillip Adams, police announced on Thursday

A gunman who murdered a prominent doctor, his wife, grandchildren and another man before killing himself was ex-NFL star Phillip Adams, police say. Adams, 32, is said to have taken his own life after killing Dr Robert Lesslie, 70, Barbara Lesslie, 69, the Lesslie’s grandchildren Adah, 9, and Noah, 5.

A law enforcement source said Adams’ parents lived close to the Lesslie’s home in Rock Hill, South Carolina, and that he killed himself with a .45 caliber weapon shortly after midnight on Thursday.

James Lewis, 39, who was working at the family’s home at the time of the shooting was also killed. A sixth person who has not been identified suffered ‘serious gunshot wounds’ and was rushed to hospital, according to York County Sheriff’s Office.

Sheriff’s deputies spent hours searching for the killer after finding the Lesslies and Lewis dead, and are said to have discovered Adams dead in a nearby home seveal hours later. 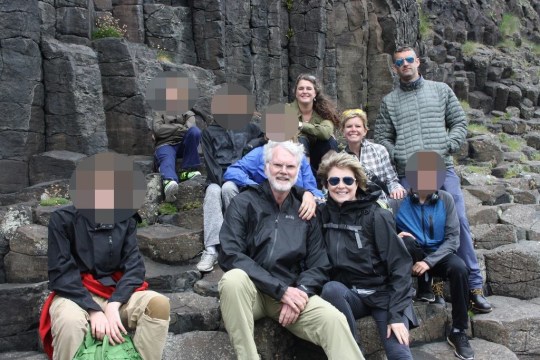 Dr Robert Lesslie, center, his wife Barbara, in sunglasses, two of his grandchildren and a man working on their home were all murdered by an ex-NFL star, a law enforcement source said

A motive for the massacre has yet to be shared. York County Sheriff’s Office spokesman Trent Faris said: ‘We are shocked that this type of incident can happen here.

‘None of us can figure out why. It doesn’t happen here. It’s one of those strange things that a lot of people are going to have a hard time understanding and we just hope that everybody understands that we’re going to do everything we can to try to figure out why this happened here in Rock Hill, South Carolina

The alleged killer was a former cornerback for the New York Jets, and also played defensive back for the San Francisco 49ers and Atlanta Falcons. He was picked to play in the NFL while studying at South Carolina University.