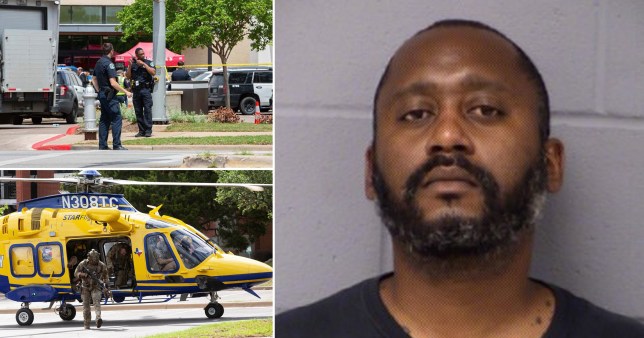 A former deputy sheriff has gone on the run after allegedly shooting three people dead at a home in Austin, Texas.

Stephen Broderick, 41, is wanted by police for suspectedly killing two women and a man on Sunday morning, in what detectives described as a ‘domestic situation’. The alleged gunman is still on the loose, according to police.

It’s also emerged that Broderick, a former detective with the Travis County Sheriff’s Office, had been charged with sexually assaulting a 16-year-old girl at the time of his accused killing spree.

The Austin American-Statements reports that the suspect retired from the sheriff’s office last year after being charged and jailed for allegedly molesting the girl. 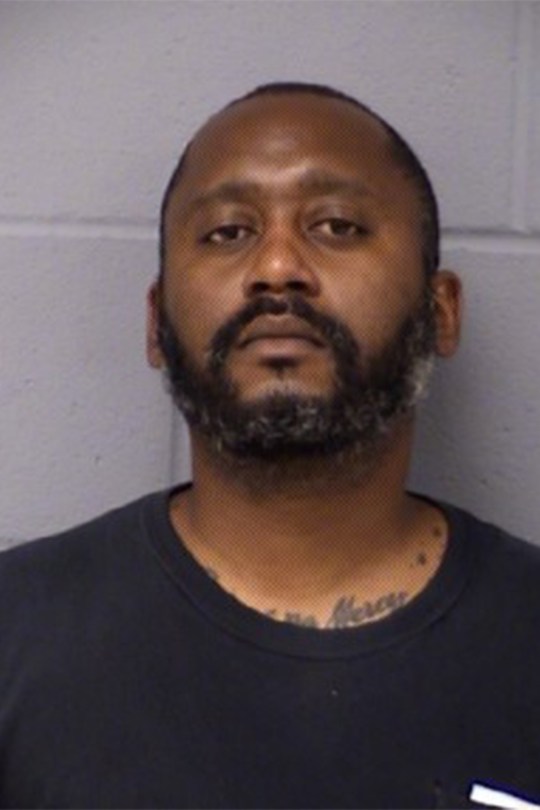 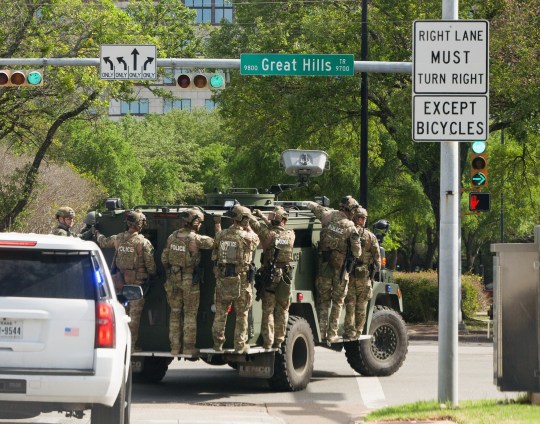 Law enforcement personnel at the scene of the deadly shooting in Austin, Texas (Picture: Reuters)

Broderick was arrested by US Marshals on June 6, three days after the teenager reported that he assaulted her in a home in Elgin, Texas, the newspaper wrote.

Broderick was held behind bars on $100,000 bail in the accused sexual assault case, and was placed on administrative leave without pay, the American-Statements said on Sunday.

It’s also been reported that Broderick’s wife filed for divorce and obtained an order of protection following his arrest, according to court records.

He resigned from his job as a detective with the sheriff’s office soon after his release from jail.

Interim Austin Police chief, Joseph Chacon, did not identify the three victims in Sunday’s shooting, and has said that police have identified Broderick as the prime suspect.

In a statement, Chacon said: ‘If you see him, he is considered armed and dangerous at this point.

‘Obviously, this is a tragedy. We have people who have lost their lives out here. 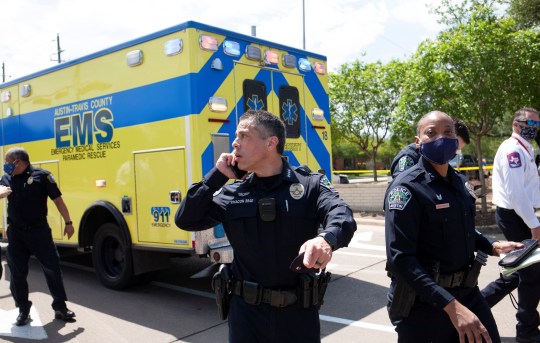 Austin Police Interim Chief Joseph Chacon at a press briefing at the scene of a deadly shooting in Austin, Texas (Picture: Reuters) 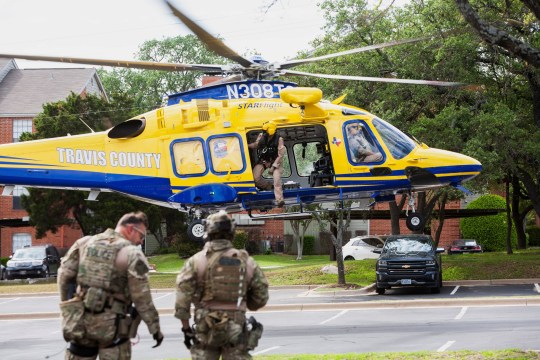 Law enforcement personnel watch a helicopter take off after dropping them off in a parking lot next to the Arboretum Oaks apartment complex, the scene of a deadly shooting in Austin, Texas (Picture: Reuters)

‘We are going to do our very best to conduct the best investigation that we can and also to get this person into custody as quickly as possible and hopefully with no further loss of life.

Chacon recalled how cops responded to the scene of the shooting at 11:42am and found two women and a man shot. All three victims were pronounced dead at the scene.

He said the suspect should be considered armed and dangerous and added that ‘We are transitioning from a search of this area to a fugitive search’.

‘These efforts will continue until this person is located’, Chacon stated.

TikTok users watch app for average of 89 minutes per day