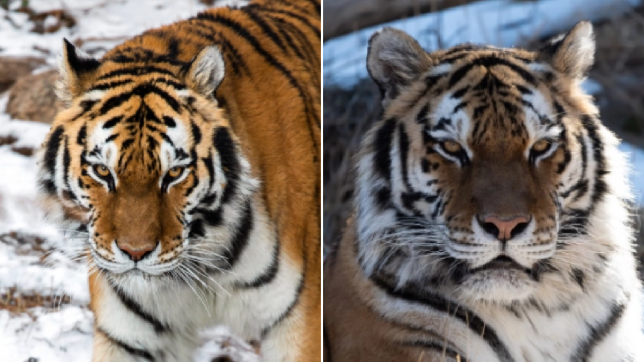 An endangered Amur tiger died at her zoo after an artificial insemination procedure to try and get her pregnant went wrong. Savelii, who was nine, died at Cheyenne Mountain Zoo in Colorado Springs, Colorado, last Thursday while recovering from the fertility procedure.

Spokesman Bob Chastain did not offer further details on what killed Savelii, who was nine, other than to share that she ‘coded’ while recovering from the procedure. Chastain said: ‘She passed due to complications during recovery from this important artificial insemination procedure.

‘Due to the global importance of this procedure, seven veterinarians were on hand for the procedure, as well as reproductive biologists, and representatives from three AZA (Association of Zoos and Aquariums) accredited zoos and one university.’

Chastain also shared details of the moment Savelii died, writing: ‘In the moments after she passed, I approached Savelii’s side to touch her as she slipped from this world to the next. I thought to myself: “This is a tiger. This is a tiger lying here.”‘ 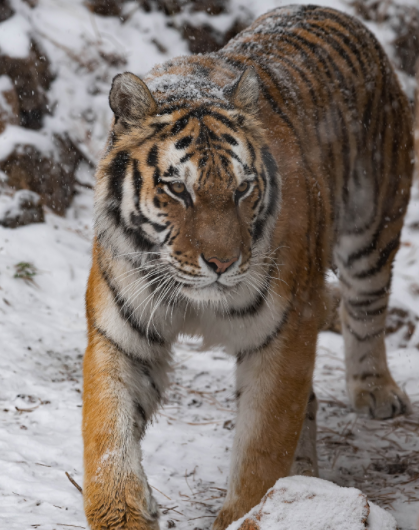 Savelii was an Amur tiger, with just 500 of the endangered animals estimated to remain in the wild (Picture: Cheyenne Mountain Zoo)

Zoo bosses had hoped to get Savelii to breed naturally with their male Amur tiger Chewy, but were unable to do so.

They decided to opt for artificial insemination instead – with Chastain conceded that ‘the cost of our actions extracted a genetically valuable female tiger from those who loved her.’

But he said dwindling numbers of Amur tigers in the wild – which experts estimate at just 500 animals – means zoo bosses must try all methods possible to guarantee the survival of the species.

In a letter published on the zoo’s website, Chastain explained: ‘As caretakers of endangered and threatened species, we have to walk a fine line between doing the right things for the individual animals in our care, but also making hard decisions for the future of the species, both in the wild and in human care.’

Long Covid is WORSE in patients who had mild or no symptoms, top doctor says