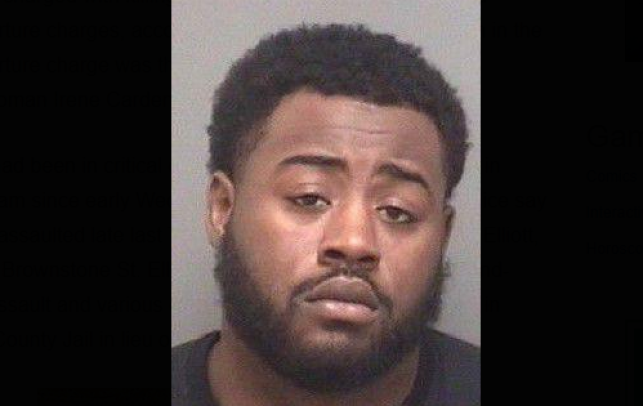 A dying baby gasped for air after being beaten and sexually tortured, with her alleged killer now facing execution. Cameron Elliott, 22, was charged with capital murder on Monday after the unnamed eight month-old girl died at the Children’s Hospital of Alabama in Birmingham.

He is accused of attacking the baby in a car in Decatur, Alabama, last Tuesday. The infant’s mom, who was not named, said her daughter had been fine before Elliott took her on a 10 minute car ride – but that she came home gasping for air and mortally wounded.

Her baby, whose relationship to Elliott has not been shared, was rushed to hospital for emergency treatment, but taken off life support after multiple tests showed she was brain dead, Decatur Daily reported.

Police were called out to Elliott’s house in Decatur shortly after midnight last Tuesday, and found the girl ‘gasping for air and unresponsive.’ The infant’s body was covered with bruises, abrasions and welts, and she also had a bite mark on her arm, according to a police report. 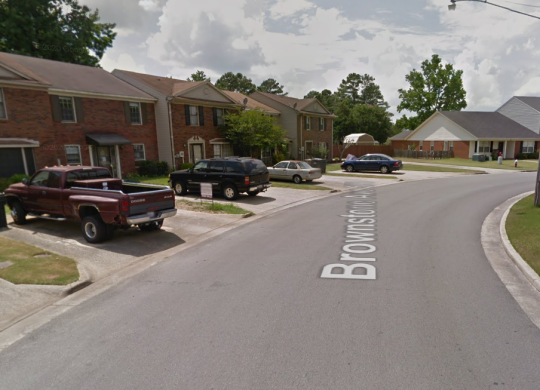 The baby was found gasping for air at a house along this street in Decatur, Alabama, on February 9 (Picture: Google Maps)

She was taken to a local hospital for treatment, where staff told police ‘all of her injuries appeared to be recent, and her non-responsive condition was due to the amount of trauma her body had received.’

The baby was then transferred to Birmingham for specialist treatment, which tragically failed to save her life.

Alabama state law automatically applies capital murder charges to anyone accused of the homicide of a victim under 14 years-old.

Elliott also faces drugs charges after he was allegedly caught in possession of marijuana and Adderall.

He also faces pending domestic violence charges over claims he kicked an ex girlfriend in the stomach when she was five months pregnant in September 2019.

The suspected murderer is being held in jail ahead of his next court hearing.

Are You The One? on Netflix is best Married At First Sight Australia replacement