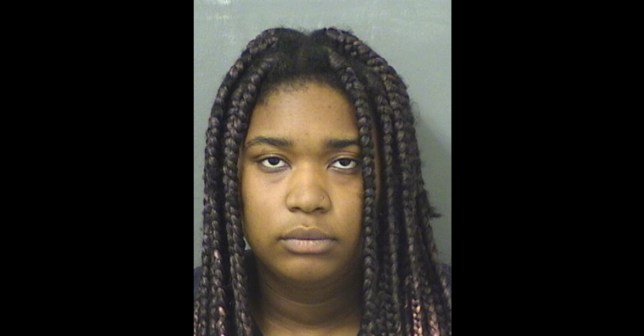 A woman with the last name Snape allegedly claimed to be the fictional character Harry Potter after a hit-and-run that killed a federal judge and injured a 6-year-old boy. Nastasia Andranie Snape, whose surname is the same as Professor Severus Snape from the Harry Potter books, was reportedly driving erratically including going around stopped traffic.

Snape, 23, drove onto a sidewalk on Friday in Boca Raton, Florida, and hit Judge Sandra Feuerstein, 75, according to police. She also struck a boy crossing the street, officials said. Snape crashed at an intersection and appeared to be unconscious while still behind the wheel, according to an arrest report obtained by Law & Crime.

An officer said Snape looked like she was having convulsions. She allegedly left her car and stared into space when a cop questioned her. Snape did not make eye contact, authorities said.

Snape allegedly struggled with medics while in an ambulance and claimed to be Harry Potter. Once at the hospital, Snape initially said she remembered being in a crash and then denied it, according to the arrest report. Her behavior was ‘erratic’ as she was calm and then would suddenly scream, the report states.

Officers found that Snape possessed containers with the labels ‘THC Cannabis’ and ‘T’ and law enforcement officials obtained a search warrant to test her blood.

Feuerstein, who was nominated by President George W Bush in 2003 to the Eastern District of New York, was pronounced dead at Delray Medical Center.

Acting US Attorney for the Eastern District of New York, Mark Lesko, said in a tweeted statement that the court mourned and ‘also remember Judge Feuerstein’s unwavering commitment to justice and service to the people of our district and our nation’.

The boy is recovering from his injuries.