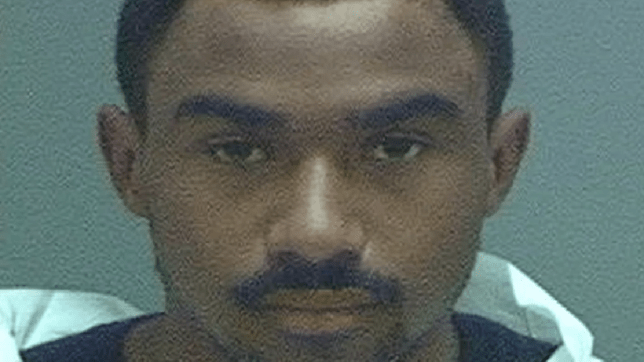 A raging driver allegedly mowed down a man on purpose and then filmed the aftermath on his smartphone.

Larry Blackshire, 24, has been charged with attempted murder after police say he intentionally hit another man with his car after his alleged victim broke his car window.

Blackshire is then said to have recorded a cell phone video after hitting the man with his car, saying ‘he had to hit..’ the man, according to police in Salt Lake City, Utah, where the incident happened.

A police probable cause statement describes how officers responded to a report of a person struck by a car and when officers arrived on the scene, they found a man lying in the street.

Witnesses told detectives that the man who was hit by the car was seen breaking the back window of a Hyundai that belongs to Blackshire.

It’s then claimed that Blackshire later returned to his car to find the damage and started looking for the man who did it, reports ABC 4.

Police documents also say that Blackshire later found the man who apparently damaged his car at a crosswalk, and swerved into him while driving approximately 40 miles per hour.

Officers were later able locate Blackshire, who allegedly ran away from officers. It’s said he ran across several blocks and jumped over multiple fences before being caught, the probable cause statement said.

Blackshire is said to have admitted to officers that he intentionally hit the man with his car, the statement added.

The man who was hit by the car was taken to a local hospital in critical condition and placed on life support having suffered a broken leg, a bulging spinal disk, facial trauma, and severe head trauma, the documents added.

As of Wednesday, March 3, the man is ‘intubated and is scheduled for another surgery’, the probable cause statement stated.