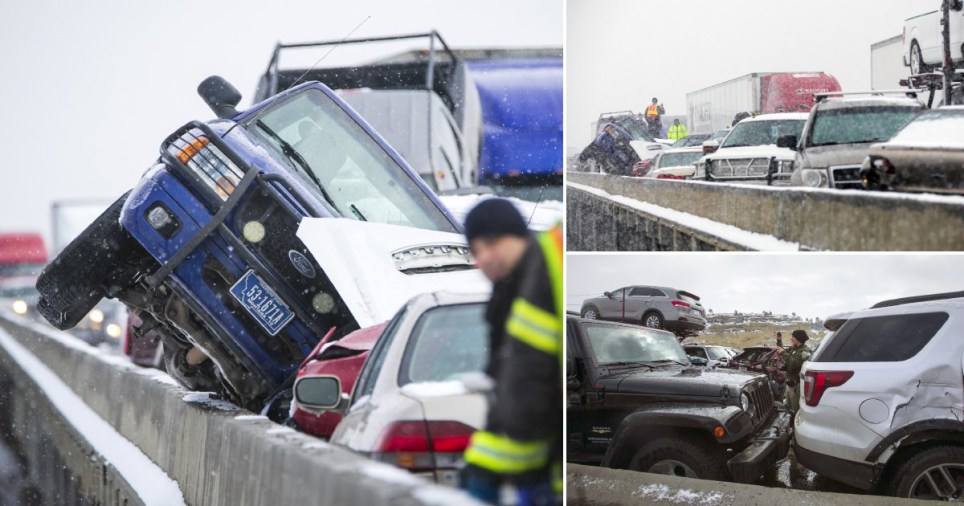 The scene on the bridge yesterday (Picture: AP)

Around 30 vehicles have crashed into one another in icy conditions on a bridge in Montana.

The cars went into each other ‘like bumper cars’, according to a woman who was hit by a truck as she was driving.

It happened on an interstate highway over the Yellowstone River outside Billings during challenging weather.

The Montana Highway Patrol said on Twitter that no fatalities were reported but two people were injured.

They blamed ice on the bridge as a cause for the wreck which closed Interstate 90 for a time.

The two injured people ‘jumped from the bridge during the incident to avoid being struck by a vehicle,’ they added. 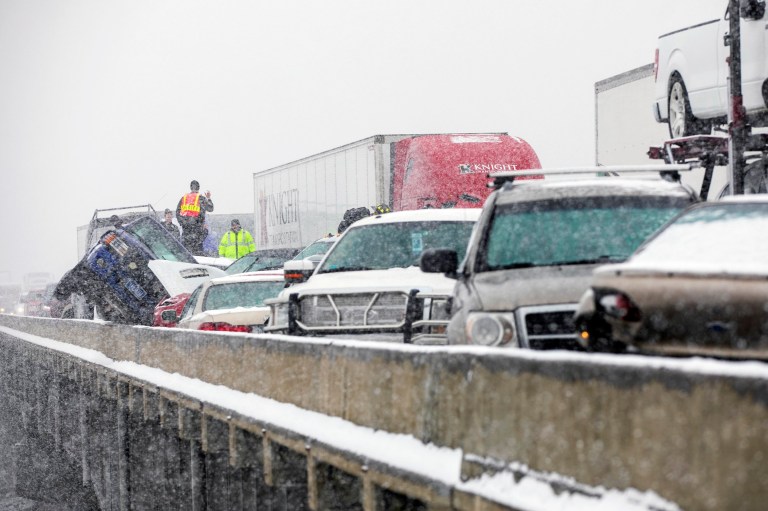 State troopers walk through the wreckage and check on people at the scene (Picture: AP) 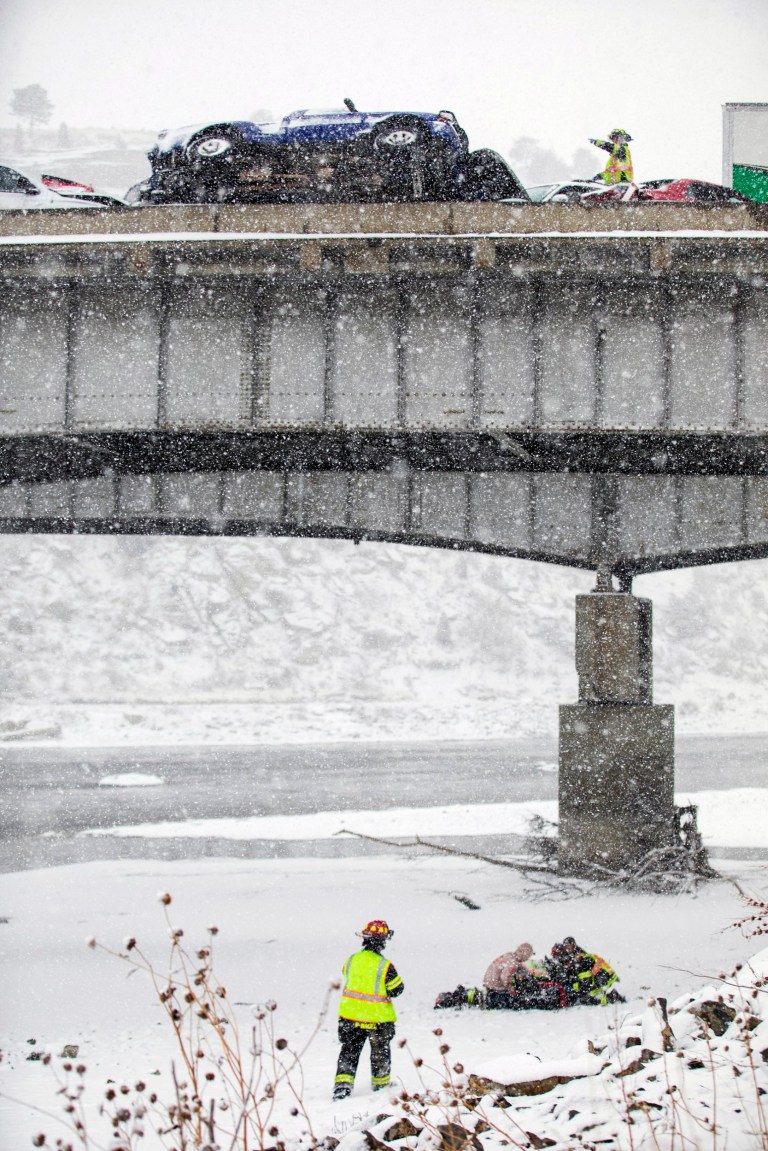 Emergency workers tend to a person who fell off the Yellowstone Bridge (Picture: AP) 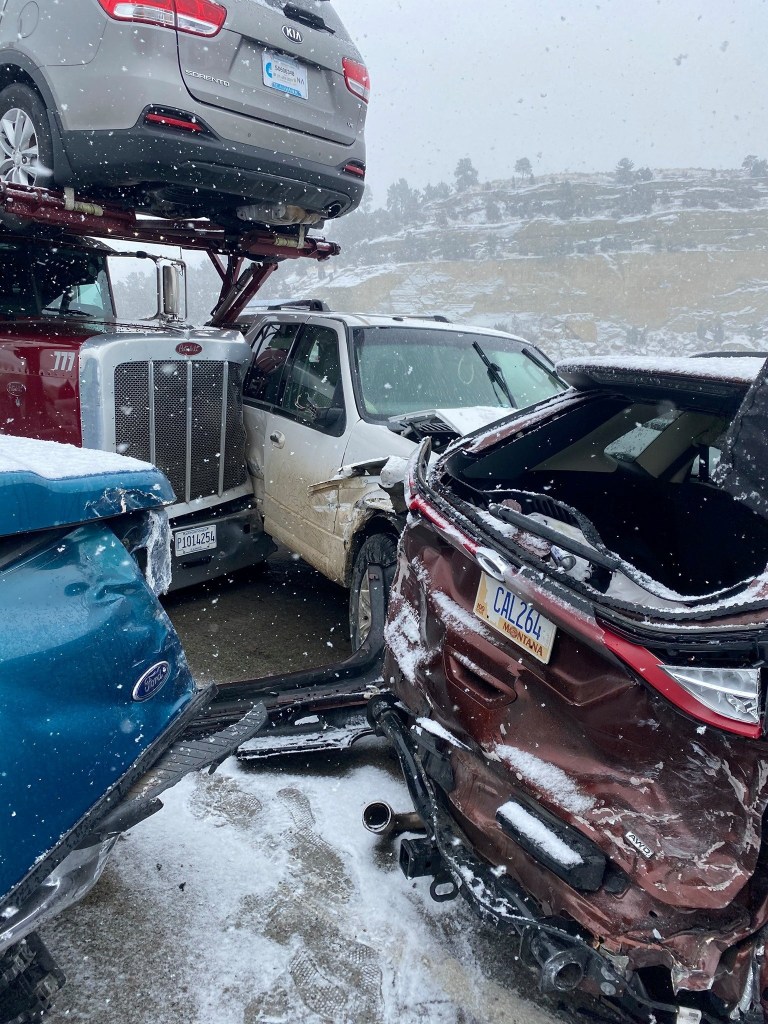 Damaged vehicles are seen in the aftermath (Picture: Reuters) 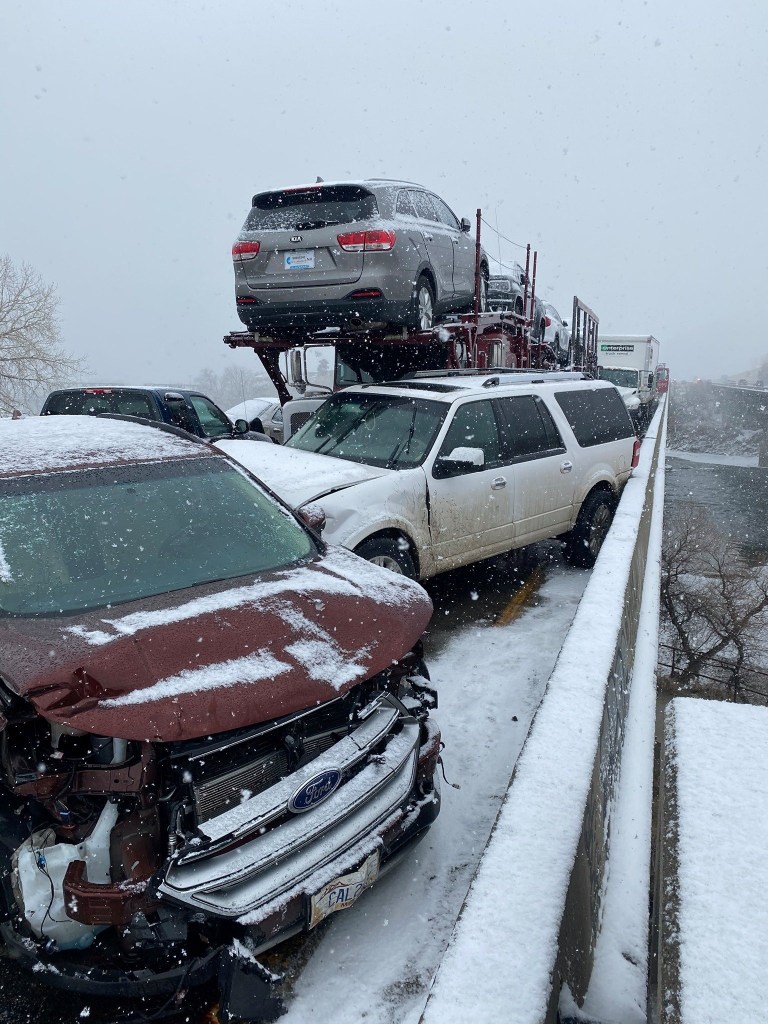 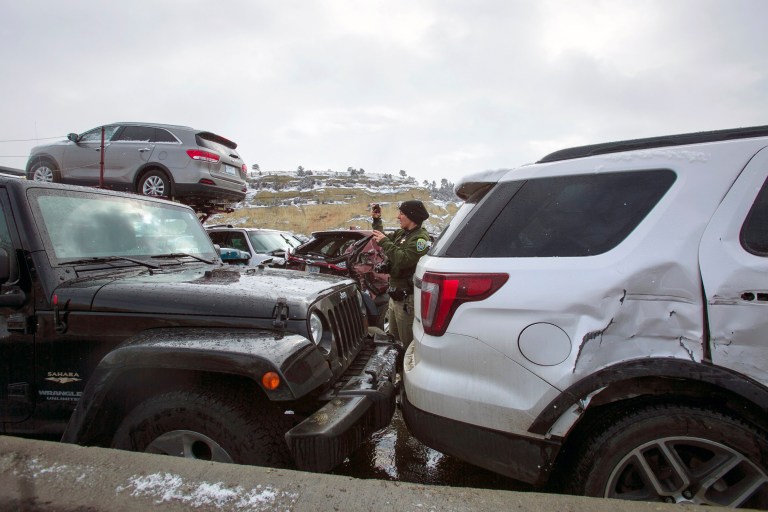 A state trooper takes photos of the scene of a massive pileup that occurred on I-90 westbound (Picture: AP) 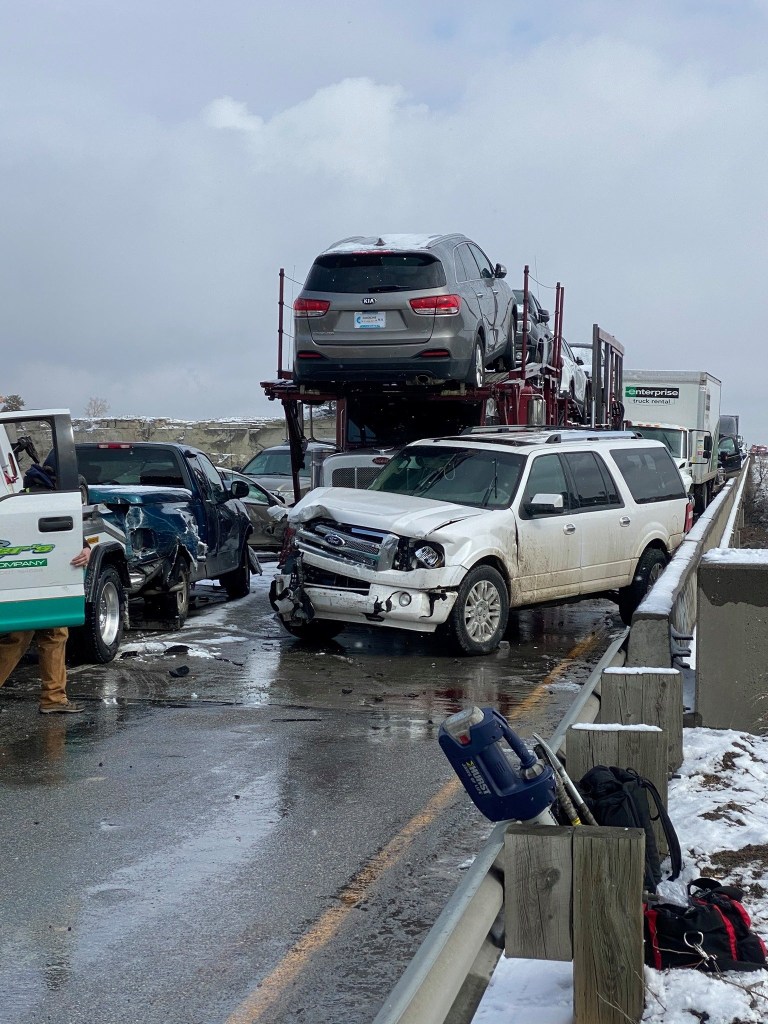 Damaged cars and trucks are seen in the aftermath of the multi-vehicle crash (Picture: Reuters)

We can confirm that two people jumped from the bridge during the incident to avoid being struck by a vehicle. They suffered serious injuries but are expected to recover. pic.twitter.com/tXRcxM9PK5

‘They suffered serious injuries but are expected to recover.’

A Billings city bus was sent to the scene to move to an events centre several travellers whose vehicles were wrecked or were pinned by other crashed vehicles.

Bella Contreraz, who slammed on her brakes when she saw vehicles stopped ahead of her, told the newspaper: ‘It was like bumper cars.’

She said an oncoming semi truck struck her vehicle, pinning it to the side of the bridge. Another driver, she said, helped her escape by prying open her door.

Billings streets were tied up with traffic as drivers sought alternate routes.

Department of Justice spokesman Kyler Nerison told CNN: ‘The cause appears to be the whiteout/zero visibility conditions brought on by a sudden snow squall.’