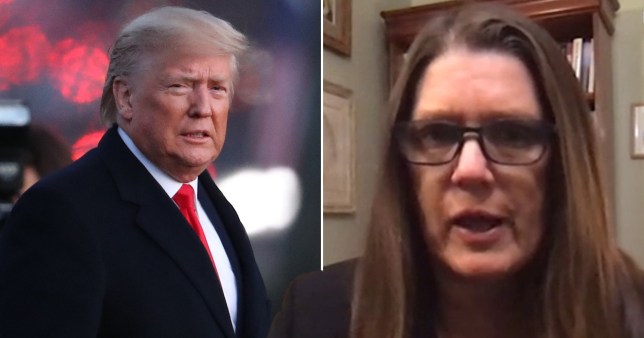 Psychologist Mary Trump says her uncle will ‘do whatever it takes to get what he wants’ (Picture: ITV)

Donald Trump’s niece says he shows ‘no empathy’, ‘cannot tell the truth’ and still refuses to admit he was wrong about the severity of the coronavirus outbreak.

Mary Trump has made if very clear that she wants the former President to be convicted in his second impeachment trial, which has now been approved bythe Senate.

The clinical psychologist believes his ‘pathological’ behaviour and his refusal to accept losing the election in December led to the chaotic and fatal storming of Capitol Hill on January 6, which he is accused of inciting.

Ms Trump says she saw a ‘spark of kindness’ in her uncle when he was younger, but that his father, Fred Trump Sr ‘sort of beat it out of him’ and moulded him into a ‘tough guy’ who would ‘do anything to win at any cost’.

She avoided giving Trump a full diagnosis when asked on ITV’s Good Morning Britain due to the technical nature of doing so. But she did say: ‘The most important thing is his behaviour, which is clearly pathological.

‘This is somebody who cannot tell the truth, this is somebody who has demonstrated over the course of our horrible experiences with Covid-19 that he has no empathy and that he will indeed do whatever it takes to get what he wants, everybody else be damned.’ 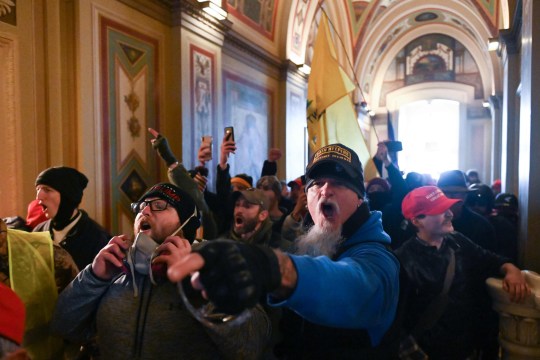 Donald Trump has been accused of inciting the US Capitol riots on January 6 (Picture: AFP/Getty Images)

When presenter Susanna Reid referred to other people’s suggestions that he is a ‘narcissistic sociopath’, Ms Trump said: ‘I don’t necessarily think he’s a sociopath, but he has very complex comorbidities.

‘This is a man who probably has several personality disorders, whatever his psychological disorders are, they severely impact his ability to function in this world.’

Ms Trump’s father, Fred Trump Jr, died in 1981 at just 42 years old after a suffering from a heart attack brought on by his alcoholism – one of the reasons his younger brother Donald doesn’t drink.

Explaining how Fred Sr massively influenced the person her uncle grew into, Ms Trump said: ‘My dad, who was the oldest son, and the namesake and had all the burdens of the expectations of following in my grandfather’s footsteps did not fare well at all. 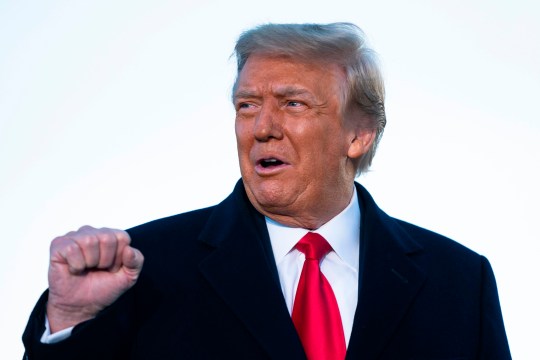 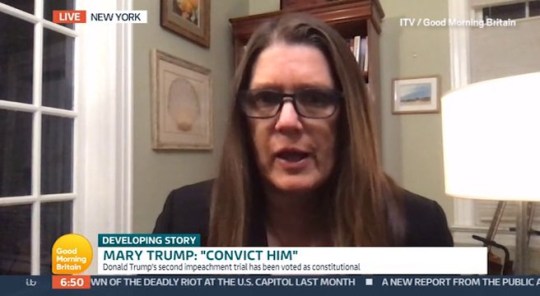 ‘He did not meet my grandfather’s expectations, and Donald, when he was seven years younger, witnessed what happened to my father when he was not able to toe the line, and made it his mission in life to be sure to be the kind of person my grandfather wanted to succeed him.

‘And in my grandfather’s parlance that was the tough guy and the killer who would do anything to win at any cost, and I think we’ve seen how that’s played out in the last four or five years.’

Co-presenter Piers Morgan says that while he has been good friends with Trump for many years, he thought the last year has brought out ‘the very worst in him’.

He added: ‘I got on very well with him. I saw him or what he was – a very loud, bombastic, dynamic character, always had to be the centre of attention, you saw the latent narcissism – all those things.

‘If you go back to this time last year he was heading to quite easy reelection, I think you could comfortably argue, but his inability to deal with a crisis which might affect his chances of winning the election really sort of ate away at him, and he couldn’t handle it.

‘It’s the narcissism and the hatred of losing combining I think that in that last year brought out the devil in him.’

Attempting to explain her uncle’s disastrous handling of the pandemic, which has now killed nearly 470,000 people in the US, Ms Trump said her grandfather’s ‘insistence on the power of positive thinking’ was partly responsible. 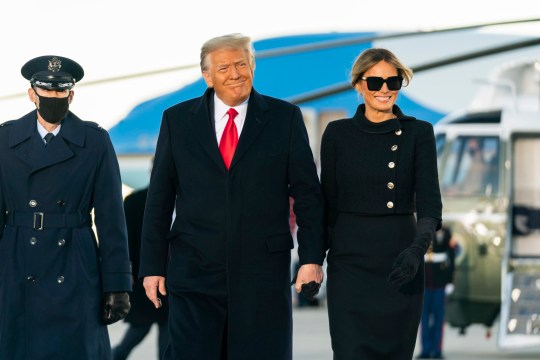 She says it meant the ex-President ‘could not allow himself to be associated with anything negative’, including a ‘pandemic that was entirely out of his control’.

Ms Trump added: ‘Donald could not admit that he’d been wrong and therefore he couldn’t course-correct and start dealing with it the way any mature human being would have under normal circumstances.’

When Mr Morgan suggested that the former US leader could be ‘very empathetic’ in private, but showed none during his four years as president, Ms Trump said: ‘I’ve never known Donald to be necessarily empathetic, but when I was younger there was a spark of kindness or a potential for kindness in him, but I think my grandfather sort of beat it out of him.

‘As he got older, more and more people continued to enable the worst things about him in order to make use of him in some way.’

When asked about Trump repeatedly making baseless claims that he lost the election to widespread voter fraud, his niece said: ‘The worst thing you could be in my family, according to my grandfather, was a loser.

‘So there was no way that Donald was ever going to accept the result of an election that did not have him as the winner.’

Boots launches up to 70% off sale on Mothercare baby clothing