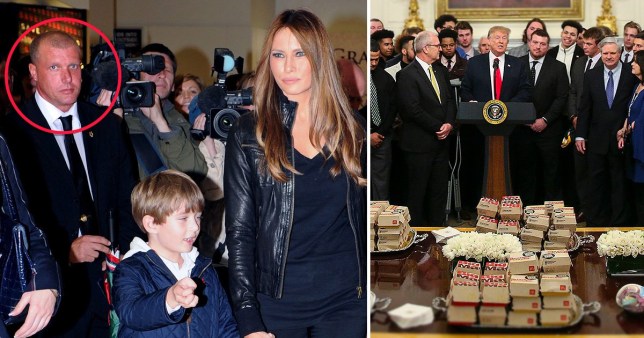 Kevin McKay, 50, says he is still out of pocket after putting up with Mr Trump’s ‘rants and temper tantrums’ for five years (Picture: SIPA USA / PA / Pacific Coast News)

A former bodyguard of Donald Trump claims the former president owes him nearly £100 for a McDonald’s order he paid for.

Kevin McKay, 50, says he is still out of pocket after putting up with Mr Trump’s ‘rants and temper tantrums’ for five years, before he became president.

‘He told me he would pay me back, but he never did,’ he told MailOnline in an interview from his home in Aberdeen.

‘For much of the time I was working for him, I kept thinking he would say, “Kevin, here’s that money I owe you,” but it didn’t happen.

‘I thought he was an okay guy when I first started working for him, but I guess that as we have all come to see, he is not a man of his word.’

The meal was allegedly bought on a trip out to Scotland in 2008, where the 45th president owns several golf courses, before a flight back to the USA.

Mr McKay added: ‘We were driving from Mr Trump’s estate and just as we got to the Bridge of Don, he asked to stop at McDonald’s so he could buy food for the flight back to New York.

‘We were in a convoy of six blacked out Range Rovers with about 15 men in suits inside, so there must have been some shocked expressions as we pulled up in the car park.’ 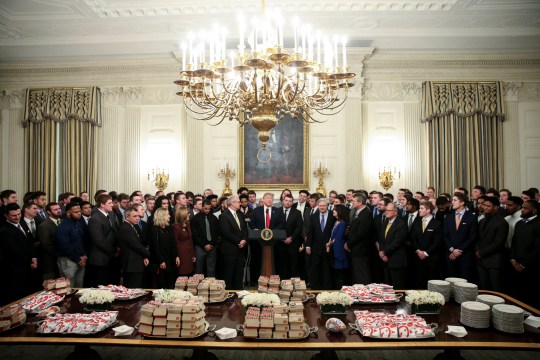 Donald Trump speaks behind a table full of McDonald’s hamburgers, Chick fil-a sandwiches and other fast food as he welcomes a football team to the White House in 2018 (Picture: SIPA USA / PA) 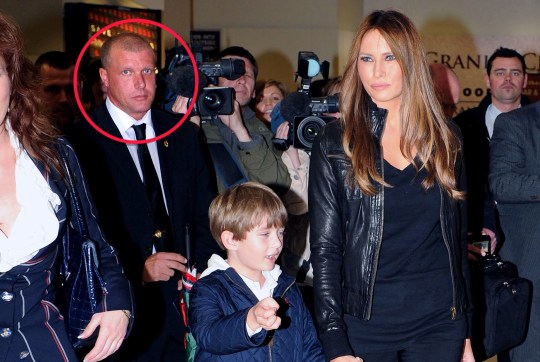 Mr Trump didn’t have the right currency with him, so asked Mr McKay to ‘front [him] the cash’.

Mr McKay said: ‘I said, “Sure” and took everyone’s order – about 20 cheeseburgers and fries with around 10 or 15 Coca Colas.

‘I think Mr Trump ordered two cheeseburgers with fries and a Diet Coke – that was his usual order and he always wanted McDonald’s to take with him on the private jet.

‘I never heard about it again after that. I should have asked him for the money, but I brushed it under the carpet.’

Mr McKay worked for Mr Trump for five years until he was fired in 2012 – which he claims was with no explanation.

In his interview he told of how he witnessed Trump snapping at his wife, being rude to contractors and intimidating landowners.

Mr McKay was later jailed for four years for a £400,000 tax fraud, and he was in prison when Mr Trump became president in 2017. He claims this was a ‘miscarriage of justice’.