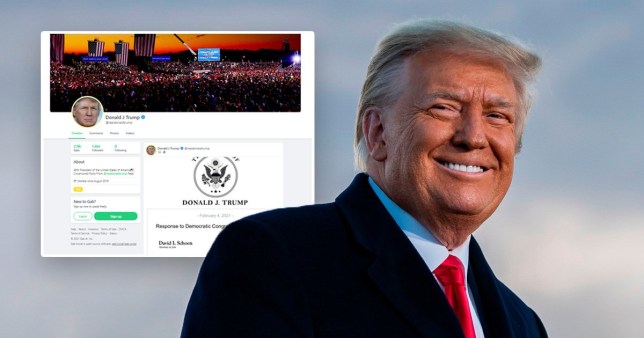 Donald Trump has returned to social media to name his impeachment trial a ‘publicity stunt’.

He turned to self-described ‘free speech social network’ Gab this week to post a letter from his lawyers rejecting Congressman Jamie Raskin’s invite to testify under oath at his impeachment trial.

The letter, posted to the official Trump Gab account, read: ‘We are in receipt of your latest public relations stunt.

‘As you certainly know, there is no such thing as a negative inference in this unconstitutional proceeding.

‘Your letter only confirms what is known to everyone: you cannot prove your allegations against the 45th President of the United States, who is now a private citizen.

‘The use of our Constitution to bring a purported impeachment proceeding is much too serious to try to play these games.’ 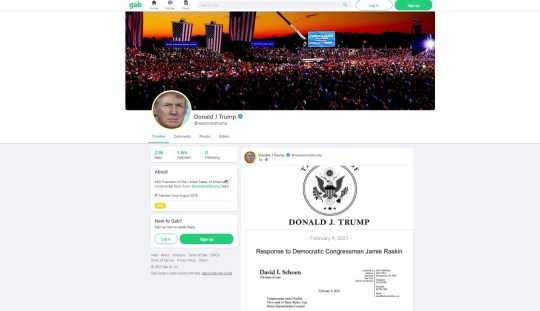 Gab, which is favoured by Trump’s right-wing followers, describes itself as a ‘free speech social network’ (Picture: @realdonaldtrump/Gab) 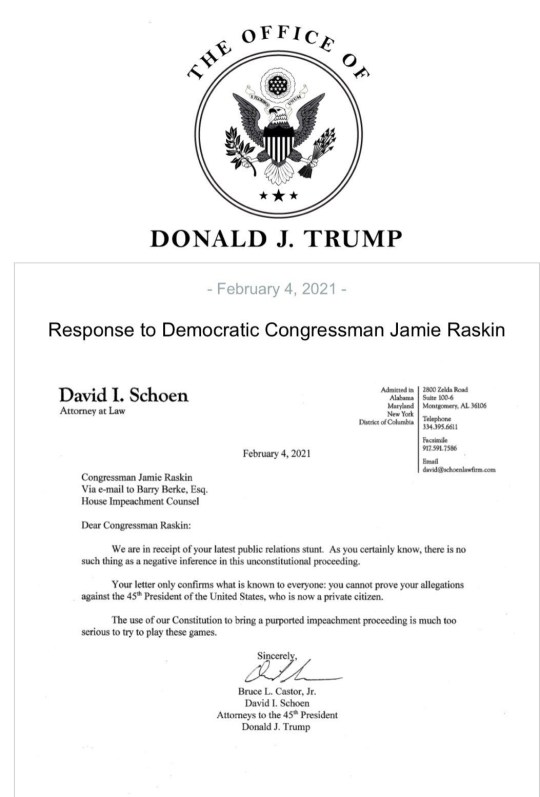 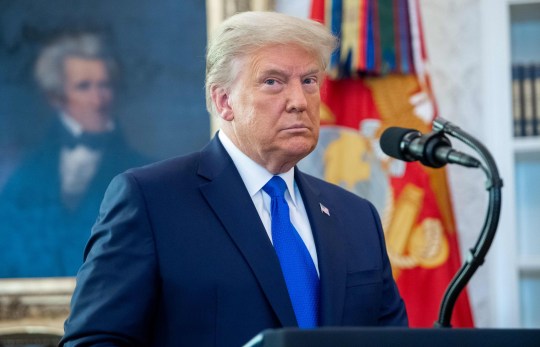 The former US leader has been quiet since leaving office (Picture: AFP via Getty Images)

The ex-US leader is accused of ‘incitement of insurrection’ after the deadly Capitol riots on January 6.

His lawyers revealed earlier this week that he had refused to testify in the trial that begins on February 9.

Congressman Raskin had accused Trump of attempting ‘to put critical facts at issue notwithstanding the clear and overwhelming evidence of your constitutional offence’.

He added that Presidents Gerald Ford and Bill Clinton provided testimony while in office, pointing out that Trump wouldn’t be distracted by official duties as he had already left office.