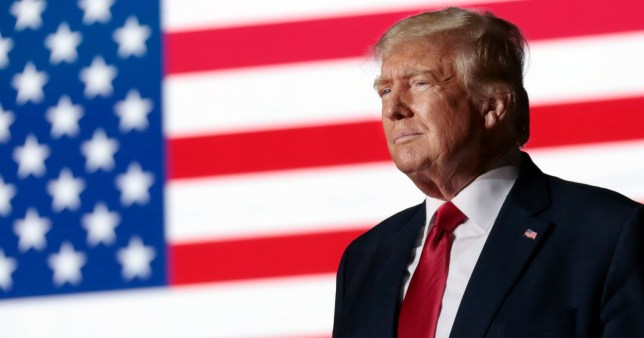 Ex-President Donald Trump appealed to the Supreme Court to intervene in the matter involving classified documents seized from his Florida residence (Picture: AP)

Former President Donald Trump has asked the Supreme Court to intervene in the fight over classified documents the FBI seized from his Mar-a-Lago home.

Trump’s team filed an emergency appeal on Tuesday asking the high court to overturn a lower court’s ruling and allow a special master to review more than 100 documents taken in August.

The ex-president’s lawyers state that it was crucial for the special master to access the classified records in order to ‘determine whether documents bearing classification markings are in fact classified, and regardless of classification, whether those records are personal records or Presidential records’.

‘Since President Trump had absolute authority over classification decisions during his Presidency, the current status of any disputed document cannot possibly be determined solely by reference to the markings on that document,’ reads the application.

‘The unchallenged views of the current Justice Department would supersede the established authority of the Chief Executive’ without a special master review, the lawyers state.

If the Supreme Court grants Trump’s request, it could boost his effort to challenge the search and seizure and possibly result in the documents being returned to him.

Trump’s emergency application comes after an appeals court ruled that the Justice Department’s criminal probe into the handling of the classified documents could proceed.

A district judge in Florida put a stay on the department’s investigation into the materials and granted Trump’s request for a third-party special master to review the documents.

The Battle for the Soul of the Web