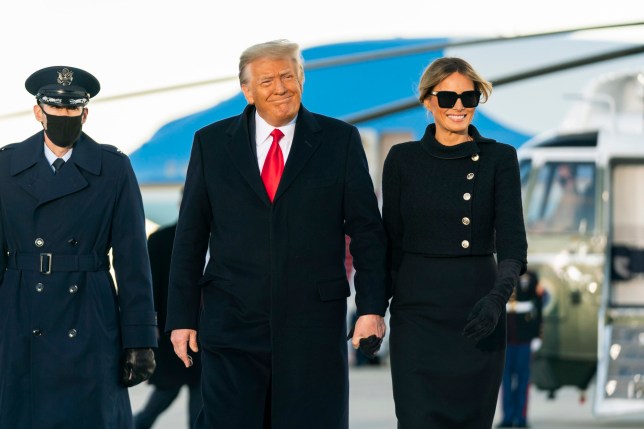 Donald and Melania Trump, pictured during the former president’s final morning in office, are both said to be far happier since he was banned from Twitter (Picture: AP)

Donald and Melania Trump’s marriage has been given a shot in the arm by the former president’s Twitter ban, a close friend said. The ex-first lady is said to be delighted at the positive change in her husband since he was banned from the social media site in the wake of last month’s deadly US Capitol riots.

Trump’s former senior adviser Jason Miller said: ‘The president has said he feels happier now than he’s been in some time. He’s said not being on social media, and not being subject to the hateful echo chamber that social media too frequently becomes, has actually been good.

‘That’s something the first lady has backed up as well. She has said she loves it, that he’s much happier, and that he’s enjoying himself much more.’ Miller told The Sunday Times that Trump was in a great mood during his final flight on Air Force One on January 20, and that he is enjoying life post-presidency.

The Trumps have been hit by repeated claims Melania will file for divorce now that she is out of the spotlight, although family friends – including Miller – insist the couple’s marriage is solid. 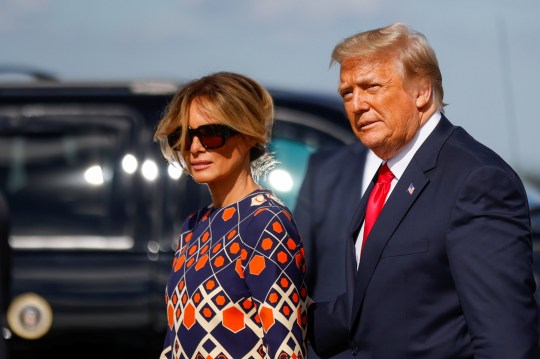 Melania Trump was last photographed on the morning of January 20, and is said to be thrilled by the change in her husband since the end of his presidency, and his Twitter ban (Picture: Reuters)

Miller also predicted that Trump will be acquitted at his second impeachment trial, which begins this week. The former president is accused of inciting the January 6 Capitol riot that killed four protesters and a cop.

Trump will not testify before proceedings, with his lawyers set to lay out a free speech defense to try and get him off the hook. Statistically, Trump appears to be on course for an acquittal.

So far, just five of the US Senate’s 50 Republican senators have indicated plans to turn on their former president. At least 67 of the 100 senators must vote to convict Trump for him to be found guilty, with political analysts saying it is unlikely that many will turn against him.

If cleared at his trial, Trump will be able to run for office again in 2024.

Since moving to Florida, he has kept a low profile, releasing sporadic statements about what he claims is his burgeoning popularity, announcing his resignation from a Hollywood union, and condemning impeachment proceedings.