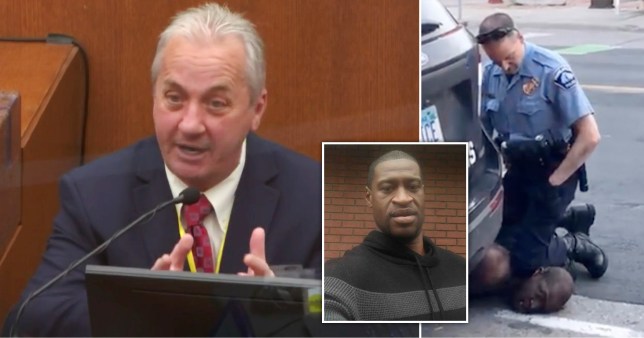 ‘First of all, pulling him down to the ground face down and putting your knee on a neck for that amount of time is just uncalled for,’ Minneapolis Police Lt Richard Zimmerman said on Friday during the fifth day of Chauvin’s murder trial.

Zimmerman, who leads the police department’s homicide unit, continued that he saw ‘no reason why the officers felt they were in danger if that’s what they felt, and that’s what they would have to have felt to have to use that kind of force.’

Prosecutor Matthew Frank asked Zimmerman, who has been with the department since 1985, if the restraint should have stopped once Floyd was handcuffed and pinned to the ground. 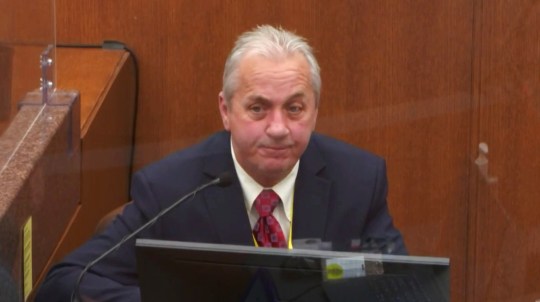 Zimmerman said that Chauvin violated the department’s policy on use of force by kneeling on Floyd’s neck for more than nine minutes as the black man lay on his stomach in handcuffs.

Police officers are trained to move suspects who are prone and handcuffed off their chest as soon as possible, by turning them on their side or sitting them up, Zimmerman said. Cops have never been taught to kneel on a suspect’s neck in a prone position, he said.

‘You need to get them off their chest,’ Zimmerman said. ‘If you’re lying on your chest, that’s constricting your breathing even more.’

Floyd, 46, repeatedly cried, ‘I can’t breathe,’ as Chauvin, a white 19-year veteran of the police department, knelt on his neck on May 25.