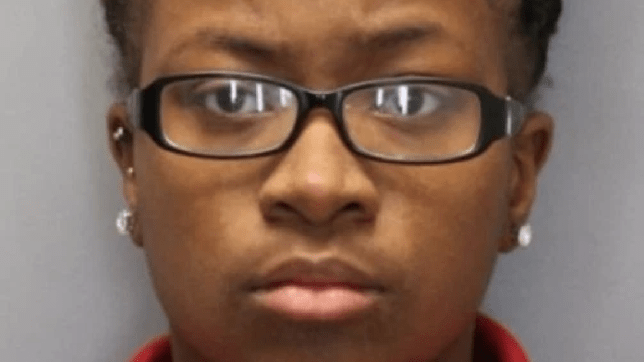 Dejoynay Ferguson, 20, has pleaded guilty to murder and other charges (Picture: Delaware Department of Justice)

A daycare worker has admitted to murdering a four-month-old baby girl and abusing four other children who were in her care.

Dejoynay Ferguson, 20, faces spending rest of her life in prison after pleading guilty to suffocating the newborn to death in 2019. She pleaded guilty to first degree murder and eight counts of child abuse in the child’s death, and alleged abuse of four others, on Wednesday.

According to police, Ferguson, from New Castle, Delaware, officers responded to the Little People Child Development Center, in New Castle County, on September 5. Upon arrival police found a four-month-old who was unresponsive and ended up being declared dead at a hospital.

Ferguson, the child’s assigned caregiver, is said to have put her hands over the girl’s mouth and nose in order to restrict her breathing on purpose, investigators said.

The defendant put the victim back in a crib after the girl became unresponsive and Ferguson allegedly told the daycare’s owner about the unresponsive baby about 20 minutes later reports Law and Crime.

Police said that surveillance footage showed Ferguson picking up a crying infant by the front of the shirt and putting her on a changing table. Wearing latex gloves, Ferguson allegedly put her hands on the baby’s face for more than three minutes, detectives believe.

Ferguson told police she grabbed the baby by the shirt because the infant was ‘fussy’ and wouldn’t stop crying, officials said.

In a press release, the department of justice said: ‘Following an extensive investigation by the Delaware State Police Homicide Unit and the Delaware Department of Justice, a grand jury indicted Dejoynay Ferguson in July for the repeated abuse and murder of a child, and the abuse of four other children in her care at a daycare facility where she was employed.

‘Ferguson’s plea includes an acknowledgement of guilt for the murder, along with the other abuse alleged in the State’s indictment.’

A date for sentencing has not been set, but Ferguson faces anywhere between 27 years to life in prison if convicted.