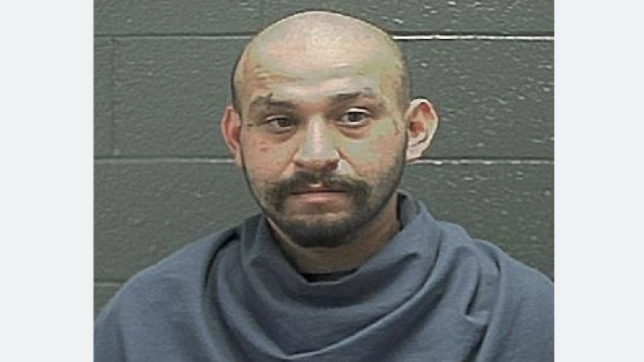 Jacob Lopez was arrested and charged with causing injury to a child (Picture: Wichita County Jail)

A father has been accused of shooting his five children with a BB gun and using a taser on them as a form of punishment. Jacob Lopez, from Wichita Falls, Texas, is under investigation for allegedly torturing his children by punching and shooting them with BB bullets, according to police.

Lopez is being held behind bars charged with causing injury to a child for allegedly using force and firing hard plastic bullets at his children.

According to police, detectives were tipped off about the suspected child abuse by the Child Protective Services (CPS), after the grandmother of the children, aged eight and younger, reported Lopez.

The father is also accused of using a taser – a device more commonly used by police to disable criminals – on his children, reports Texomashomepage.com.

An arrest affidavit states how the CPS contacted police officials on Wednesday following the grandmother’s report. Upon investigation police officers found red circular marks on two of the boys.

Detectives said the five-year-old had a large amount of small round wounds all over his body, and the children’s grandmother and other family members told police that the marks were caused by BB gun bullets.

One of the children also had an open sore inside his lip and the grandmother told officers that Lopez got angry with the boy, and punched him as punishment.

Officers said Lopez first denied the accusations but later admitted to hitting the boy in the mouth and to shooting his kids with BB bullets.

The oldest child, who is eight-years-old, told police that all the children had been shot with BB’s numerous times.

How to avoid unregistered takeaways, as 1 in 10 who order experience sickness