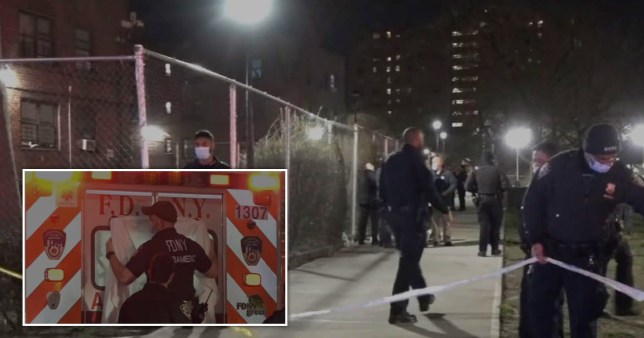 A father killed his daughter’s mother and her two sisters before shooting himself to death – leaving the nine-year-old girl to phone the police.

The shocking murder-suicide happened late last night in Brooklyn, New York, according to police, who have said they believe a 46-year-old man is responsible for shooting two women and a teenager before turning the gun on himself.

The NYPD has said officers responded to an apartment block in Brownsville after a nine-year-old girl dialed 911 at around 11.20pm. Upon arrival at the flat, officers found three women dead inside a fourth floor apartment on Sutter Avenue.

Police believe the women are the girl’s 45-year-old mother and her two sisters, one aged 20 and the other a teenager, reports ABC 7.

The 46-year-old shooter, believed to be the father of the girl, was later found outside a nearby building in the same housing complex. He appeared to have a self inflicted gunshot wound, according to police.

Officers believe the 45-year-old woman who was killed was the suspect’s girlfriend.

The young girl who called for police wasn’t hurt, according to the NYPD, who also believe the girl is the daughter of the gunman and the 45-year-old victim.

Two guns were recovered at the scene by NYPD officers and video footage captured by ABC 7 shows the apartment block being taped off by officers. The clip shows a number of police and medical personnel at the scene.

The identities of the four people who died have not yet been released by police.

The NYPD has said they are treating the incident as a murder-suicide.

Boris Johnson hails free twice-weekly Covid tests for ALL Brits as ‘very, very valuable’ in getting back to the pub

Vaccine Tourism Is an Economic Boon for Some Towns