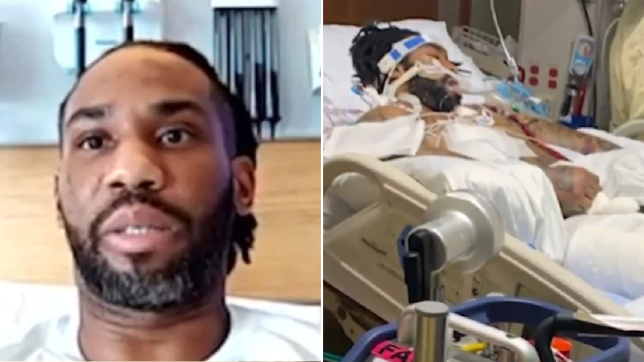 Rashod Lindsay has been in hospital for three months with Covid (Picture: KOCO News 5)

A previously healthy 33-year-old had to have his right leg amputated after complications from coronavirus caused a dangerous infection. Rashod Lindsay, a father-of-four, has been in hospital for three months with Covid having contracted the virus in January and is yet to make a full recovery.

Lindsay, from Cincinnati, Ohio, was originally taken in with chest pains, but that almost turned to heart-ache for his family after Covid sent him into a medically-induced come and left him fighting for his life, reports KOCO News 5.

Lindsay says his heart stopped twice while hooked up to life support, and added that couldn’t prevent the virus causing complications, ultimately leading him to lose his leg.

Lindsay said: ‘You don’t understand how serious the case is until you actually go through it or somebody close to you goes through it. 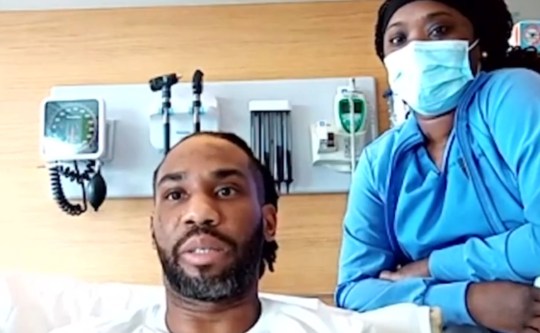 Rashod Lindsay will soon be fitted for a prosthetic leg (Picture: KOCO 5 News)

‘My heart was failing and things like that. I was on the ECMO machine. I was going through dialysis and I was fighting for my life on life support.’

He said he didn’t believe doctors at first when they told him his leg had been amputated, but admits he feels grateful to at least still be alive.

Lindsay added: ‘My first reaction was I couldn’t believe it. I had to feel my leg.

‘I was like this can’t be true. From there on, I just made up my mind that I was going to fight and keep fighting.

That old leg, that’s old news. You talk about a new leg, can’t beat that.’

Lindsay’s mother, Bridgett Boyd, said seeing her son so poorly was ‘devastating’ and added that the whole family is ‘grateful’ he managed to pull through.

His sister, meanwhile, who works at the facility where he’s now going through rehab, called him a miracle and an inspiration. 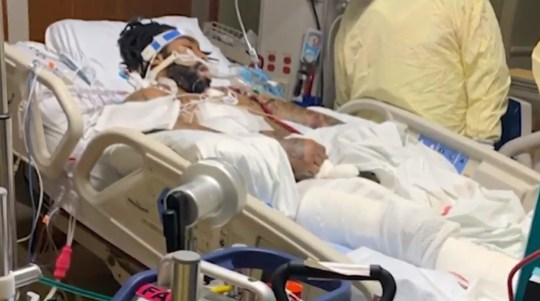 ‘Sometimes you’re going to face challenges, but it’s up to you to take on those challenges and face them.’

Lindsey said he gets fitted for a prosthetic leg soon and as he recovers he will continue to share his story through his nonprofit, Chance 2 Change.