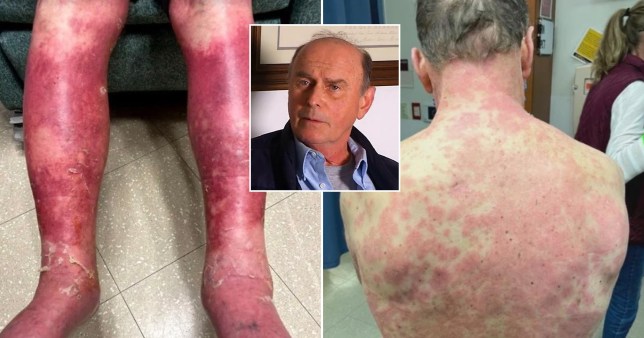 A man whose skin turned bright red and ‘peeled off’ due to an extremely rare reaction to the Covid vaccine has urged people to continue getting the jab regardless.

Richard Terrell, 74, from Virginia, US, was given the Johnson and Johnson vaccine on March 6 and within days developed an itchy rash all over his body.

When the blotchiness wouldn’t die down, he was taken to ER and doctors confirmed the skin condition had been caused by the vaccine which had sparked a ‘frenzied’ activation of his immune system.

A mum in Scotland has suffered a similar reaction to getting the AstraZeneca jab in the UK but experts have reassured people that all jabs currently being used are safe and effective.

Richard spent five days in hospital and is still recovering his strength but says he has no regrets about getting jabbed.

He told WRIC: ‘It all happened so fast. My skin peeled off. It was stinging, burning and itching.

‘Whenever I bent my arms or legs, like the inside of my knee, it was very painful where the skin was swollen and was rubbing against itself.’

Some rashes and skin irritations have been associated with the Covid vaccine. But other, more established vaccines for conditions such as teanus and chickenpox, can also cause a similar reaction. 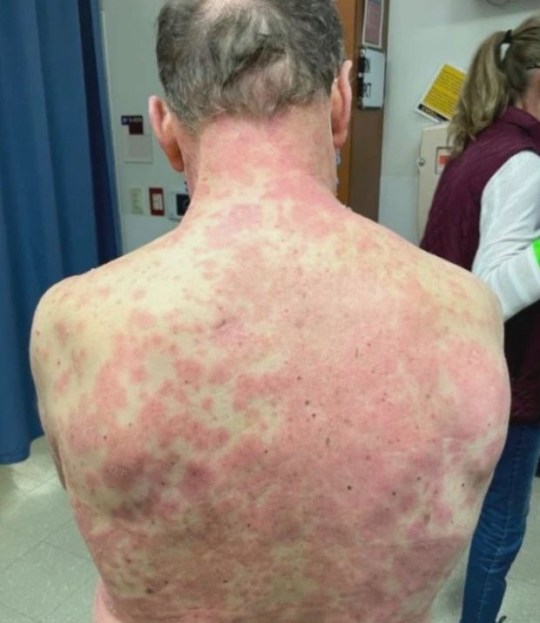 Richard developed an itchy rash all over his body (Picture: VCU Health) 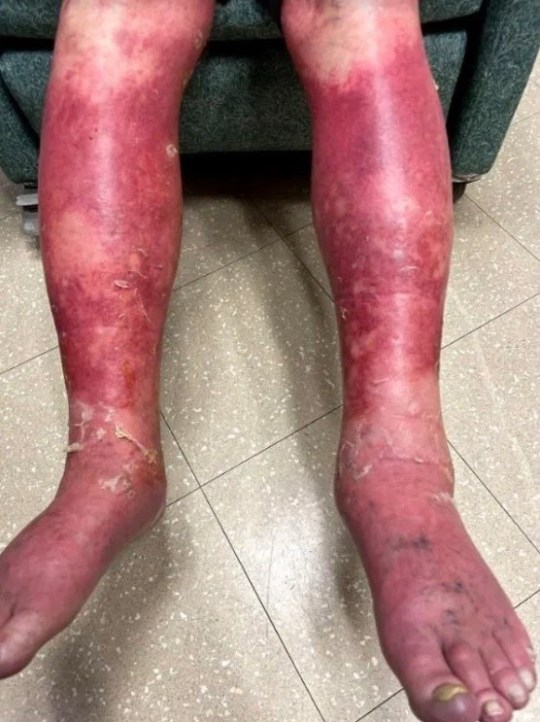 Richard’s rash could have been life-threatening if left untreated (Picture: VCU Health) 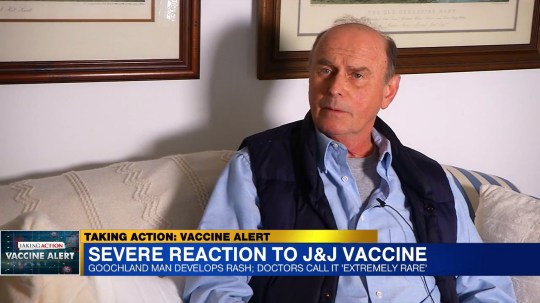 He said he had no regrets about getting the vaccine, despite the reaction (Picture: ABC 8)

Medics say the benefits of getting inoculated far outweigh the risks. The Johnson and Johnson jab is not yet being used in the UK but clinical trials have established it is 85% effective at preventing severe disease from Covid.

Richard’s doctor, Fnu Nutan, said she suspected that her patient may have some rare genetic traits that interacted with some of the vaccine ingredients and triggered the painful reaction.

She said: ‘If you look at the risk for adverse reaction for the vaccine it’s really, really low. We haven’t seen a great concern at all. I am a big proponent of the vaccine.’

Meanwhile, mum Leigh King, 41, from Wishaw, near Glasgow, has described how she is still in pain two weeks after getting the AstraZeneca vaccine. 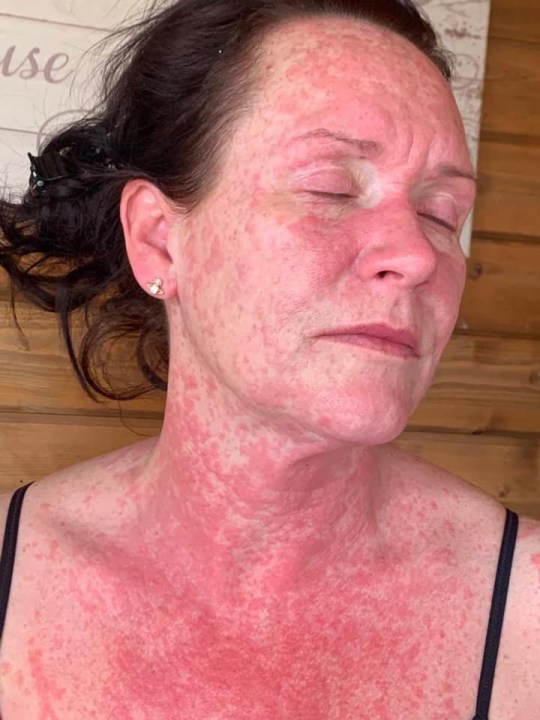 Leigh said: ‘My skin was so sore and constantly hot. I have never felt
pain like this it has been a horrible experience.

‘I am a very healthy person and am not on any medication or anything
like that. I am not even in a vulnerable category.

‘I only got the vaccine as I am an unpaid carer for my son who has
autism and mobility issues.

‘I haven’t even been able to care for him since I got the vaccine as I
am in such pain.’ 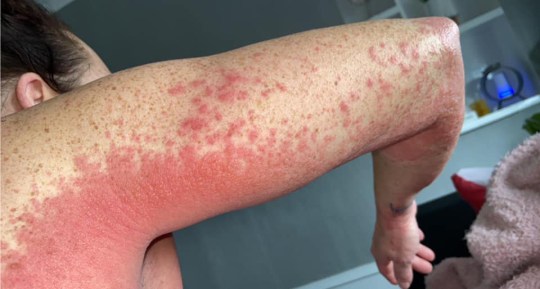 Leigh is waiting to see a skin specialist to determine what happened (Credits: Media Scotland)

Leigh went to A&E three times and is currently waiting to see a skin specialist to determine exactly what happened.

She said her experience hasn’t diminished her faith in the vaccine but has called for the NHS to offer more follow-up care and wants people to be aware of potential side-effects.

The NHS wouldn’t comment on individual cases but reiterated that the vaccine has passed rigorous safety tests.

A spokesperson said: ‘The vaccines approved for use in the UK have met strict standards of safety, quality and effectiveness set out by the independent Medicines and Healthcare products Regulatory Agency (MHRA).

‘Any coronavirus vaccine that is approved must go through all the clinical trials and safety checks all other licensed medicines go through. The MHRA follows international standards of safety.

‘Other vaccines are being developed. They will only be available on the NHS once they have been thoroughly tested to make sure they are safe and effective.

‘So far, millions of people have been given a Covid-19 vaccine and reports of serious side effects, such as allergic reactions, have been very rare. No long-term complications have been reported.’

The incredible mental health benefits of walking and hiking