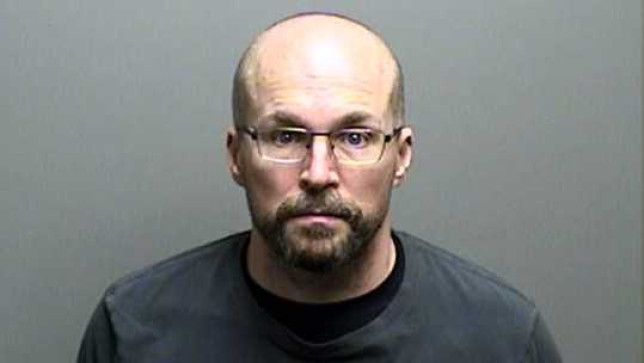 Steven Brandenburg, 46, will be held in jail until he is sentenced (Picture: Ozaukee County Sheriff/AP)

A pharmacist has admitted destroying 570 doses of Moderna’s Covid vaccine after claiming they were made by the devil.

Steven Brandenburg, 46, of Grafton, Wisconsin, has pleaded guilty to federal charges of tampering with consumer products after investigators found he removed vaccines from cold storage in a bid to destroy them.

The vaccine needs to be kept cold to work and Brandenburg believes the Covid jabs were ‘of the Devil’, according to prosecutors. He is also said to hold other extremist views such as the 9/11 terrorist attacks were faked and the Earth is flat.

Brandenburg was charged with trying to destroy the 57 vials – containing 10 doses each – in late January and he pleaded during a video conference with US District Judge Brett Ludwig yesterday.

Police arrested Brandenburg on December 31 as part of an investigation into how 570 doses of the Moderna vaccine were left outside a refrigerator for several hours at a time at the Advocate Aurora Health in Grafton over Christmas.

According to court filings, Brandenburg was a third-shift pharmacist at the facility and believed the Moderna vaccine was laced with microchips, would render people infertile and would mutate people’s DNA. 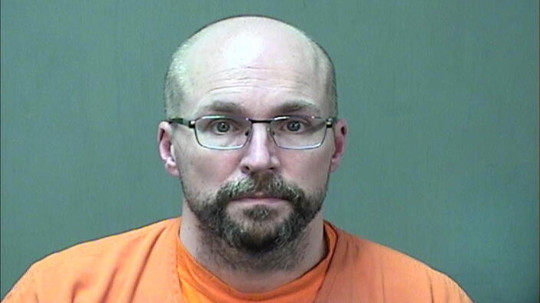 Brandenburg was charged with trying to destroy the 57 vials (Picture: Ozaukee County Sheriff/AP)

Around 60 workers at the facility received shots from the spoiled vials before they were discarded. Prosecutors said efforts to determine whether those doses were inert or harmful are ongoing.

Aurora Health Care fired Brandenburg the day before he was arrested.

Brandenburg’s attorney, Jason Baltz, argued that his client was going through a contentious divorce when he tried to sabotage the vaccine. He also claimed Brandenburg is no longer in a position to tamper with any medication.

Prosecutors had asked Ludwig to jail Brandenburg until sentencing, arguing in a filing that he holds extremist views.

But District Judge Ludwig said that holding ‘crazy’ views isn’t a basis for detaining someone, but ordered Brandenburg to submit to GPS monitoring until sentencing and undergo a mental health evaluation.

Brandenburg’s charges carry a maximum combined sentence of 20 years in prison and $500,000 in fines, but prosecutors agreed to recommend that Ludwig gives Brandenburg at least three years and five months and at most four years and three months for his crimes.

The judge scheduled a sentencing hearing for June 8.

What time is the PM’s speech today, Wednesday, February, 10?