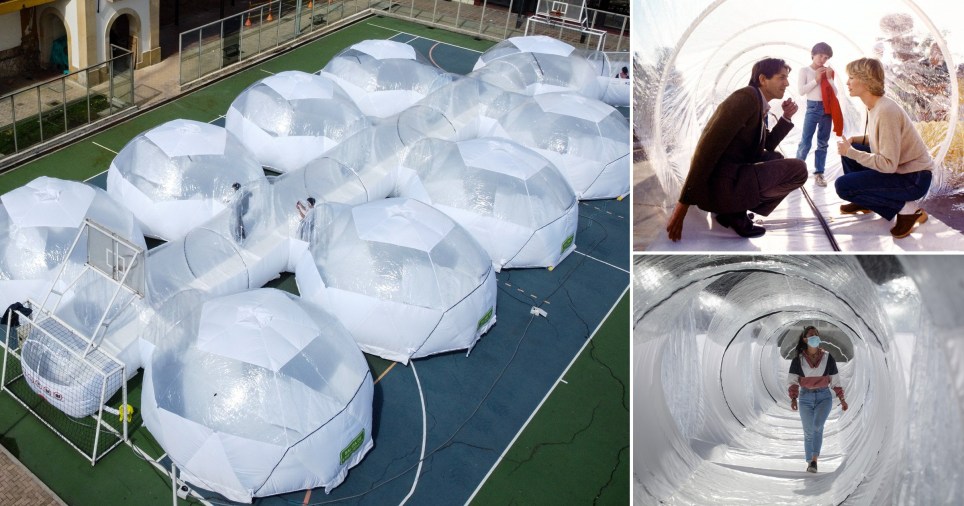 The domes have been brought in as Colombia has been hit by a hospital bed shortage (Picture: Anadolu Agency via Getty Images)

Covid patients in Colombia are set to be placed in portable inflatable domes to solve a hospital bed shortage crisis.

The £10,000 creation from architects at Bogota’s La Salle University can house up to 16 patients in car parks, basketball courts, factories, gyms and a number of other areas.

Each five-metre wide chamber can take two patients, while others are connected by inflatable hallways.

Units can be added on and taken away, while all have tubes inside which help circulate air 16 times an hour.

Alex Perez, an architecture professor who led the dome initiative, told Medical Xpress the domes allow medics to isolate patients and to ‘keep an eye on them’ through the transparent walls.

He added: ‘We wanted to do something to respond to the health emergency the world is going through. 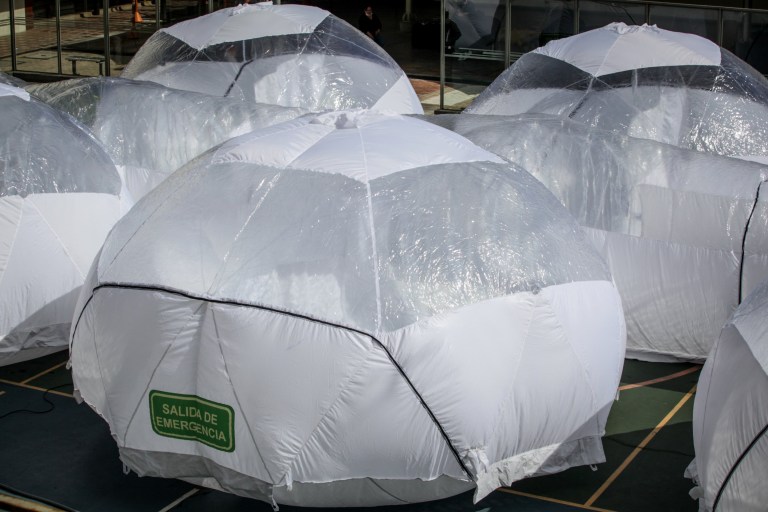 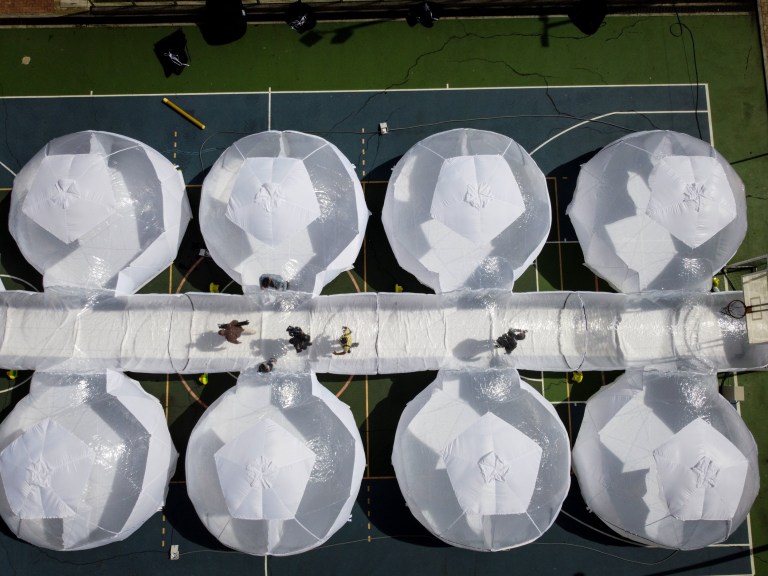 They can be placed in car parks, basketball courts and a number of other locations (Picture: Anadolu Agency via Getty Images) 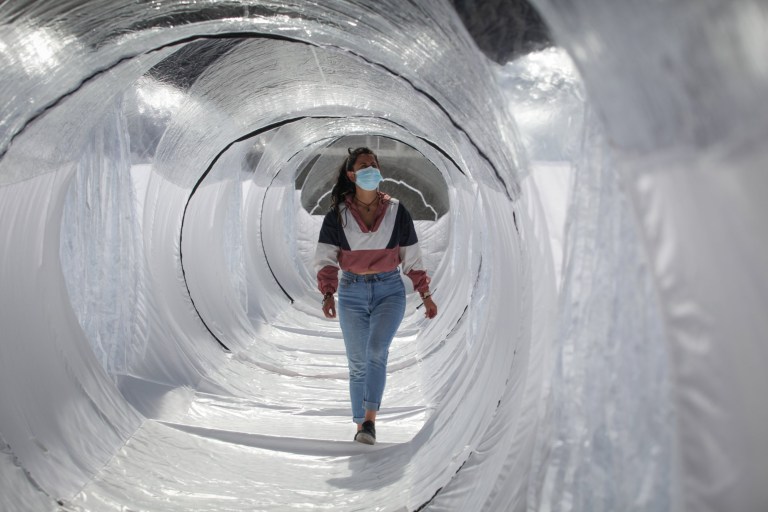 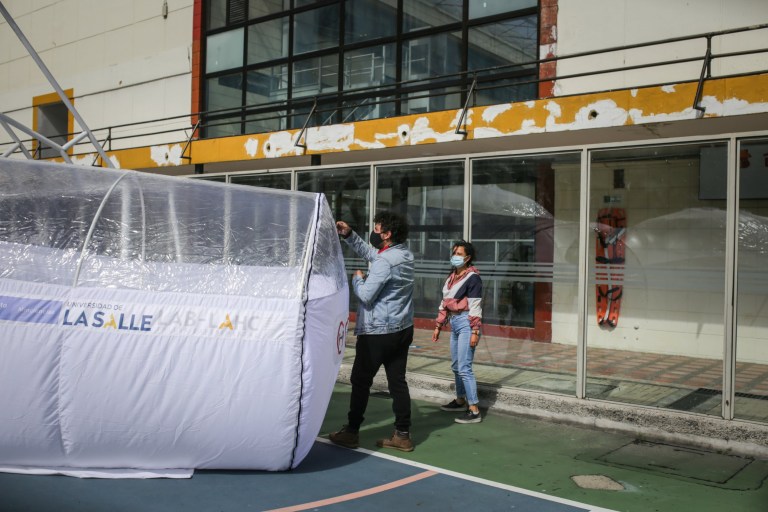 ‘At the start of the pandemic many health systems collapsed and patients were put in gyms or airport hangars, but the conditions in those places were not always the best.’

Three sets of domes have been sent to Colombian cities to help as the country launches its long-awaited immunisation programme this week.

A total of 4,049 new cases have been recorded over the past 24 hours, meaning 2,202,598 people have been infected since the pandemic hit, according to official Government figures.

Colombia is one of the last countries in Latin America to start vaccinations, behind Ecuador, Panama and Chile.