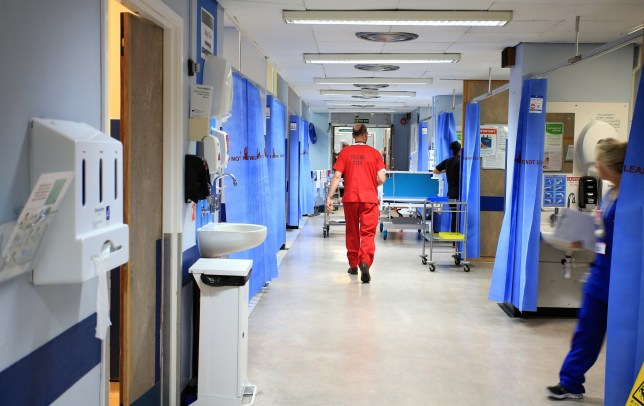 The man, 69, sadly died of Covid after his lungs failed while in ICU (Picture: PA)

A man infected with coronavirus suffered a painful three-hour erection after the virus caused blood clots to develop in his penis.

The unidentified man, 69, from Ohio, US, was diagnosed with a condition called priapism – characterized by a painful erection – while in hospital with a severe bout of Covid in autumn last year.

He was admitted to the Miami Valley Hospital in August with serious breathlessness, inflammation, and a build up of fluid on his lungs. He sadly died of Covid in late 2020 after his lungs failed entirely.

The man was then the subject of a study by The American Journal of American Medicine, in which medics who treated him said they believed Covid caused blood clots in his penis.

The journal outlines how the patient, who was obese, was initially sedated and put on a ventilator when his condition deteriorated and his lungs started to fail after 10 days of treatment.

Doctors are said to have placed him face down in the prone position for 12 hours as an emergency technique to help airflow throughout his body. But when he was turned onto his back later in the afternoon, nurses noticed he had developed an erection.

An ice pack was applied to the patient’s penis to try to bring the swelling down but the stiffness persisted for three hours. Doctors then had to drain the blood from his penis using a needle. While the priapism did not return, the patient died in ICU when his lungs eventually failed.

Doctors stated how the corpora cavernosa ― the chambers of tissue inside of his penis ― were rigid, yet the tip was flaccid.

The man was diagnosed with low-flow priapism, a condition that means blood becomes trapped in the erection chambers, which is believed to have been caused by clots in his blood.

Because the patient was unconscious, he was unable to answer questions about how much pain he was in

The swelling is said to have subsided 30 minutes after his penis had been drained. He was then put on a drip which included medication to prevent blood clots.

Covid has been found to damage blood vessels in many patients since last March, causing dangerous blood clots.

While experts are unsure why the virus causes the blockages, the prevailing theory is that it is the result of an immune overreaction called a ‘cytokine storm’, which sees the body attack healthy tissue.