The County Durham school says it is cracking down on bullying and vandalism (Picture: Getty Images/iStockphoto)

A secondary school headteacher has defended his decision to install CCTV in student toilets.

Cameras have been put into communal areas of bathrooms to ‘prevent bullying and vandalism’.

But some furious parents have called it a privacy violation and demanded the school remove them.

One parent of a student attending Framwellgate School in County Durham said their child was ‘mortified’ knowing the security equipment is there.

Andy Black, whose daughter attends the school, said: ‘It’s a violation of privacy for the children. We were not consulted.

‘They say it’s to prevent bullying. If they want to stop bullying, put cameras on the outside of the door seeing who is going in and out.

‘They don’t have to put it in the bathroom area, especially for the girls who would consider that an off-limit sanctuary. 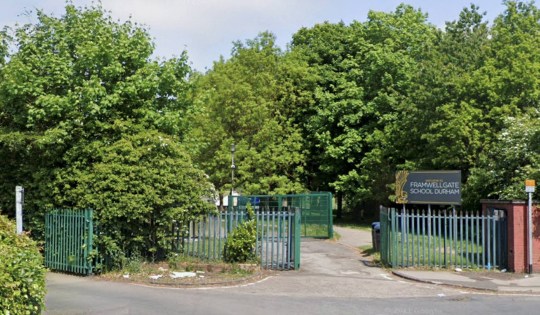 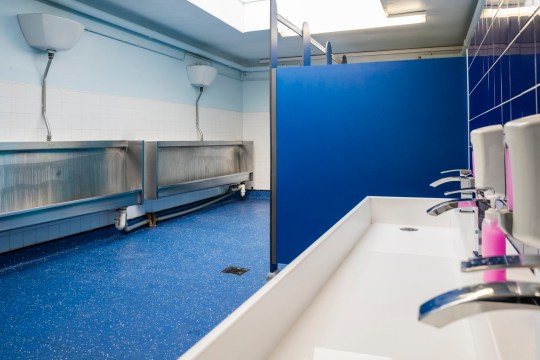 ‘My daughter is 14 and she is mortified at the thought that the school is monitoring her behaviour in the bathrooms.

‘She said she just won’t go to the toilets at school at all and wait until she returns home.’

Mr Black said he was also concerned about who is monitoring the cameras and how secure the network is.

He said the move is ‘morally way off the compass’ and demanded to know who’d be able to review the footage.

Headteacher Andy Byers has defended the move, assuring parents the cameras will not be placed ‘anywhere where privacy might be breached’.

In the boys’ toilets, the urinals have been removed and replaced with cubicles ‘to afford students extra privacy’.

He said: ‘The toilets are pretty much the only unsupervised area of the school where staff very rarely go and we have a duty of care to safeguard young people and keep them safe, and that includes stopping bullying and damage and vandalism.

‘There are a lot of young people who have told us they are scared to go to the toilets because of all the students hanging around in there.’

‘On the Fringe’ explores the thin line between science and pseudoscience