Police officers have been caught on camera appearing to punch, kick and place a black man in a headlock during his arrest.

The disturbing footage was captured by a bystander on their cell phone in Miami, Florida, on Sunday afternoon.

The clips shows one officer punch a man, who seems to be resisting arrest, three times while two of his colleagues pin the unnamed black man to the ground. The same officer can then be seeing holding their suspect by his neck in a headlock.

Miami Police Department has launched an internal review of the incident following the emergence of the footage captured by shocked on-looker, NiNi Milton. 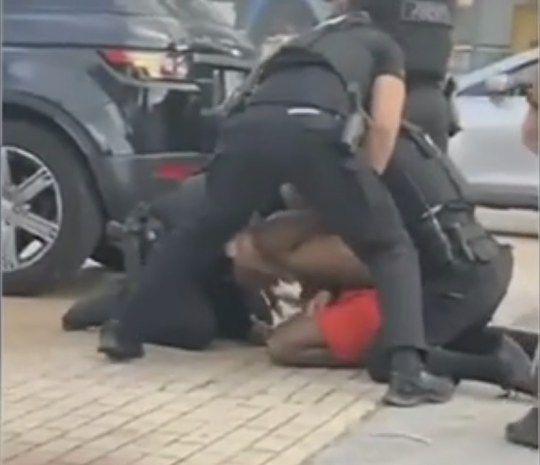 Miami Police Department officers pin down a man during an arrest on Sunday February 28 (Picture: Local 10) 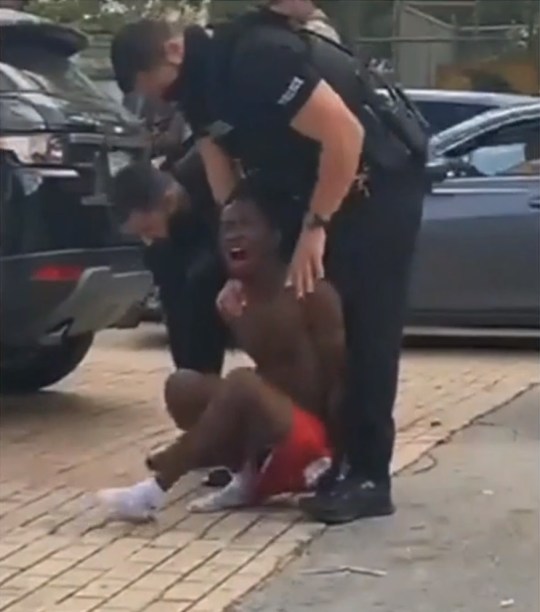 The man appeared to be resisting arrest (Picture: Local 10)

She said the police went ‘too far’ during the arrest which took place in the middle of the road in Miami’s Liberty City neighborhood, reports Local 10.

Milton described how the apparent police suspect was pinned to the ground in the middle of the road following a traffic stop.

Police officers can be seen battling to put handcuffs on the man, which is when he is punched and later kicked while laying face down on the floor.

The circumstances surrounding the man’s arrest are not yet know.

The video comes not long after the Department of Justice announced it is ending its five-year oversight of the Miami Police Department, sparked by a history of excessive force and deadly force complaints.

In its final report, the Department of Justice said: ‘MPD has collaborated with DOJ in revising policies, procedures or practices relating to the use of force that the DOJ deems to be deficient.’