Five cops have been charged with manslaughter after a 15-year-old boy was shot dead by police – after dropped his gun and raising his hands.

Stavian Rodriguez, a suspect in an armed robbery at a gas station, was shot 13 times by police in Oklahoma City, Oklahoma, on November 23 last year.

Chilling video footage of the shooing, taken from surveillance cameras and released yesterday, shows Rodriguez exit the store, place his gun on the floor, raise his hands and then reach towards his back left pocket – which is when five Oklahoma City police officers opened fire.

A cell phone was later recovered from the pocket the teenager had his hand on when he was shot. 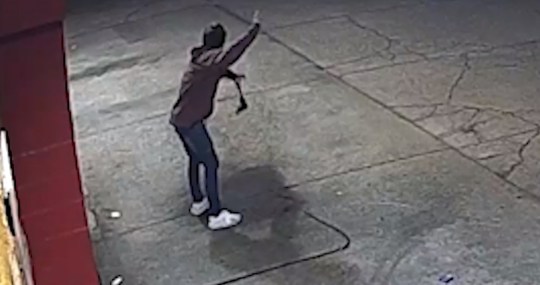 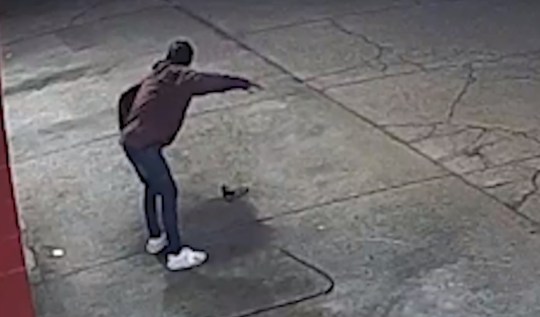 Manslaughter charges were brought against officers Bethany Sears, Jared Barton, Corey Adams, John Skuta and Brad Pemberton yesterday, March 10, in relation to Rodriguez’s slaying. They have been on administrative leave since the shooting.

The police, however, who have defended the officers’ actions, claim Rodriguez did not comply with officer commands and so officers shot at him.

On the night of the shooting, Oklahoma City police responded to reports of an armed robbery taking place at an Okie Gas Express store, reports NBC News.

The store clerk managed to flee the store and leave Rodriguez locked inside as officers arrived and surrounded the scene, according to police.

Rodriguez, who police say was armed, exited the store through a window, and according to the police account, Rodriguez did not comply with commands from responding officers. Rodriguez was then shot 13 times and died at a nearby medical center.

His family has spoken out to say they do not dispute that Rodriguez was armed, but they argued he complied with officer commands to drop the gun and was not armed when he was fatally shot.

A probable cause affidavit from the Oklahoma County district attorney alleges the officers unnecessarily shot Rodriguez after officers were ‘simultaneously giving him varying commands’. 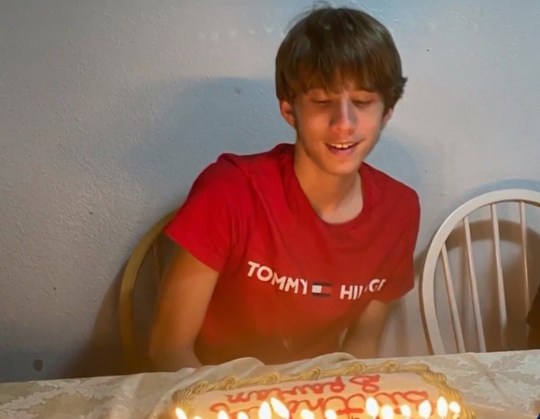 The documents says: ‘Stavian Rodriguez had no weapons other than the firearm, which he dropped prior to being shot. A cellphone was recovered from the left rear pocket he had his hand in at the time he was shot.’

Fresh footage taken from the store’s surveillance video shows Rodriguez exiting through the window and placing what appears to be a gun on the ground when asked to do so by police. He then appears to reach for the back pocket of his trousers before officers open fire.

Holland’s filing alleges that bystander video, disputed the police’s account that her son did not comply with officers. The suit claims eyewitnesses observed Rodriguez complying with commands.

Rand Eddy, an attorney for Holland, called the new charges against the officers a step toward justice.

He said: ‘The Oklahoma City Police Department has been perpetuating the murder of innocent and unarmed people for decades.

‘It has the second-highest per capita rate of killings in the nation. Of the many forms of justice Stavian and his family deserve, we hope to see an end to this senseless violence and tragedy in our community.’

Police body cam footage from the five officers who fired their weapons fail to offer a clear visual of Rodriguez before shots are fired.

The video shows the store clerk speaking with officers, letting them know Rodriguez was locked inside and had a gun.

Officers can be seen waiting outside by gas pumps with their guns drawn and asking Rodriguez to exit with his hands up, which surveillance footage appears to show him doing.

The body cameras recorded sound and one of the officers can be heard asking Rodriguez over a loudspeaker to put his weapon down.

Several minutes pass before Rodriguez begins to exit from a store window. 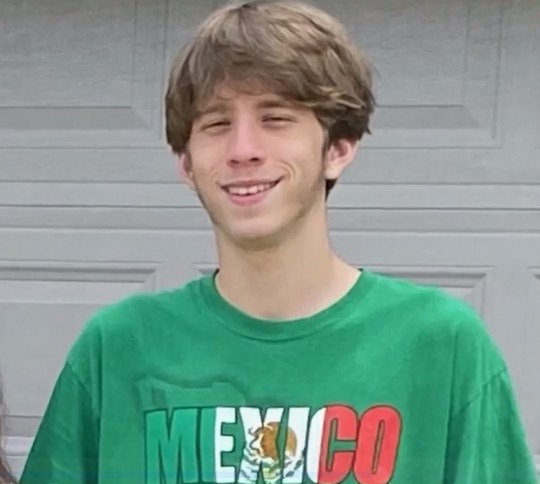 Rodriguez was a suspect in an armed robbery that police had responded to (Picture: Koco News 5)

‘Nobody has to get hurt, just show us your hands’, police say over the loudspeaker. The voice added, ‘Face down, on the ground.’

Shots can be heard on the footage, but the body cameras are obstructed.

John George, president of the Oklahoma City Fraternal Order of Police, has since defended the officers for making a life-or-death decision ‘in a split second’.

He said: ‘When an armed robbery suspect did not obey police commands, five officers perceived the same threat and simultaneously fired their weapons.

‘A loss of life is always a tragedy and we know these officers did not take firing their weapons lightly. The OKC FOP stands by these officers and maintains they acted within the law.’