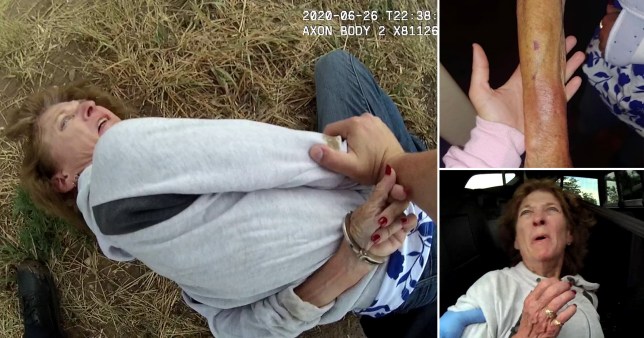 A police officer accused leaving a 73-year-old dementia sufferer with a dislocated shoulder during an arrest has been placed under a criminal investigation.

Austin Hopp, 26, may be charged over the incident last June, in which body cam footage showed him man-handling Karen Garner, who has dementia, pinning her to the ground and placing her in handcuffs allegedly because she forgot to pay $13 for groceries at the store.

The footage was released last week as part of a federal lawsuit filed by an attorney on behalf of Garner, which claims Hopp used ‘excessive force’ during the confrontation in Loveland, Colorado. She is seeking an unspecified amount of damages for what attorney Sarah Schielke calls a ‘torture case’.

Following the emergence of the distressing footage, state prosecutors have launched a criminal investigation into Loveland Police officer, Hopp, and two other officers with the department. Secondary responding officer Daria Jalali and on-scene supervising sergeant Phil Metzler, may also face charges for their involvement in Garner’s disturbing arrest.

According to the lawsuit, on June 26, 2020, Garner was arrested by Loveland Police after Walmart employees realized that she left the store without paying for a candy bar, a can of Pepsi and a t-shirt, a shopping spree that totaled $13.38.

As she walked home, officer Hopp caught up with Garner, who appears to be visibly confused in his body cam footage, reports the Greeley Tribune.

In the video, Hopp is seen pinning Garner to the ground as she screams ‘I’m going home’. He then proceeds to place the pensioner is hand cuffs before pulling her to her feet and pushing her up against his patrol car.

Assisting officer, Daria Jalali, can also be seen pulling Garner’s arm to behind her back at Garner front in pinned to the police car. As the officers appear to pull Garner’s arms, a a snapping sound can be heard on the body cam footage and Garner cries out in pain. 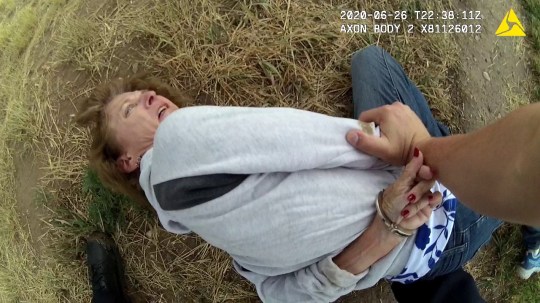 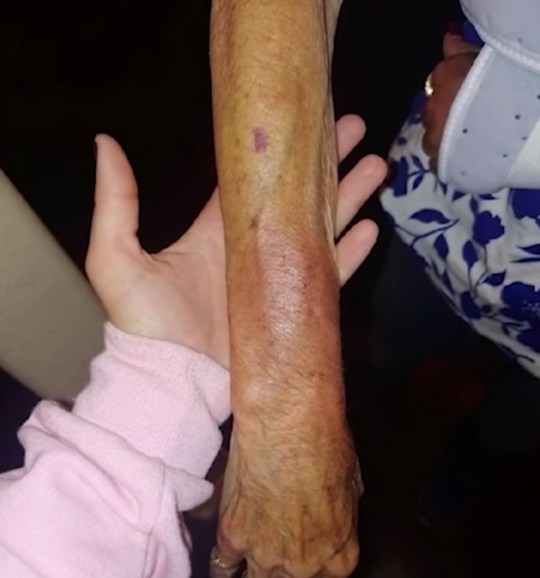 According to the subsequent lawsuit, Hopp ‘violently assaulted Garner without provocation’.

Garner suffered a fractured arm and a dislocated shoulder in the ordeal, her attorney added.

Hopp was places on administrative leave following the release of the video last week.

Garner was taken into custody following her roadside arrest, and was reportedly held for hours without medical attention, despite verbalizing that she was in pain.

Shielke said: ‘It is the opposite of community policing. I thought a lot about this case as I have prepared to file it, and on paper and in the legal pleading it is an excessive-force case.

‘In reality when you watch the video, you see this is a torture case.’ 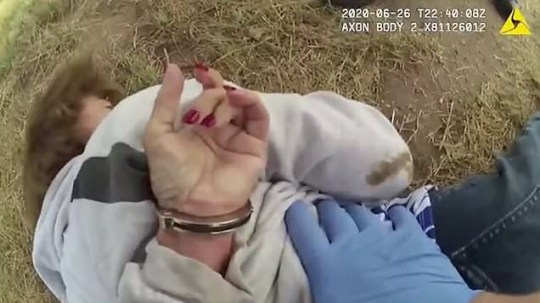 Speaking on Monday, April 19, the District Attorney for Larimer and Jackson Counties in Colorado, Gordon McLaughlin, said he was unaware of the incident until the video was released.

If they don’t charge the officers, prosecutors must release a letter after examining the incident that explains their reasoning for not filing charges, according to the Denver Post.

The criminal probe will be led by the Fort Collins Police Services and will be assisted by the DA’s office, the US Attorney’s Office and the FBI, according to officials. The Loveland Police Department is also conducting its own review of the incident.

In a statement, Garner’s family has called the criminal investigation a ‘small but overdue step in the right direction’.

‘Clearly, the newly-elected DA understands what we suspected last summer – that only an independent, outside investigation, with all the world’s attention, will reveal the truth,’ the family said.