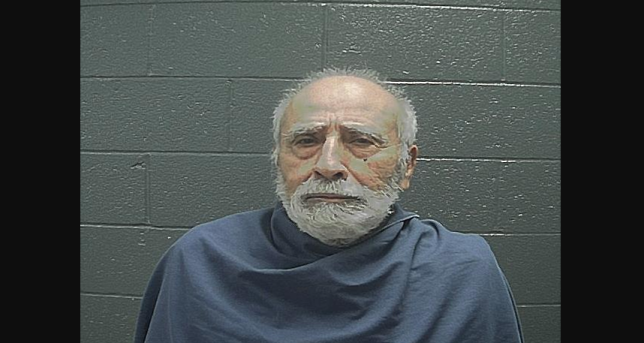 Teofilo Contreras’s family defended his alleged pedophilia by highlighting how the child involved was not one of his relatives (Picture: Wichita County Jail)

A suspected pedophile’s family have defended his alleged behavior by highlighting how a child he is accused of grooming wasn’t a relative. Teofilo Contreras, 86, was given the eye-catching defense by some family during a court hearing where they requested he be freed on bail.

Contreras, from Wichita Falls in Texas, appeared in court Wednesday over claims he texted a 10 year-old child asking her for nude photos, and molested the youngster from when she was eight. She told detectives that Contreras had repeatedly abused her while she visited his house.

Contreras is also said to have told the girl to perform a lewd act on herself while she showered. The girl’s parents discovered the texts and confronted Contreras, who begged forgiveness and claimed he would never do it again, it is alleged.

But they went to police anyway, with the elderly suspect arrested in January and charged with five counts of aggravated child sexual assault. One of Contreras’s family members tried defending his actions during Wednesday’s bail hearing by saying they were glad it wasn’t a relative.

Meanwhile, one of the suspect’s daughters, who lives in Maryland, told a judge that she was happy to put her dad up while he was on bail, and that he would pose no risk to children while freed.

She also called on the judge to remove a ban on her dad from having his guns, saying he lives in a dangerous part of town.

Contreras’s son, who was not named, argued against that proposal, and told a judge there was a risk his dad would not return for his trial if freed.

He also said his dad posed a risk to other children if he were allowed out on bail ahead of his trial, KJTL.

A judge ultimately decided to let Contreras out on bail, on the condition that he remain at home except for doctors’ appointments, and surrender any firearms.

Contreras is due back in court at a later date.