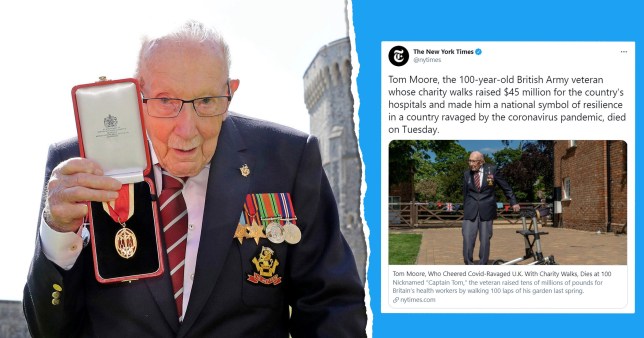 The New York Times has irritated readers with how it has addressed Captain Sir Tom Moore (Picture: AP)

The New York Times have left readers irked after leaving Captain Sir Tom Moore’s titles out of a piece about his death.

The prestigious newspaper mentions the fact the NHS fundraising hero was knighted, but continues to call him ‘Mr Moore’ throughout the story.

This afternoon it was announced that Sir Tom, 100, had died in Bedford Hospital, where he spent the past few days battling Covid-19 and pneumonia.

His final year saw him capture the hearts of the nation, raising more than £32million for the NHS after completing 100 laps of his garden in time for his centenary.

Sir Tom was so loved and admired for his work, that seeing the way the New York Times addressed him in their article was enough to upset people.

Claire Delahorne added: ‘As you mention in your article, he was recently knighted, so your copy should refer to him as Sir Tom Moore.’

Tom Moore, the 100-year-old British Army veteran whose charity walks raised $45 million for the country’s hospitals and made him a national symbol of resilience in a country ravaged by the coronavirus pandemic, died on Tuesday. https://t.co/ChFYIQc6eA 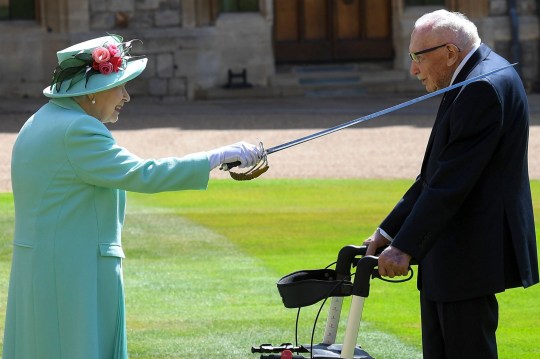 Another urged the paper to use the proper title to ‘give him dignity in death’, while Gene Daniel Gray added: ‘It’s Capitain Sir Tom Moore… @nytimes ! This is why the world hates us.’

A spokesperson from the New York Times told Metro.co.uk: ‘The article acknowledges Mr. Moore’s many achievements and knighthood.

‘The New York Times style guide recommends that if someone is primarily known for public achievements in another field, the title Sir should generally be avoided unless specifically relevant to the context.’

Tributes have poured in for Sir Tom, including from the Queen, who knighted him at a special outdoor ceremony at Windsor Castle in July.

In a statement, Prime Minister Boris Johnson said: ‘Captain Sir Tom Moore was a hero in the truest sense of the word.

‘In the dark days of the Second World War he fought for freedom and in the face of this country’s deepest post-war crisis he united us all, he cheered us all up, and he embodied the triumph of the human spirit. 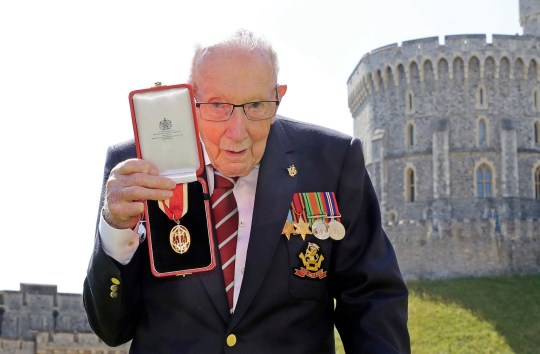 Sir Tom was awarded the title at a special outdoor ceremony at Windsor Castle (Picture: AP) 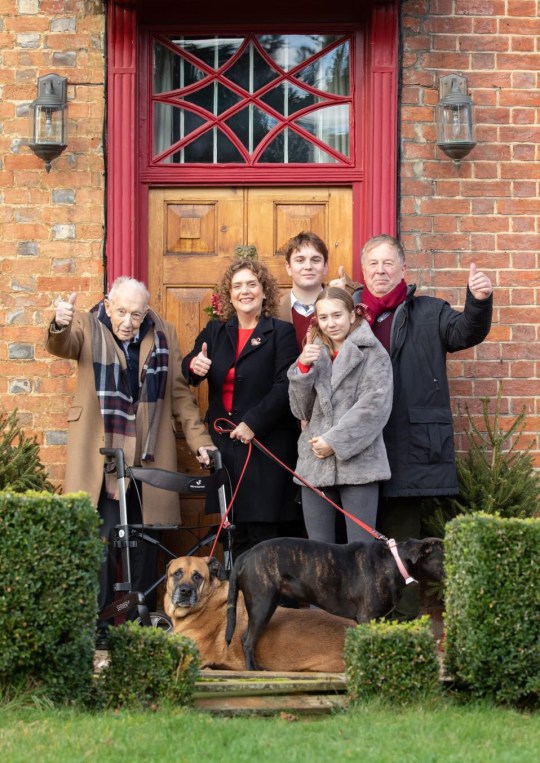 ‘It is quite astonishing that at the age of 100 he raised more than £32 million for the NHS, and so gave countless others their own chance to thank the extraordinary men and women who have protected us through the pandemic.

‘He became not just a national inspiration but a beacon of hope for the world. Our thoughts are with his daughter Hannah and all his family.’

In a statement, Sir Tom’s daughters Hannah Ingram-Moore and Lucy Teixeira said: ‘It is with great sadness that we announce the death of our dear father, Captain Sir Tom Moore.

Where did Captain Tom’s millions go?


‘We are so grateful that we were with him during the last hours of his life; Hannah, Benjie and Georgia by his bedside and Lucy on FaceTime.

‘We spent hours chatting to him, reminiscing about our childhood and our wonderful mother. We shared laughter and tears together.

‘The last year of our father’s life was nothing short of remarkable. He was rejuvenated and experienced things he’d only ever dreamed of.

‘Whilst he’d been in so many hearts for just a short time, he was an incredible father and grandfather, and he will stay alive in our hearts forever.’