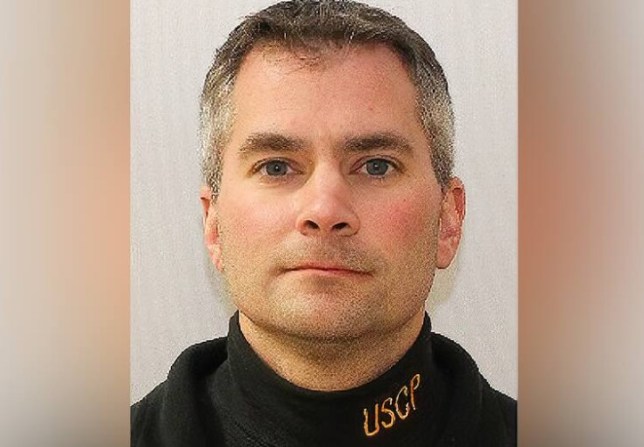 US Capitol Police officer Brian Sicknick died of natural causes the day after the January 6 insurrection – not chemical irritants he was exposed to during the scuffle, a medical examiner has ruled.

Sicknick was sprayed with a chemical substance around 2.20pm as fans of then-President Donald Trump stormed the Capitol building to try to stop Congress from certifying President Joe Biden’s victory. Sicknick collapsed the same day around 10pm. He died the following night.

However, Diaz said activity around the riot ‘played a role in his condition’.

Washington, DC’s acting deputy mayor for public safety, Christopher Geldart, said on Monday that the medical examiner’s office ‘took the appropriate amount of time to evaluate all the evidence’ in Sicknick’s death. The review included toxicology results, videos and statements from police officers.

Law enforcement officials initially said Sicknick was hit with a fire extinguisher but later stated that he died of injuries he sustained while defending the Capitol building.

Sicknick ‘was injured while physically engaging with protesters’, Capitol Police stated at the time. ‘He returned to his division office and collapsed. He was taken to a local hospital where he succumbed to his injuries’.

In a statement following Sicknick’s death, his family said: ‘Brian is a hero and that is what we would like people to remember’. At the time, the family said the ‘direct causes’ of his injuries were not known.

Last month, Julian Elie Khater, 32, of Pennsylvania, and George Pierre Tanios, 39, of West Virginia, were arrested for allegedly attacking Sicknick using bear spray. Their charges included assaulting a federal officer with a dangerous weapon and conspiracy to injure an officer.

Sicknick, who joined the US Capitol Police in 2008, was one of five people who died during the riot.