A wildfire ravaging ancient woodlands in California is closing in on the world’s biggest tree.

Firefighters are battling to get a blaze in the Sequoia National Park under control after it spread to within a mile of some of the world’s most spectacular natural terrain.

The base of 2,500-year-old General Sherman, a 275 ft tree which is the largest by volume on the planet, has been wrapped in fire-resistant aluminum as a last resort.

Two lightning strikes triggered the fires, which are known collectively as the KNP Complex and have destroyed 18 square miles of forest so far.

Giant sequoias are adapted to fire, which can help them thrive by releasing seeds, but the extraordinary intensity of fires can overwhelm the trees.

Around 2,500 people have been evacuated from their homes and crews have bulldozed a trench between the forest and the community to prevent the blaze spreading to houses.

Weather conditions prevented the flames from spreading in recent days but gusty winds and lower humidity are forecast on Sunday, perfect conditions for a wildfire.


A series of fires caused by lightning strikes are ripping through some of America’s most treasure woodland (Picture: EPA) 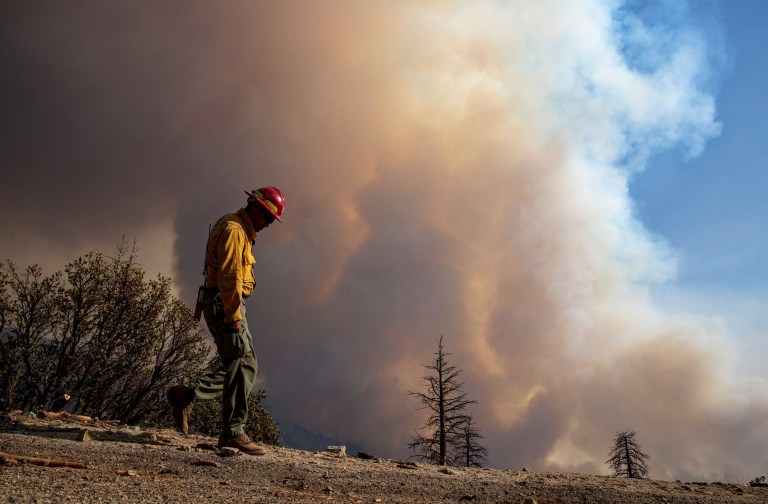 Firefighters are battling to prevent it from spreading to an area where some of the world’s oldest and biggest trees stand (Picture: Los Angeles Times/REX/Shutterstock) 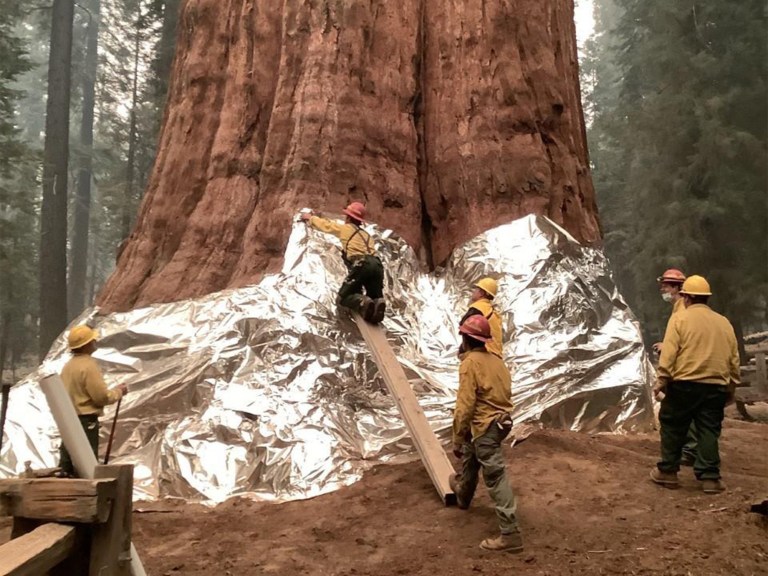 The base of the trunks of giant sequoias have been wrapped in fire-proof material to stop it spreading up from flammable brush on the floor (Picture: AFP) 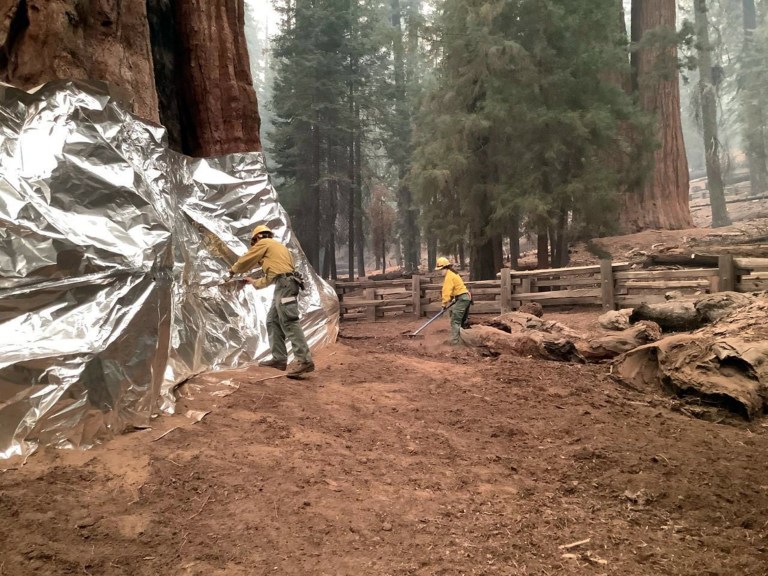 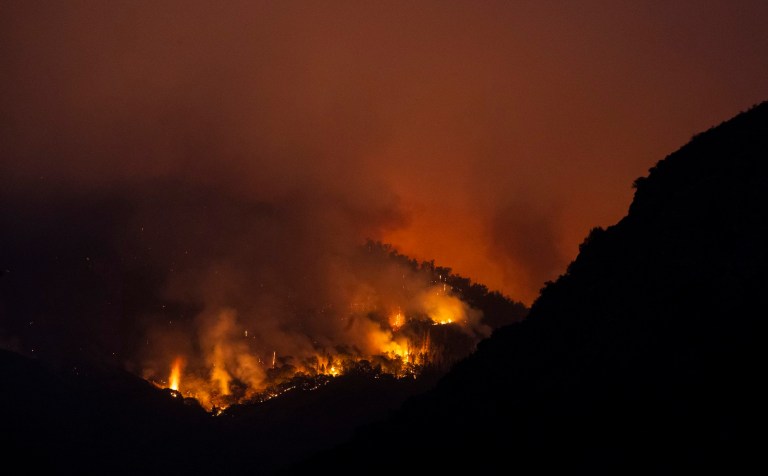 The spread has not been as bad as feared in recent days but the weather forecast is due to change for the worst tomorrow (Picture: Polaris/Eyevine)

Fire service spokesperson Rebecca Paterson said: ‘There isn’t a lot of extreme weather predicted for the next few days, which is good news, there’s not a lot of big wind shifts predicted. However, there’s also no rain predicted.

‘So we’re anticipating that the fires are going to continue to grow. Hopefully they’re not going to grow too fast.’

To the south, one of the fires has grown to nearly 11 square miles and burned into one grove of sequoias and threatens others.

Tim Borden, who is sequoia restoration and stewardship manager for the Save the Redwoods League, told the Bay Area News Group: ‘These groves are just as impressive and just as ecologically important to the forest.

‘They just aren’t as well known. My heart sinks when I think about it.’

Fire officials haven’t yet been able to determine how much damage was done to the groves, which are in remote and hard-to-reach areas.

Last year, the Castle Fire killed an estimated 7,500 to 10,600 large sequoias, according to the National Park Service. That was an estimated 10% to 14% of all the sequoias in the world.

The current fires are eating through tinder-dry timber, grass and brush which have been dried out after a searing hot summer.