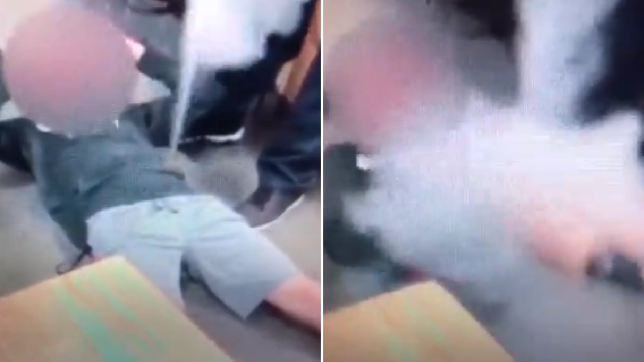 A teacher has been convicted of child endangerment after burning a boy’s crotch with liquid nitrogen in a science experiment gone wrong (Pictures: Twitter)

This is the wince-inducing moment a schoolboy convulsed with pain after a teacher poured liquid nitrogen on his groin in a science experiment gone wrong. Garry Brodersen, 66, was filmed accidentally injuring the child with the freezing substance in May 2018, and was convicted of child endangerment Wednesday.

Brodersen poured the dangerous substance onto the boy’s chest at Barlett High School in Chicago as part of an experiment he’d previously carried out. But he ended up decanting too much of the liquid nitrogen, and it left the boy with severe burns to his groin.

The boy, whose name and age has not been shared, also suffered a burnt finger, the Daily Herald reported. It is unclear what the purpose of the failed experiment was, and no updates have been given on the injured child’s condition.

Jurors deliberated for four hours before finding Roberson guilty of reckless conduct and endangering the health or life of a child – both misdemeanor offenses.

Brodersen was put on administrative leave after the accident. 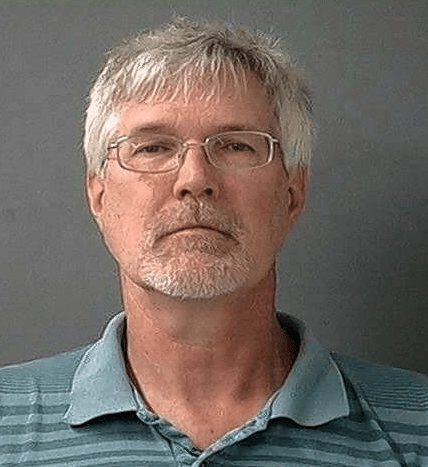 It is unclear whether he remains employed by the school in the wake of his conviction.

He is currently free on bond, and is due back in court on March 18, when he is likely to be sentenced.