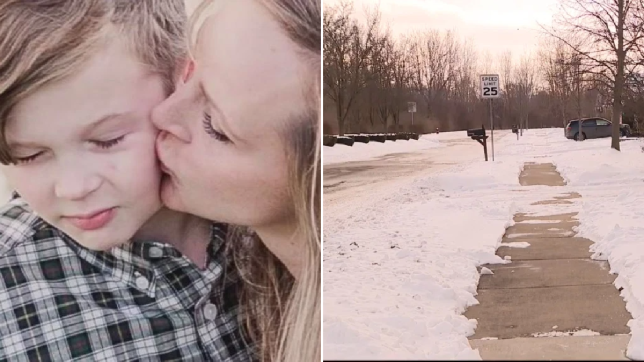 George, left, is in hospital in critical condition (Picture: GoFundMe/Fox 2)

A nine-year-old boy smashed into a parked car while being towed in a plastic sledge by his dad’s jeep.

Schoolboy George Phillips has been left in a coma with a bleed on the brain following the horrific accident on Saturday afternoon in Rochester Hills, Michigan.

The boy remains in ‘critical condition’ in hospital and also has a broken leg, reports Fox 2.

His unnamed father – who was driving the jeep that was pulling George in the middle of the road – may be charged by police for his involvement in the accident, according to Oakland County Police.

Sheriff Mike Bouchard said: ‘As they came around the cul-de-sac the sled slid out and the young child hit a parked car and caused traumatic critical injuries.

‘Ultimately a report by our accident investigators will be generated and presented to the prosecutor’s office and they will make a determination if any charges are levied.’

George was initially treated at the Royal Oak Beaumont hospital – where his mother works as a nurse – before being airlifted to the Detroit Children’s Hospital.

According to a GoFundMe page set up for George’s medical bills, his mother, Jessica Phillips, was working on the floor above at the Royal Oak hospital when her son arrived in the trauma room.

The fundraising page says George is in a medically induced coma and is on a ventilator.

Sheriff Bouchard added that the boy and his father, who is from Royal Oak, were in Rochester Hills visiting relatives at the time of the accident. They also believe that alcohol does was not a factor. 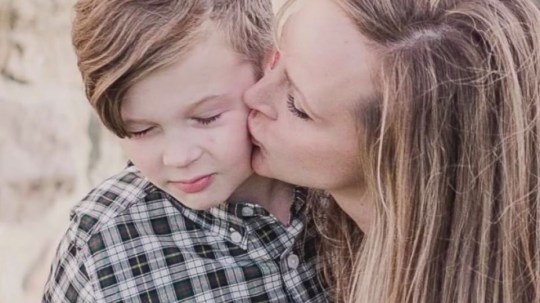 Bouchard added: ‘There are lots of hidden damages when you’re trying to drag somebody in the snow.

‘I have to remind myself of my oldest brother went down a hill once was once and there was a giant rock that was buried in the snow and it caused a hematoma, very serious injury to his head.’

Wilshere at Arsenal and Gomes at Man Utd