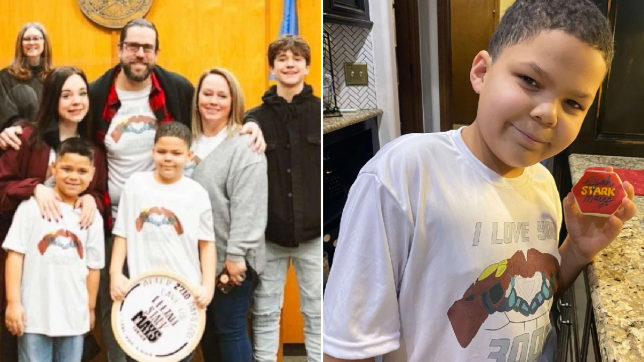 Elijah Mays was adopted on January 22 after spending more than 2,700 days waiting for a forever home (Picture: ABC News)

A nine-year-old boy who spent more than seven years in foster care now has a forever home after finally getting adopted.

Elijah Mays has been fostered by different families ever since he was a toddler – but now he has a family he can call his own.

He was adopted in January by Mandi and Jon Mays of Oklahoma City, Oklahoma after being fostered by the family since 2016.

The Mays’ home turned out to be Elijah’s sixth and final placement and means he’s now part of a family-of-six. 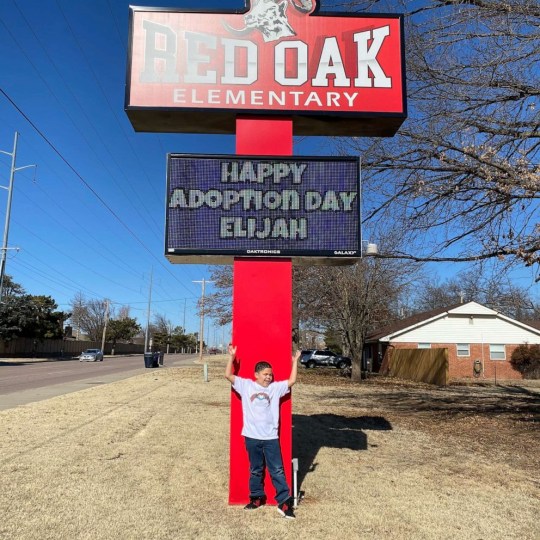 Elijah was fostered from the age of two (Picture: ABC) 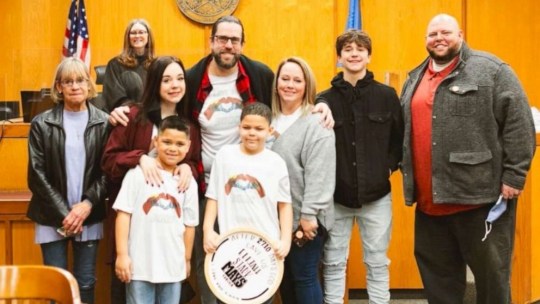 He was adopted by the Mays family and is now part of a family of six (Picture: ABC News)

Mandi Mays said: ‘These two kids just fit really well in our family. We decided that adoption was the completing piece.

‘He’s just fun to be around. He’s a wealth of random knowledge, he can tell you every Marvel movie from beginning to end.

Elijah was fostered since the age of two and Mandi added that at first, Elijah had some behavioral issues, though now he is settled, has overcome his problems.

‘When you are in your sixth placement since 2-and-a-half years young, your (mindset) is, ‘Do not attach to these people’, Mandi added.

‘By first grade he was straight-A student, he got an award and he just turned a corner.

‘I think it was, ‘Wow. These people gave me a chance for a really long time and I’m going to be OK.’

On January 22, after 2,710 days of waiting, Elijah was officially adopted by the Mays.

Following his adoption, Elijah was invited to meet Kevin Sitt, governor of Oklahoma, to tell him about his own dreams of one day becoming a politician. 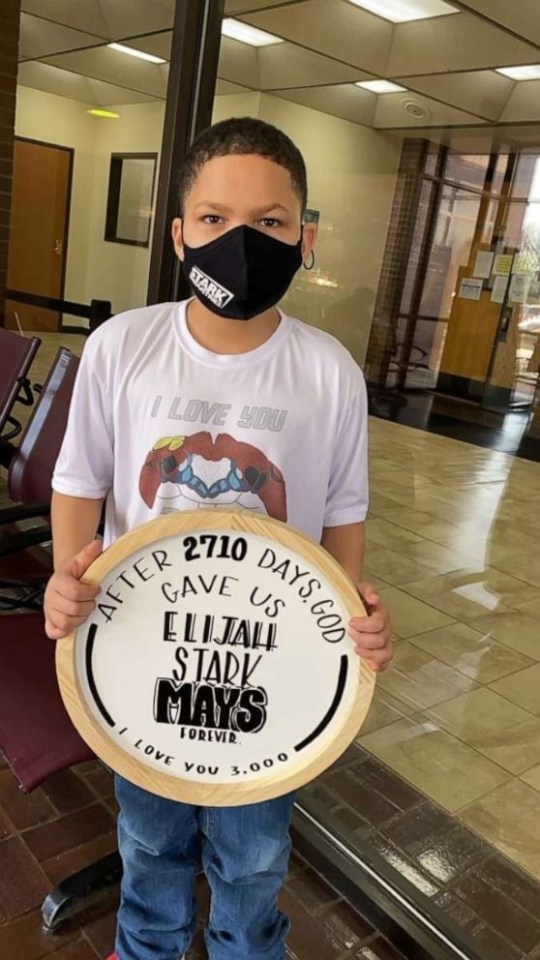 Mandi added: ‘He wants to be governor first and then president.’

Michael Danielson is the permanency planning supervisor of Department of Human Services in Oklahoma who dealt with Elijah’s case.

He said that the Mays family promised to stick with Elijah no matter of his circumstances.

‘He did have behavioral issues at first but the stability they gave him was exactly what he needed to recover from all the trauma he had been through’, Danielson said.

‘They were the perfect family for him. It’s one of those rare, dream-come-true homes.’ 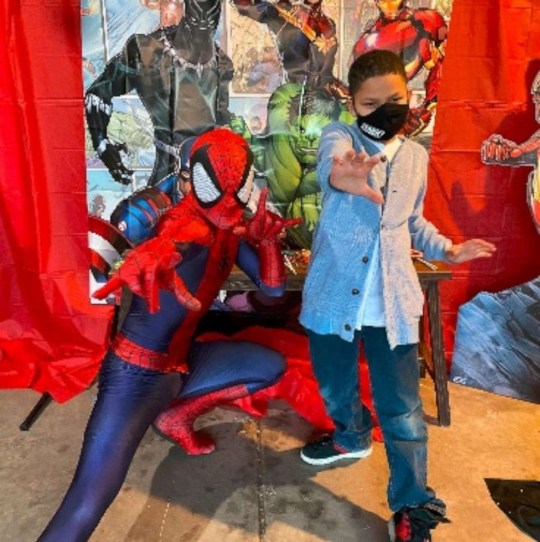 The schoolboy is a huge Marvel and superhero fan (Picture: ABC News)

After his adoption, family and friends held a pandemic-friendly, curbside celebration where some of Elijah’s classmates drove by to congratulate him, including Spider-Man.

Mandi said Elijah’s favorite movie is the Avengers and when he was able to choose his middle name upon adoption proceedings, Elijah chose the name Stark, after Tony Stark – the character who becomes the super hero Iron Man in the movie.

Is The Last Of Us HBO show based on the video game?