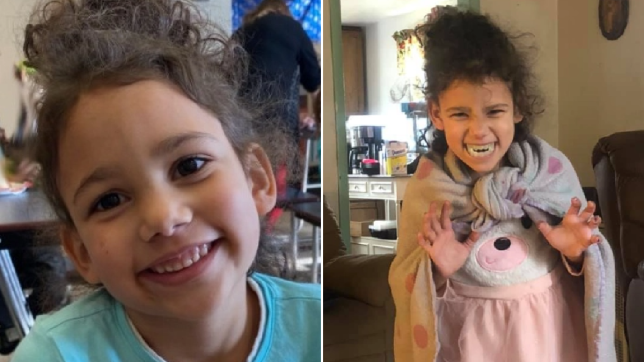 A 14 year-old girl accused of molesting and murdering a six year-old girl in a wooded area is now on suicide watch, a court heard. The suspect, who has not been named because of his age, is being closely monitored to ensure he does not harm himself a week after Grace Ross was found dead in New Carlisle, Indiana.

Monday’s court hearing was the first time the alleged molestation was mentioned, with Grace’s family breaking down on hearing of it during the hearing. The suspect – who was brought into court shackled and handcuffed – appeared to contest that element of the allegations against him.

Asked by a judge if he understood the prosecutor’s claims, the boy said: ‘I don’t understand all of it.’ The judge then asked: ‘What don’t you understand?’ with the boy answering: ‘Child molestation being part of it.’

Prosecutors are continuing to decide whether to charge the boy as an adult. He is undergoing psychiatric evaluation to see whether he is mentally competent to stand trial, with the results of that evaluation likely to decide how he is charged.

The boy’s lawyer has asked for the facts of the case to remain private for now, claiming they would prejudice the teenager’s defense case.

It is unclear whether he knew Grace, with investigators also yet to share a motive for the killing.

Grace’s grandfather Timothy Howard was among relatives in court – and he called for the full details of the case to be made public.

Howard told WSBT: ‘We do want to know all the details of what Grace went through during this tragic time.

‘I don’t know what he was thinking. He committed a crime that he has to pay for and that’s what we want. We want him to get justice.