A teenage boy had to be duct-taped to his seat during a flight after apparently trying to kick out the airplane’s window.

The teen allegedly threw a tantrum during the journey, and also fought with his mother, before he began kicking the window he was sat next to.

A passenger filmed the moment the boy was said to be restrained and the clip shows a flight attendant in the aisle with a roll of gray duct tape. 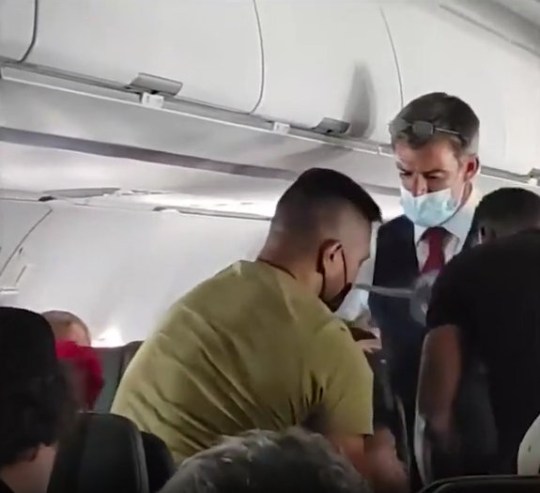 The mid-air drama was filmed by a fellow passenger (Picture: CBS News LA)

The flight was forced to divert to Honolulu, where the boy was taken into custody, according to CBS.

Speaking to the New York Post, American Airlines spokesperson Laura Masvidal confirmed that the plane was diverted to Honolulu ‘due to an incident with a passenger on board’, adding that ‘customers were re-accommodated on other flights or provided hotel accommodations’.

She added: ‘Safety and security is our top priority and we apologize to our customers for any inconvenience this caused.’

Masvidal, however, declined to provide details about the child, his family and what exactly happened in the incident. 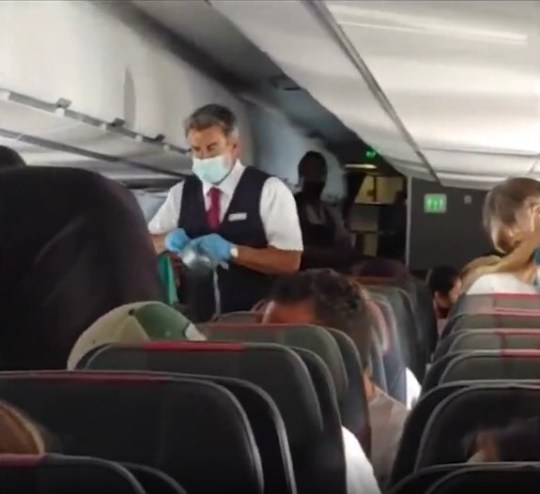 The mid-air drama was filmed by a fellow passenger (Picture: CBS News LA)

The mid-flight drama follows a string of other similar incidents in which plane passengers have had to be restrained with tape mid-flight.

Only last month a woman onboard an American Airlines flight was tied to her seat and gagged with duct tape after she allegedly bit a steward and tried to open the plane’s door mid-flight.

More recently, on August 3, duct tape was also used to restrain passenger Maxwell Berry, 22, who was tied to the back of a seat on a Frontier flight from Philadelphia to Miami for allegedly groping two attendants.