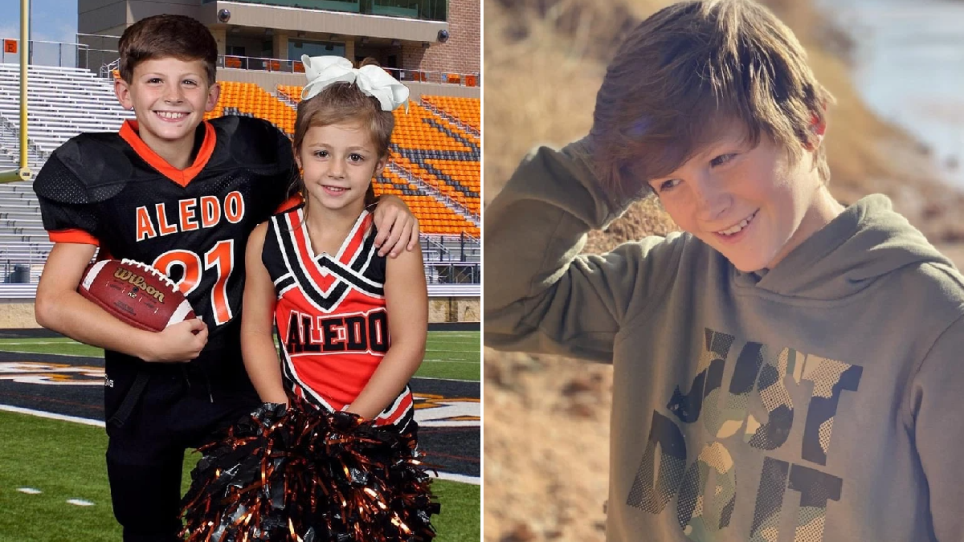 A 12-year-old boy was found hanged in his bedroom by his little sister after Covid lockdown measures made him feel ‘sad and lonely’.

Hayden Hunstable, from Aledo, Texas, tragically took his own life in April 2020, just three days before his thirteenth birthday, because he didn’t know how to deal with feeling isolated and depressed when Covid caused a nationwide shutdown.

He ‘would still be alive today’ if it wasn’t for Covid, according to his heartbroken father, Brad, 42, who is speaking out about his son’s sad death to help prevent future youth suicides.

Father-of-three, Brad, said he had no idea Hayden was depressed and says there were no warning signs of his suicidal mental state.

Yet, Brad has recalled the ‘horrific’ moment he found himself trying to save his son’s life on April 17, after his youngest daughter, Kinlee, now aged nine, found Hayden after he took his own life at their home.

Speaking to Metro.co.uk, Brad said: ‘Covid killed my son. I think Hayden would still be alive today if Covid had never happened. 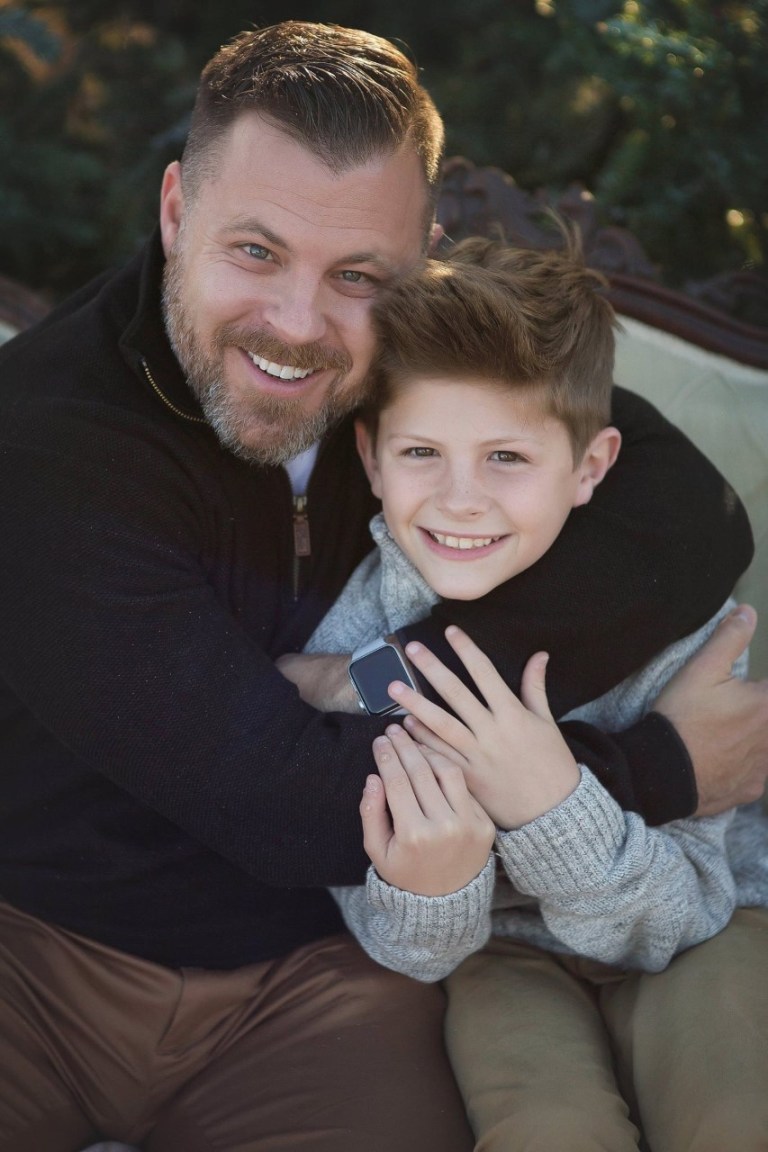 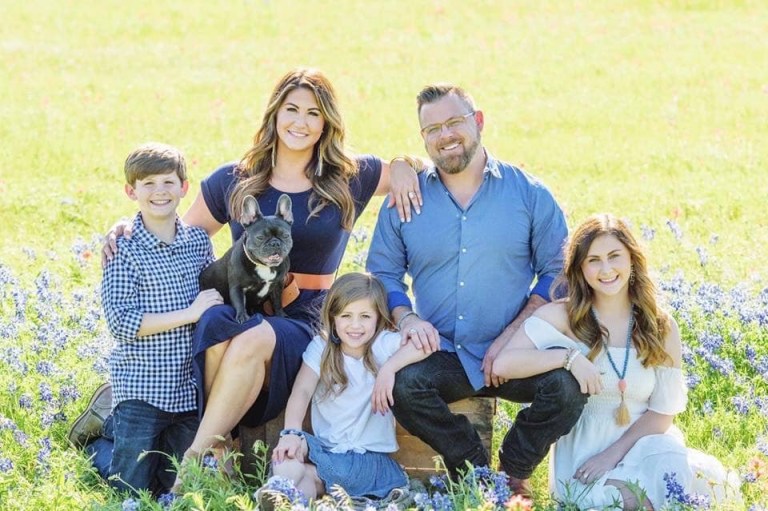 ‘I had no idea he was struggling or depressed, he was such a happy kid and loved his friends and family.

‘But Covid is a perfect storm for suicide and depression. I think everything just got on top of him, he felt overwhelmed and he made a tragic decision.

‘On April 17 our water went out at the house and my dad came over, Hayden helped us fix it. It was a beautiful sunny day and I gave him a hug and a kiss on the head.

‘Then when my dad left there was just me, Kinlee and Hayden at home. There was only a 30 minute window, Hayden had gone upstairs.

‘Then my daughter ran downstairs and said Hayden has hung himself. I ran up there, pulled him down and tried to save him.

‘I performed CPR but I couldn’t save him. He was gone.

‘I saw something horrific that day and I don’t wish it upon anybody. I still get nightmares about it.’ 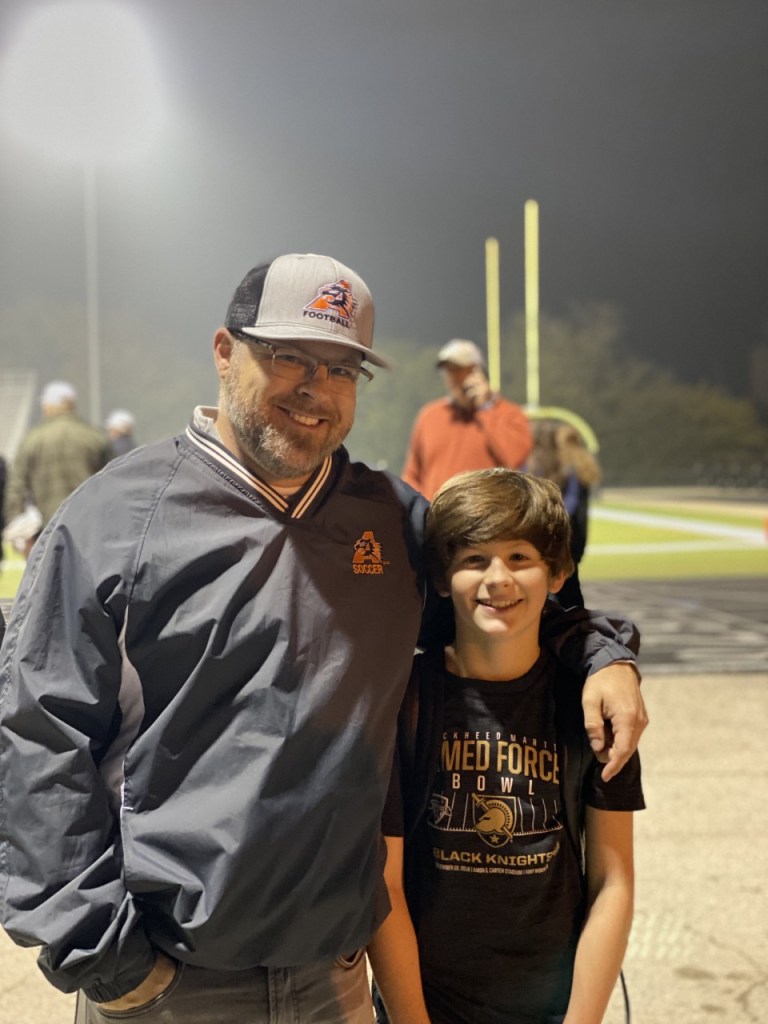 Brad tried to perform CPR on Hayden when he found him in his room (Picture: Brad Hunstable/metro.co.uk)

Hayden, who was a student at Aledo Middle School, loved going to go school and loved seeing his friends – so when he couldn’t do those things – it hit him hard, Brad said.

He also took a strong dislike to virtual learning when his school shutdown in March, and Brad said he thinks the separation from his friends coupled with his struggle with homeschooling led to Hayden feeling down.

But Brad believes Hayden may have been triggered into making a ‘tragic impulse decision’ by an accident at home involving his brand new computer monitor.

Brad, who is married to April, 39, said: ‘He loved football and he loved being around people, he was very social. 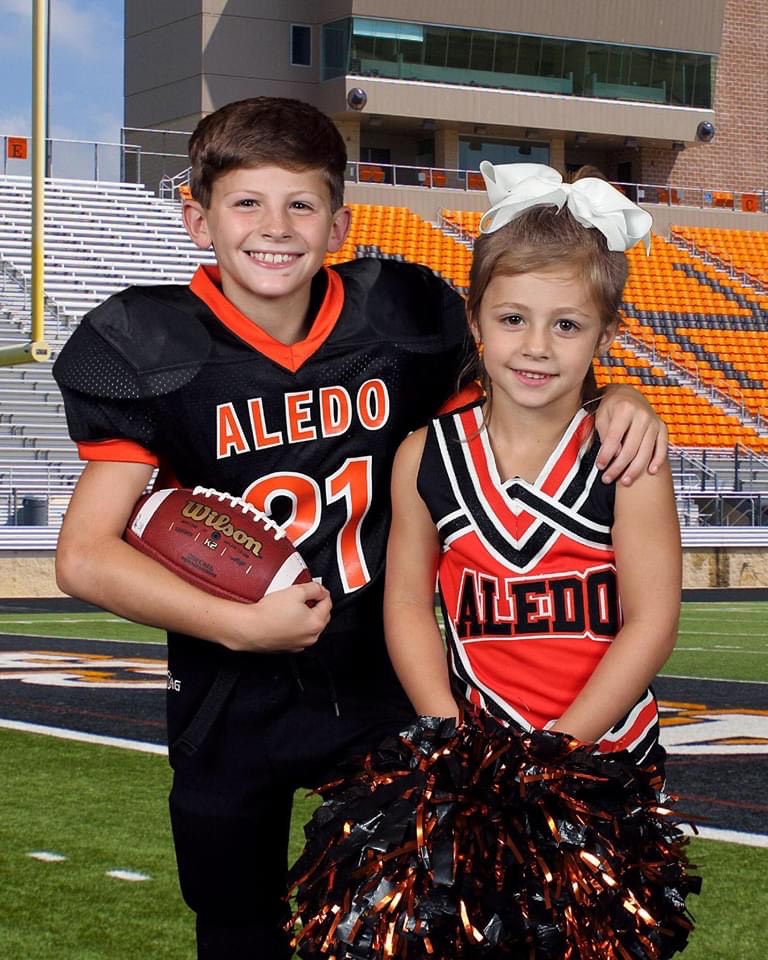 ‘He was a little guy but he had the heart of a lion. He was beloved by his friends and family.

‘We got him a big curved monitor for Christmas in 2019, just before lockdown, and he loved it. But he broke it by accident, he did something bad on a game, got frustrated and threw his controller.

‘He did some chores around the house and we got him a cheaper one in April because it was his birthday on April 21st and he wanted to play with his friends.

‘Because of Covid he couldn’t have a party so we got him a monitor for that.

‘Then when the police were investigating after April 17, they found out he broke his monitor again, right in the corner.

‘I don’t know if he was scared about getting into trouble of anxious about not being able to speak to his friends and ruining his birthday.

‘He either did it in impulsive anger or he got himself in a situation he couldn’t get out of.’ 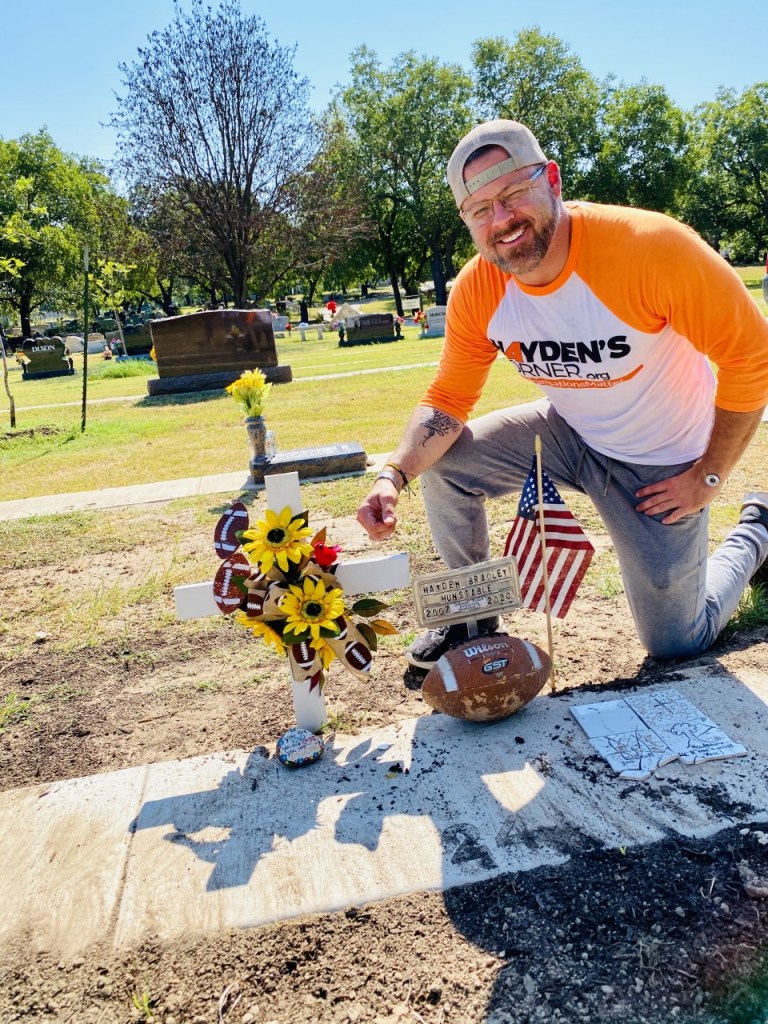 Brad said he never had a proper conversation with his children about their mental health or how to deal with depression. He believes if Hayden had been taught about what depression is and how to beat it, he may have been able to seek help that could have saved his life.

As a result, Brad has embarked on a mission to help prevent what he thinks will be a ‘mental health tsunami’ brought on by the stresses of the coronavirus pandemic.

In the US, suicide is one of the leading causes of death in children and young adults and Brad has launched an organization in Hayden’s name – called Hayden’s Corner – set up to encourage parents to talk to their children about mental health and how to deal with their feelings.

He’s also made a short film on the same subject called Almost 13, which shares Hayden’s story and discusses how to help kids live positively.

Brad said: ‘I am on a mission to solve youth suicide. Parents need to have conversations with their kids about their feelings.

‘I believe there is a mental health tsunami coming. We need to save this generation.’

Brad, who also had a 17-year-old daughter, Addy, went on to say that Hayden’s story has already helped many parents and their children in the US and across the world.

He has paid tribute to Hayden as a ‘hero’ and hopes his son’s legacy will lead to a reduction – however big or small – in youth suicide rates. 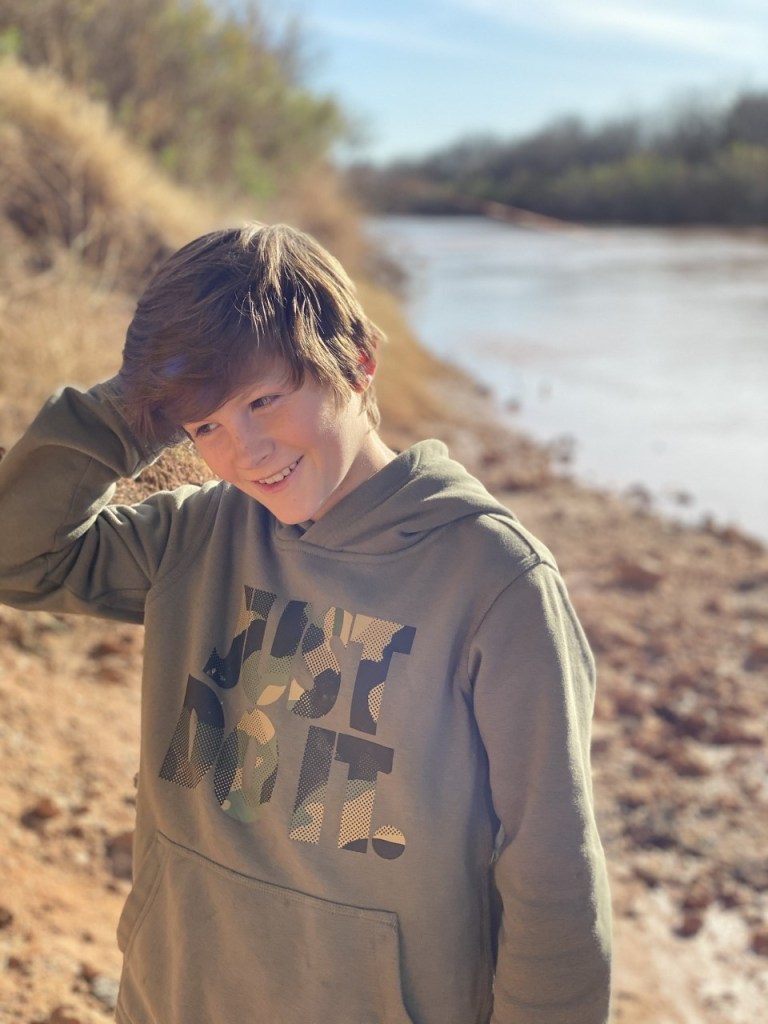 Brad has set up Hayden’s Corner in his sons name (Picture: Brad Hunstable/metro.co.uk)

Brad said: ‘He was my best friend, we were buddies. I still cry every day and I can’t change what happened.

‘I don’t want anyone else to go through this so I want to try to save other people.

‘Hayden is a hero because I think he has already saved so many people across the world.

‘I just hope I can do him justice.’

For more information, support and advice on suicide prevention visit the US National Suicide Prevention Lifeline or call 800-273-8255

If you’re in the UK, contact Samaritans on 116123 or visit a local Samaritans branch, see www.samaritans.org for details