The White House on Sunday reasserted its promise to capture or kill the perpetrators of the deadly attacks on Kabul airport, as Joe Biden travelled to Delaware for the repatriation of the bodies of the 13 US troops who died.

The “dignified transfer” of the remains of the victims at Dover air force base provided the most somber moment of Biden’s presidency to date, punctuating a crisis in Afghanistan that has seen his popularity plunge and allowed political opponents to wield the chaotic end to the 20-year war as a cudgel.

As the president was greeting the families of the fallen, his national security adviser was reasserting that the US would continue to be involved in Afghanistan, even after Tuesday’s evacuation deadline.

While Biden “does not intend to start a new war in Afghanistan”, Jake Sullivan told CBS’s Face the Nation, the president will continue to deploy drone strikes and to help Americans and Afghan allies leave.

Thirteen US troops and as many as 170 Afghans died in the suicide bomb and gun attack on Thursday. Biden said on Saturday the drone strike which killed two Islamic State targets on Friday “was not the last and we’ll continue to hunt down those involved”.

The president also warned that a new Isis terror attack was likely “in 24 to 36 hours”.

On Sunday, US officials told Reuters American forces launched a strike in Kabul on Sunday, targeting a possible suicide car bomb thought to be aiming to attack the airport.

Reuters reported that the officials said the targets were suspected Islamic State militants, from the group which claimed the airport attack on Thursday. The agency also said witnesses reported an explosion while TV footage showed black smoke.

Sullivan said: “He also is going to talk to his commanders about whatever set of tools and capabilities they need to get the people who attacked and killed our troops at the Kabul airport and to make sure that we are degrading and debilitating the group, Isis-K, that conducted this attack.

“So, yes, we will continue to take the kinds of over-the-horizon strikes like we did over the weekend against the Isis-K facilitators and plotters. And, yes, we will consider other operations to go after these guys, to get them and to take them off the battlefield.”

The Taliban, which controls Afghanistan, protested the Friday strike. Sullivan said “over-the-horizon” meant such strikes would be launched regardless of the Taliban’s wishes. He also indicated that such strikes could be implemented outside the country.

Anthony Blinken, the secretary of state, estimated that about 300 US citizens remain in Afghanistan and want to leave.

“We are very actively working to help them get to the airport, get on a plane and get out of Afghanistan,” Blinken told ABC’s This Week, shortly after the White House announced that the pace of evacuations had slowed. The US military flew about 2,900 people out of Kabul in the 24 hours to 3am Sunday, less than half the 6,800 evacuated the day before.

Blinken was asked how the US mission could continue with its embassy closed and military assets gone.

He said: “114 countries have made very clear that it is their expectation that the Taliban will permit freedom of travel going past 31 August, so that is a clear expectation across the entire international community.

“We have very significant leverage to work with over the weeks and months ahead to incentivise the Taliban to make good on its commitments. The Taliban have a strong interest in having an airport that functions [and] there are other ways to leave Afghanistan, including by road.”

The former CIA director and defense secretary Leon Panetta said this week the US would be forced to send troops back into Afghanistan. Sullivan deflected an invitation to hit back.

“We are capable of suppressing the terrorism threat,” he said, “including external plotting capabilities without a large permanent presence on the ground. We have done that in places like Libya and Somalia, places like Yemen. And we will do that in Afghanistan as well as we go forward.”

As the military began to withdraw from Kabul, the Pentagon said on Saturday it had evacuated nearly 120,000 Americans and Afghan allies. Asked if all US citizens would be evacuated before the deadline, Sullivan said: “We have the capacity to have 300 Americans, which is roughly the number we think are remaining, come to the airport and get on planes in the time that is remaining.

“So from our point of view, there is an opportunity right now for American citizens to come, to be admitted to the airport and to be evacuated safely and effectively. There are those Americans, though, and this is important, who have chosen thus far not to leave Kabul. Maybe they’ve lived there for many years. Maybe they have extended family there.

A Marine with the 24th Marine Expeditionary Unit carries a baby as the family processes through the evacuation control center in Kabul. Photograph: Staff Sgt. Victor Mancilla/AP

That would not mean relying on Taliban co-operation, Sullivan said.

“This is about ensuring that we use the leverage we have available to us, and it is considerable, to hold the Taliban to its commitments. The Taliban have both communicated privately and publicly that they will allow for safe passage. We’re not just going to take their word for it. We’ve rallied dozens of countries from around the world to stand with us in saying to the Taliban that if they do not follow through on those commitments, there will be significant consequences.”

Asked about Biden’s morale in a White House besieged by Republicans and a suddenly hostile press, and with a category 4 hurricane bearing down on New Orleans, Sullivan said: “I would describe the president’s approach to this in recent days in one word: focused.

“He is laser-focused 24 hours a day on protecting our forces there and getting this mission complete, getting these folks home safely and then executing the retrograde in a professional way.”

Speaking to NBC’s Meet the Press in an interview broadcast as Biden visited Dover air force base, Blinken offered condolences to the families of the troops killed in Kabul, including the father of Marine L/cpl Kareem Nikoui, who on Saturday blamed Biden for his son’s death.

“They sent my son over there as a paper pusher then had the Taliban providing security,” Steve Nikoui said. “Biden turned his back on him. That’s it.”

Blinken said: “If I were in his shoes, probably I’d feel exactly the same way. There are no words that anyone can say to assuage the grief that a parent is feeling at the loss of their child.

“All I can do is take responsibility for my own actions and do everything possible to continue to bring people out of Afghanistan. That’s my responsibility. But as a parent myself I feel deeply what he expressed. All I can say is I’m deeply, deeply sorry.” 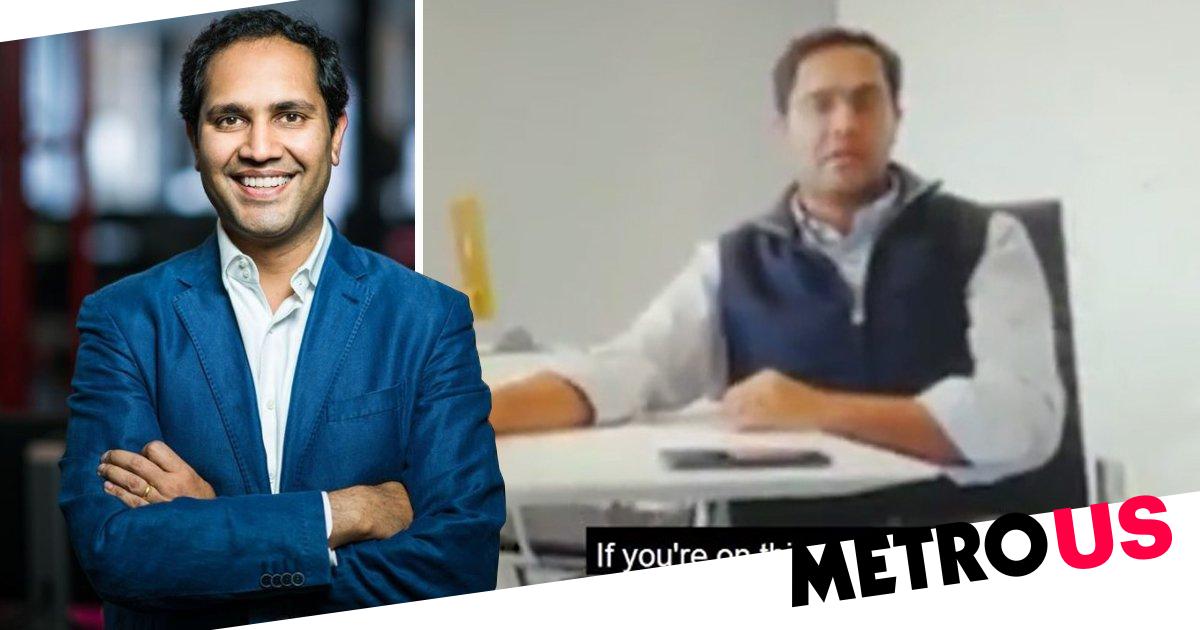