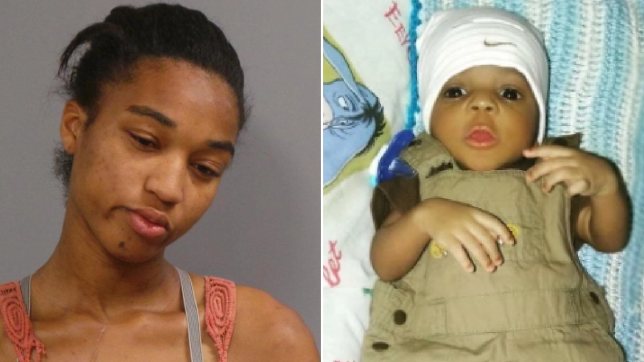 Makayla Hill, left, has been jailed for five years for starving two and a half month son Samuel Williamson to death

A battered mother who starved her two month-old baby boy to death after being moved into a shelter has been jailed for five years. Makayla Hill, 27, was jailed in Clayton, Missouri, on Tuesday after striking a plea deal which saw her admit child endangerment over the September 2018 death of her son Samuel Williamson.

Hill has already served two years behind bars awaiting trial, meaning she will be freed in 2024. Before Tuesday’s plea deal, she had been facing charges of second-degree murder and child abuse resulting in death. Samuel was found unresponsive at a hotel where Hill was living with her baby and toddler.

He could not be saved, with a subsequent autopsy showing that Samuel had died of malnourishment. Hill had not fed her son in the 12 hours leading up to his death, and did not initially seek help when she found him passed out.

He had been in and out of local hospitals multiple times during his short life, including one visit amid concerns over his weight. A month before his death, Samuel was admitted after he stopped breathing and began vomiting blood. But Samuel was released each time after his health began to improve. 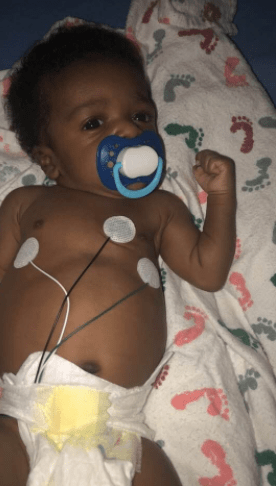 Samuel died in September 2018, while his mother was living in a hotel provided by a women’s refuge after being beaten by her partner

A week after his last hospital discharge, Samuel’s dad attacked Hill, prompting a women’s shelter to house her in a hotel for her own safety.

Lohn said Hill was suffering from post-partum depression, and was struggling to manage a toddler and baby, as well as the arrest of her partner and loss of her home.

The court was told that had Hill gone to trial, an expert witness would have testified that Samuel suffered from a rare genetic disorder that made him reject food, and meant that he didn’t cry when he was hungry or thirsty.